Members of the Insulate Britain group have once again taken to blocking traffic as part of their demonstrations calling for every home in the UK to be upgraded with energy efficiency measures by 2050. Earlier this week, the group's protesters blocked traffic on the M25. Today, Insulate Britain's demonstrators have targeted a road leading into the Port of Dover. 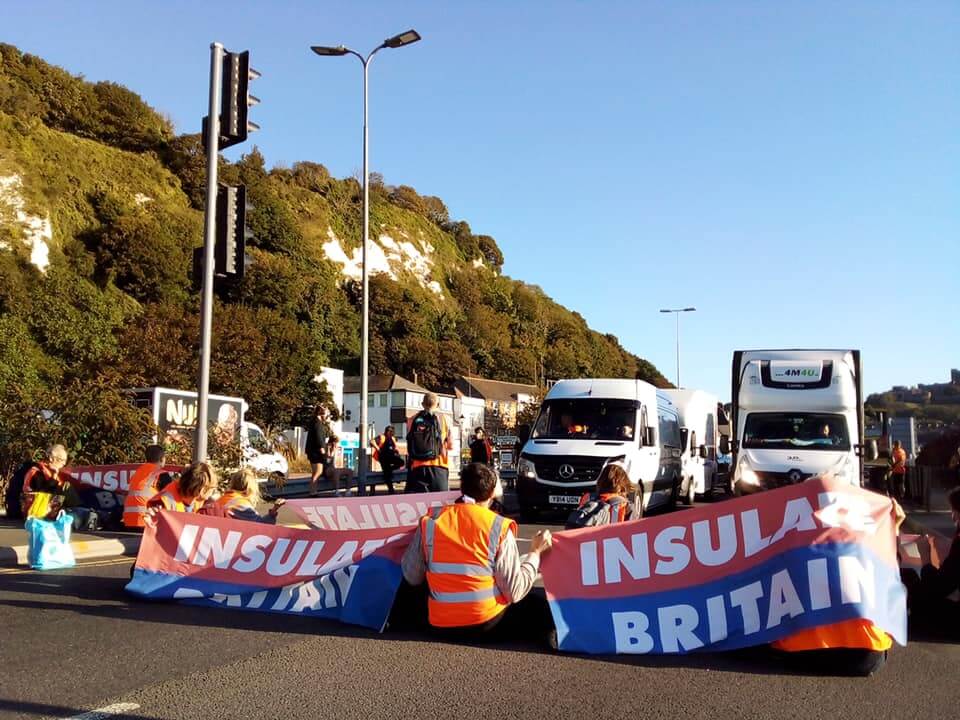 As a result of the disruption caused by the demonstration, the Port of Dover has warned that anyone due to visit the port should allow plenty of time for their journey:

Protesters are currently blocking the entrance to the Port. Kent Police are on the scene. Allow plenty of time for your journey and check with your ferry operator for updates. The Port remains open but the entrance is blocked.

As Sky News reports, 40 people in two groups have blocked the A20 at the Eastern Docks roundabout and near the junction with Union Street for the Western Docks.

Writing on Facebook, Insulate Britain said that “Disruption is the only way to draw attention to ill health & early death as a result of fuel poverty”

Live traffic data from Google at the time of this article’s publication suggests that the protest has caused significant traffic build up in Dover.