The fully revamped European Alternative Fuels Observatory (EAFO3.0) was launched last week by the European Commission. The upgraded Observatory provides an insight into the number of alternative fuel trucks in different countries; what kind of incentives and benefits the states provide for owners, and a breakdown of the infrastructure rollout. 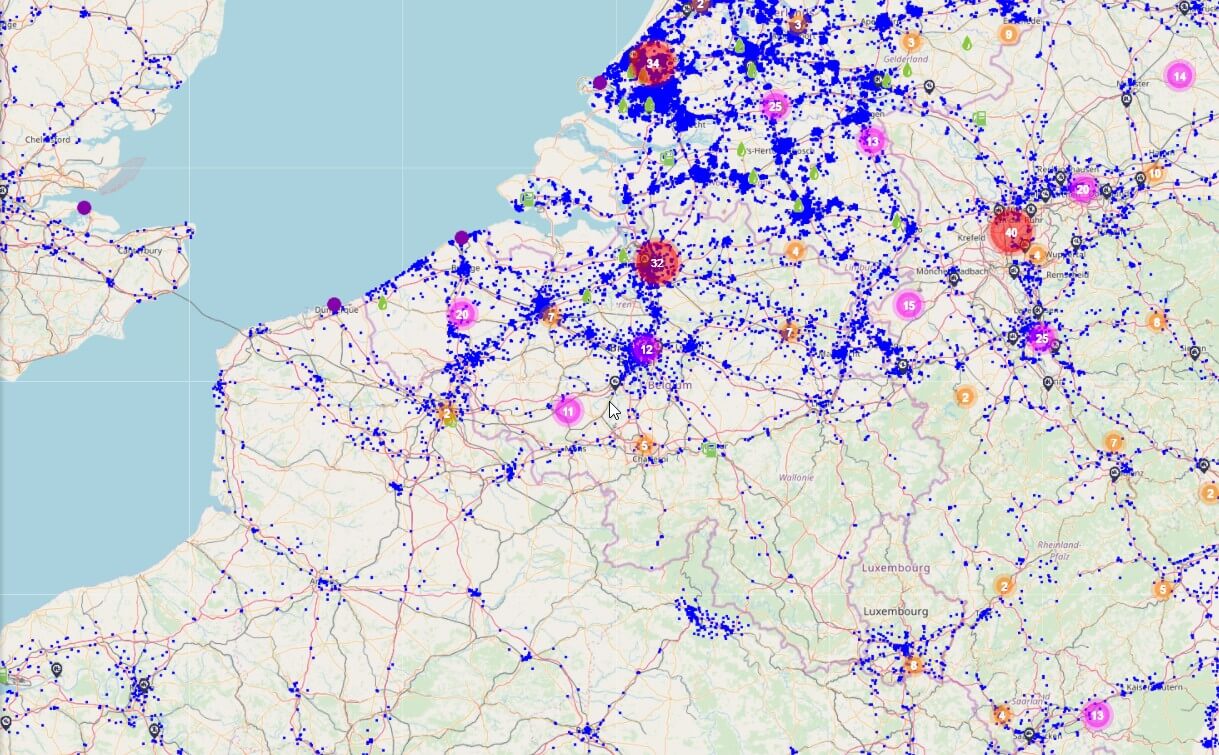 Over the course of 2022, the observatory will gradually be expanded to cover rail and aviation, in addition to the road and waterborne sectors already covered. A consumer information section will also be added.

Number of alternative fuel trucks in the UK vs in Germany

Looking at the statistics, the sudden growth of battery electric (BEV) and CNG powered HGVs after 2018 is very obvious: the total number of BRV trucks grew from 63 to 438 in just 4 years. 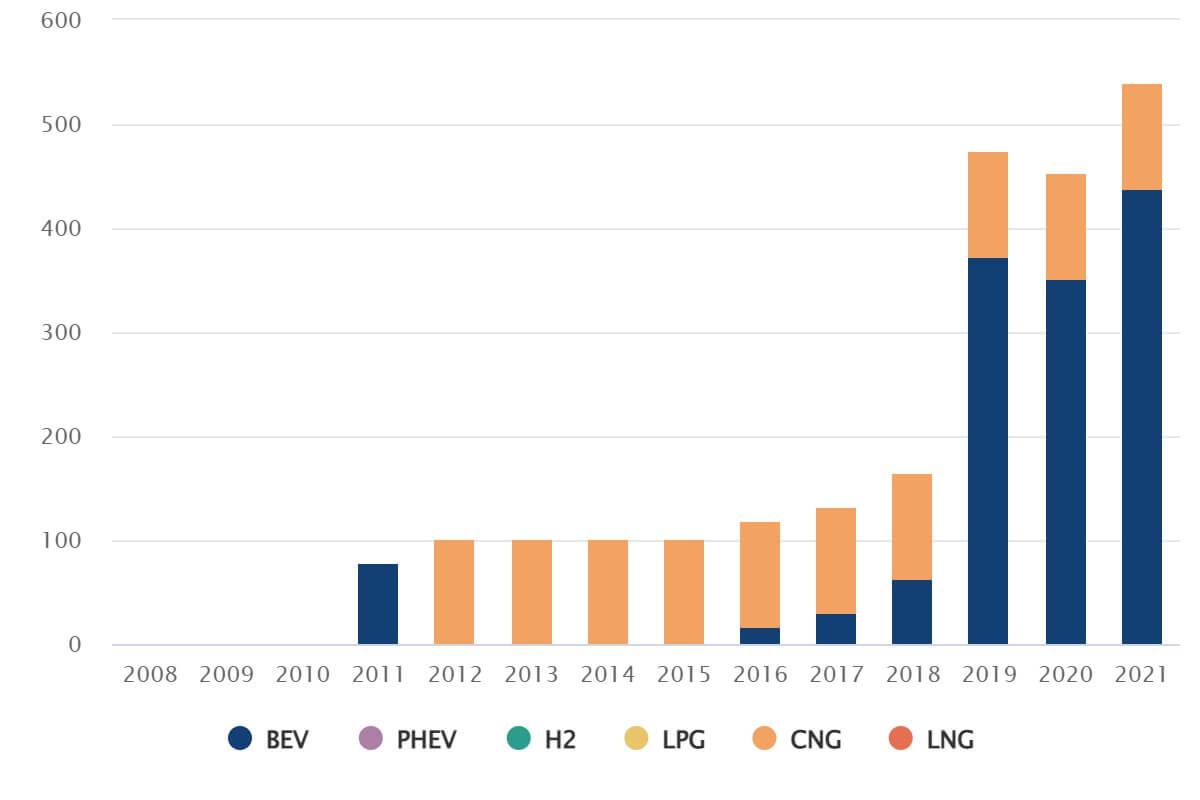 The landscape in Germany, the most important T&L country in Europe, is a bit more diverse with the addition of LPG HGVs into the mix.

CPG trucks appeared earlier on the German roads than in the UK, there were 3676 such trucks on the roads already in 2009, and these were the first and only vehicles powered alternatively. After a sudden decline in their numbers in 2016, the transition towards climate-friendly drives started again in 2019 – with the newly available BEV and CNG lorries. 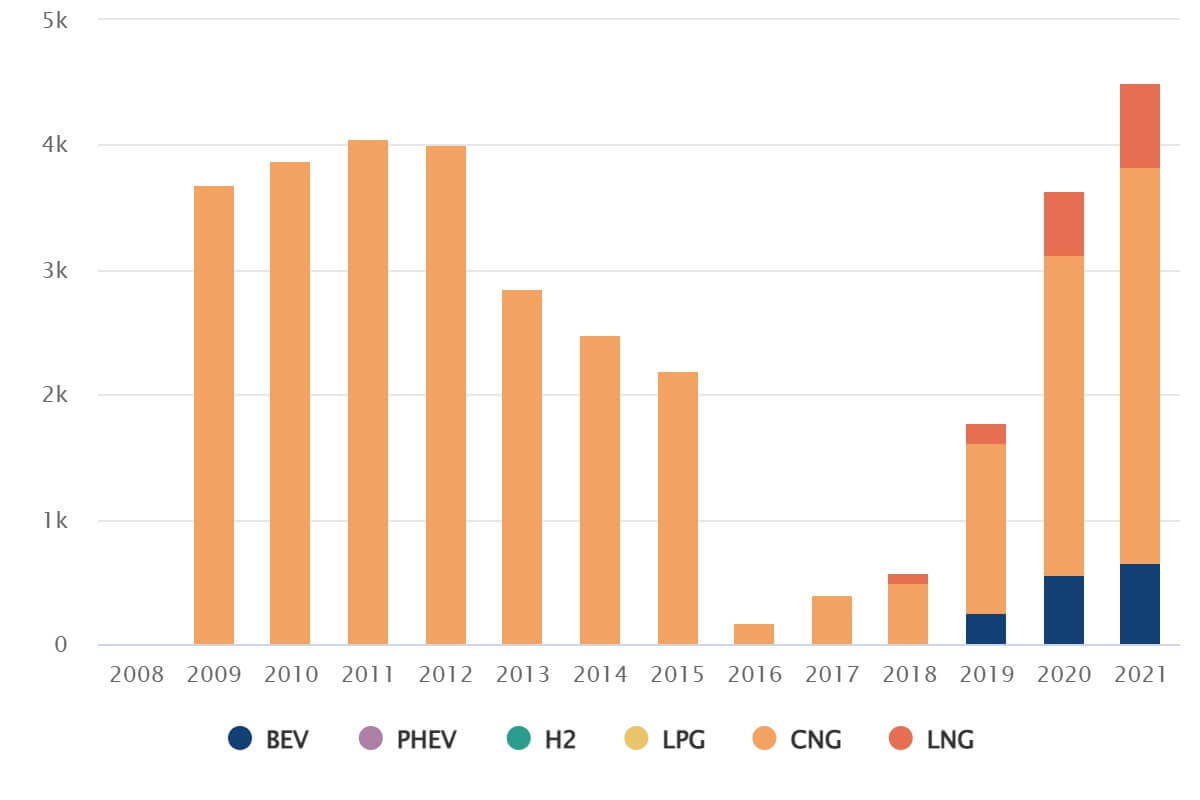