Electrified parking allows truckers to cool down with their engines off 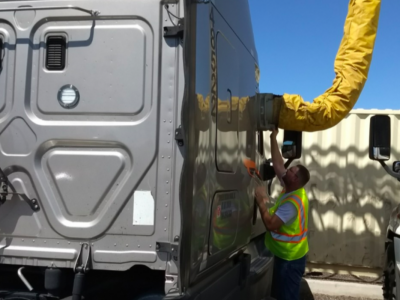 Electrified parking spaces are being utilised in America to reduce emissions while providing comfort for drivers. As part of the DERA (Diesel Emissions Reduction Act) project, the US government is offering subsidies to create such parking spaces.

The first electrified parking spaces (EPS), also known as Truck Stop Electrification (TSE), were created in the United States 10 years ago. Since then, many companies offering such solutions have emerged on the market, e.g. IdleAire Technologies Corporation, Shorepower Technologies. There are also well-known companies in the mix too, such as Caterpillar, Volvo, Phillips and Schneider.

Thanks to electrified parking spaces, truck drivers can switch off the engine during a break and enjoy heating or air conditioning at the same time, depending on the season. EPS also supplies the electricity required for the operation of a plug-in cooling system in cold stores. Sometimes EPS also offers truckers access to WiFi and TV.

The US government has decided to subsidise the creation of such parking spaces as part of the DERA 2019/2020 programme to reduce exhaust emissions. Companies that decide to ‘electrify’ their parking lots for trucks can count on 30% funding.

The electrified parking spaces have been created in response to US regulations that limit the time engines can be idle while stationary, which are aimed at reducing exhaust emissions.

“Over the past 10 years, we have seen a significant increase in state and local laws to prevent idling,” said David Kiefer, Director of Marketing and Product Management at Carrier Transicold, quoted by fleetequipmentmag.com.

As Kiefer points out, it is not easy for carriers to keep up with these regulations, as they vary from city to city and state to state. In addition, some regulations are emission-based, while others address, for example, the level of noise generated.

Although most idling regulations limit idling to three or five minutes, the national limits vary from 0 to 20 minutes. Fines can be considerable, so knowing local rules is important,” he explains.

Another argument in favour of EPS is savings. According to the estimates of fleetequipmentmag.com, a typical fleet truck in the United States can use up to 3,000 gallons (approx. 11,500 litres) of diesel fuel a year when stationary.

As Schneider, one of the largest US carriers, points out, the cost of supplying electricity when the truck is stationary is little compared to the price of the fuel it burns. While a gallon of diesel costs as much as $3 (a truck can burn up to 3.5 gallons in an hour while at an idle speed), the cost of electricity from the IdleAir ESP used by Schneider is 25 cents per hour. Meanwhile, using an ESP in a publicly accessible parking lot costs about $1 per hour.

At the end of last year, the operator created 20 electrified parking spaces at one of its operating centres (pictured below). Each of these give drivers access to air conditioning, heating, Wi-Fi and TV without having to switch on the engine. 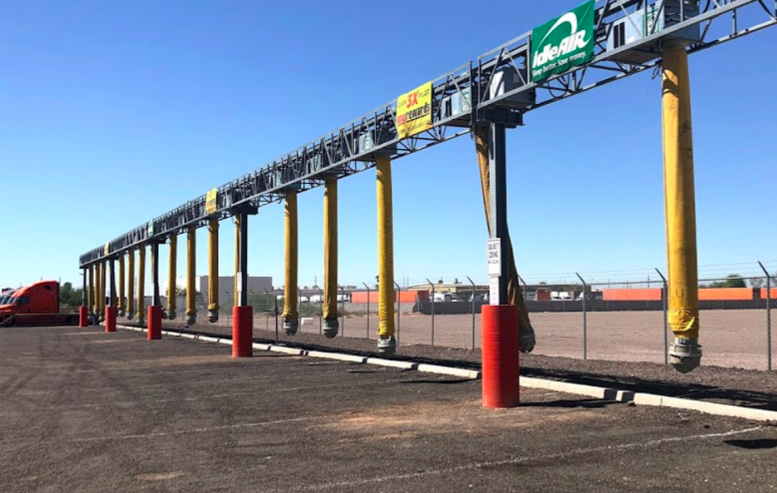