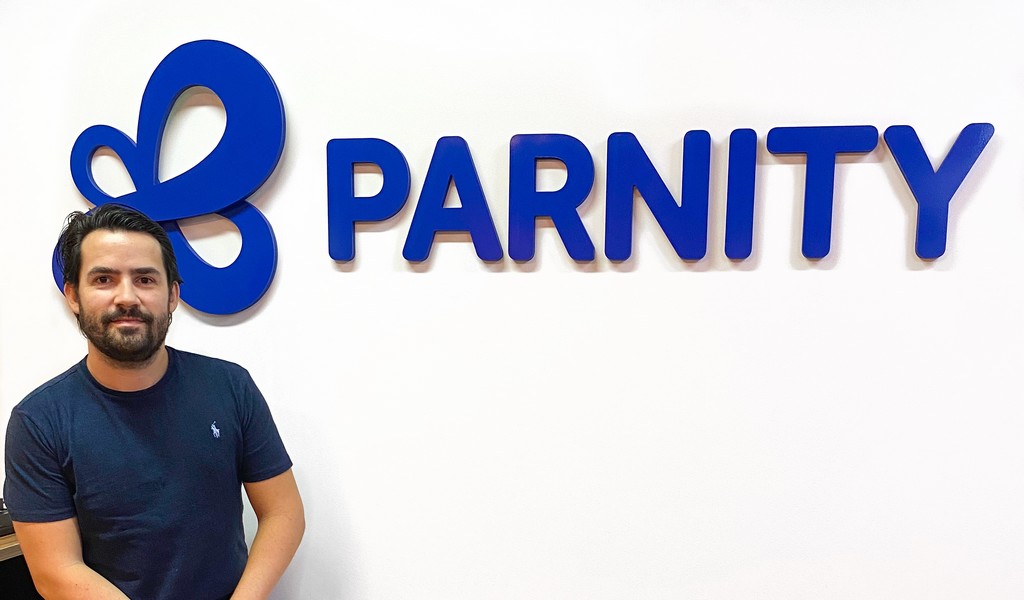 As we all know well, Logistics is very much a global business. Thus it naturally pays dividends to know what’s going in places that would normally be off our radar. For this very reason, we reached out to Brazillian Guilherme Luz, CEO of Parnity, one of Latin America’s most rapidly growing logistics startups.

Guilherme has worked in the industry since he was a teenager, and went on to set up Twig – a logistics network that represents a group of over 200 forwarders, with a combined turnover of over 1.8 billion dollars, and over 8000 employees. . The ambitious Brazillian is now focusing on Parnity, a platform for freight forwarder partnering. The service currently has around 12,000 companies signed up from over 190 countries.

In this latest Trans.INFO exclusive, we tapped into Guilherme’s knowledge of the Latin American logistics market, and learned why the Brazilian believes conventional logistics firms must digitalize and adapt their company culture to survive.

Thanks for talking to us Guilherme. Could you tell us a little bit about your background in logistics and why you start Parnity?

I have been working in logistics since I was 17; I started off working in a port in my hometown in South Brazil. I then moved to an ocean carrier and also worked in a freight forwarding company. It was then that I was tasked with developing partnerships while networking with other freight forwarders from all over the world.

During this 4-year stint I was in contact with many freight forwarding companies and was the one responsible for establishing partnerships. I had a good time there, participating in face-to-face meetings, conferences with freight forwarders from all the continents and so on.

However, something that struck me at the time was how people’s perception of a logistics network appeared rather traditional and old-fashioned. So in 2012, I decided to take the plunge and open my own logistics network called Twig. It worked in the same manner as many other logistics networks with paid memberships. We held a number of conferences in different countries over an eight year period.

Then, having built the largest and the most technologically-advanced network of its kind in the world, I saw an opportunity where I thought that we could develop even more of these connections between independent freight forwarders across the globe.

Just to be clear, Parnity is not a logistics network, but rather a platform for freight forwarder partnering. We are creating a platform where companies can not only know and meet each other, but also manage partnerships and access several tools. We are thus developing tools and solutions for all the touch points between the partnership of two freight forwarders.

Our main goal is to become the main worldwide platform for freight forwarders and provide everything companies need with regards to partnerships, whether it be communication management, payments, data exchange, and so on. To date, we have 12,000 around companies listed in over  190 countries.

How easy is it for startups in Brazil?

Well, Brazil is becoming a good hub for startups, with companies offering strong innovations with big evaluations. Right now though, much like the rest of the world, companies are learning how to grow by working for the home.

Brazil is a very young market for a startup community and we have some good companies developing here. But that’s all happened very recently. Unfortunately the bureaucracy makes things tough; there’s a lot of complicated documentation required to open a company in Brazil.That can really put off investors.

Another challenge we are experiencing at the moment is finding enough developers. Now that the pandemic allows people to work remotely from almost anywhere. That has resulted in a lot of Brazilian developers working remotely for American or European companies. The strength of the euro and the dollar naturally makes it difficult for native Brazillian firms to compete.

Brazil is of course a country that has a lot of ports. What sea freight patterns have you seen emerge since the pandemic kicked in?

Well, Brazil has a lot of imports from China, and now we are seeing very strong growth in shipping rates and a shortage of containers worldwide.

So in the light of these challenges, we’ve had problems bringing cargo to Brazil recently. In addition to that, there is a lack of options for freight forwarders, importers and other logistics companies when it comes to shipping containers to Brazil.

After the pandemic, what happens will ultimately depend on the economic situation of the countries in the region. And of course, if you don’t have that much volume to bring cargo, the shipping carriers will probably change their routes, maybe bring to some hubs in Latin America, perhaps Panama or Mexico.

So we need more time to understand how the bigger picture will look. For now though, we can see the big effect that high rates and shipping delays have had on the transport of containers from Asia to Latin America.

How much of a concern are the high shipping rates we’ve seen in recent times?

Unless we see some kind of intervention from governments or governing bodies, I fear we are going to hit numbers that we had never imagined before. I remember in Brazil some time ago, say a year ago, I saw rates of $1750  to and from Asia to Brazil. But in 2021 some rates reached $10,000 or $12,000 per container. So this is kind of crazy, right?

That’s something that people here are trying to grapple with. The situation means you cannot make future plans about how we’re going to work.

How easy is it for logistics companies to operate in South America?

The one thing that is common across Latin America is the complexity of doing business. This is mainly due to the bureaucratic barriers I mentioned earlier.

If any freight forwarder from Europe, Asia or the USA wants to send goods to Brazil, or use a freight forwarder partner in Brazil, they need to be very aware about our paperwork requirements and duties, because there are very big fines.

For example, if you have a typo or if you write something with the wrong color of the pen, that could incur a penalty of $1,000. You literally cannot have any kind of mistake, not even a small one such as a typo. That’s one of the biggest challenges companies with more digitization face when doing business in some Latin American countries. In Brazil, things are still more paper-based and this costs both time and money.

That’s why it is so crucial to find the right freight forwarder, which is something Parnity can facilitate. It’s vital for forwarders to understand the local market. They need to know how the customs work, how the clients work and how the documentation must be issued. Otherwise they’ll be a cost in the shape of fines.

And how much is Brazil warming to digitization?

Well, there’s a lot of companies in Latin America looking at digitization as a means of making productivity gains. They realize that technology is something that will make them save money and time, making them more competitive.

using ecommerce for the first time, only in Brazil we are talking about 10 million people.. That’s a huge number.

So many businesses, including those in logistics, understood that to become more competitive, they needed to embrace technology, not least because of the switch to working at home. Companies learned to go beyond email and look for solutions like communication tools and cloud systems.

At the same time, we can see a lot of logistics startups springing up – particularly in Germany, Israel and the United States. The sudden emergence of these companies shows that the logistics sector was perhaps a little behind the curve technology-wise compared to other markets.

On our side, we also saw a significant rise in the number of people signing up to Parnity

to make connections online. At first, this possibility was seen as something nice or unusual, then it became apparent it could make companies more competitive. Now it’s an absolute must.

Well, over the last eight  years I’ve been accustomed to face-to-face meetings. So I organized  a lot of great events in different countries with social activities and lectures and one-on-one meetings. I guess this was the standard way to do networking. So that’s something that was common to people and what people were used to.

Parnity was one of the first companies to offer digital conferences based on networking. More recently, we had a major online event in August of 2020.

We had good participation, and what we found was that companies realized they could network effectively at such online events. We expect double the amount of people to participate in this year’s event.

So there has been a change of perception I feel. When I had an idea to run a virtual conference three four years ago there was a lot of pushback, people told us they wanted to see people in the flesh, travel and so on. Now people are more willing to participate in these online events.

I’m not sure if people will wish to return to the face-to-face meetings once the pandemic situation has finished. Of course, many will say they will, because they love the idea and they have been used to it. But perhaps once you compare the prices and time involved, companies will look to use digital tools instead.

If we are talking about connections and getting to know people, I truly believe in digital networking events and conferences. It looks like we may only have digital events in 2021 – so maybe this is something that will be here to stay.

From what I understand, you are rather vocal about Parnity being a young, forward-thinking company. Do you see other logistics companies changing their culture to better suit the logistics professionals of the future?

Well, Parnity , as you said, is a very young and fresh company. We have built a nice, modern culture here. We are working every day to reinvent and be inclusive to all kinds of people.

I can foresee a lot of logistics companies changing because of the need to hire people. Talent from the young generation is required, and they don’t want to work in very traditional and old-fashioned companies. Therefore, some logistics companies have realized that they have to change in order to recruit young staff. At the same time, some of those young people are setting up their own logistics startups too.

Nobody wants to work in a very boring, traditional company anymore. So if companies want to be up-to-date, if they want to continue competing and offer good service, they need fresh-minded people with fresh ideas. And to do that they need to offer a nice environment.

It’s not only something I see changing at the moment, it’s simply something that literally must change. We need to have a more modern and fresh environment in the logistics companies of the future.