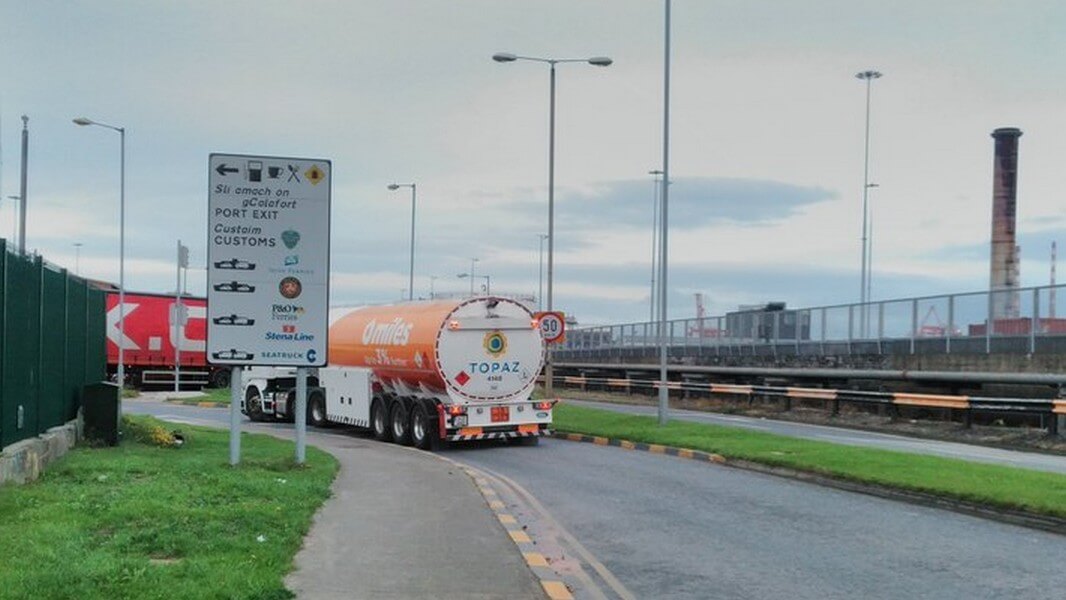 Irish Road Haulage Association President Eugene Drennan has said drivers could “take a weekend off” if the Irish Government fails to solve the customs problems that have been present since the end of the Brexit transition period.

Drennan, who has described the customs situation at Irish ports as “chaos”, made the threat during a brief interview with the Irish Independent:

If it’s a thing that it stays really, seriously blocked – you know, that our systems continue to cost us and it’s blocked – we might take a weekend off.

The IRHA President also claimed that IT experts had told him the current customs system is “not fit for purpose”:

We have IT experts telling us it is absolutely not fit for purpose. The Revenue have 27 email addresses and three different systems and then the protocols they use are haywire.

A meeting between Irish hauliers and the government is planned for later this week.

According to Revenue, Ireland’s customs and tax authority, roughly 79% of imports are being cleared through customs at Dublin Port without the need for additional checks. Of the remainder, 15% require extra document checks and 6% need physical or veterinary checks.

Tom Talbot, Revenue’s head of customs operations at Dublin Port, has suggested that Irish companies could avoid delays by sourcing from the EU instead of the UK.

News of the IRHA’s threat comes after a recent survey by Chartered Accountants Ireland (CAI) found over a third of Irish businesses have stopped shipping goods through Great Britain.

Cróna Clohisey, Public Policy Lead at Chartered Accountants Ireland, has said that the complexity surrounding rules of origin are partly to blame for the problems:

We have all seen reports of lorries unable to board ferries in Britain due to errors in paperwork and uncharacteristically Revenue issued emergency measures to allow businesses get through the customs system. The effect of the border down the Irish Sea as well as the complexities surrounding the rules of origin has been keenly felt, with one in three businesses we surveyed reporting that they have stopped shipping goods through Great Britain.

Meanwhile, direct ferry services between Ireland and France are continuing to be a huge draw for Irish hauliers. Last week, DFDS Route director Aidan Coffey said he was “blown away” by the demand on its new Rosslare to Dunkirk service.

Data shows that freight traffic at Rosslare port has increased by over 500% since the launch of the new Ireland-France ferries.