Russian truck manufacturer Kamaz has just celebrated its 50th anniversary. On this occasion, in the place where the plant was established – Naberezhnye Chelny – the manufacturer presented its latest creation – the 54907 Continent with an autonomous driving system. The company has many other proposals to offer, not only when it comes to technology.

The company summed up the 50 years of the company’s existence in a spectacular way by presenting work that Vladimir Putin himself admired at an exhibition in Naberezhnye Chelny, the home town of Kamaz. We are talking here about the Kamaz 2020 project, which has already been named 54907 Continent. The vehicle has become a symbol of the new technological concept of the manufacturer.

It is based on the Kamaz 54907, which in turn was modelled on its predecessor 5490. It stands out for its advanced technology. A number of displays are installed in the vehicle – for example, a 16-inch multimedia system display in the steering wheel and several additional ones instead of the side and overhead mirrors. The truck can change lanes autonomously without the intervention of the driver.  Instead of an additional fuel tank, it has electric drive with batteries. Thanks to this, the 40-tonne combination burns about 25 l/100 km, which is 17% less than its predecessor.

The manufacturer considered also the convenience for drivers. The cabin is equipped with a microwave oven, fridge, oven, washbasin, mirror and safe. An automated bed is located in the front of the cabin under the ceiling. There are also numerous storage compartments and plenty of space for the driver.

The launch of the new 54907 Continent is undoubtedly a very important event in the history of the company, but we must remember that it is only a prototype. A far greater achievement would be the 54901, on which the Continent was modelled and which came off the belt at the beginning of the year. Called the fifth generation truck, the vehicle was developed in cooperation with companies such as Daimler and Liebherr.

Kamaz 54901 can achieve a mileage of 1.2 million kilometers and the design of the cabin complies with all the latest ergonomic requirements – the distance from the floor to the roof is 1980 millimetres and the internal width is 2270 mm. The tractor is equipped with a driver fatigue detection system, active steering and autonomous traffic jam assist. The status of the vehicle systems can be controlled remotely by means of a mobile phone. 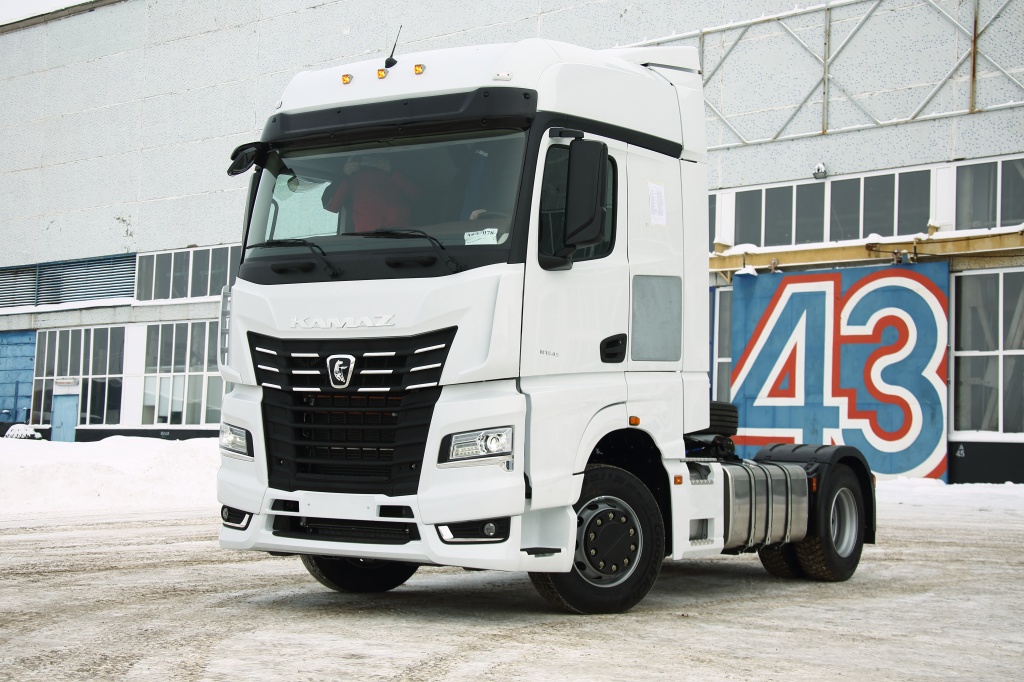 Although Kamaz tractor units follow the design and solutions used by Mercedes in Actros, the manufacturer focuses on durability when it comes to tippers. This is clearly visible in the cabins of the new models. They are slightly lower, have high grating and an additional bumper – more massive, made of sturdy metal. The fog lights are covered with guards. Shorter doors do not cover the lower steps.

It is clear that the Russians want to make tippers known for their robustness. This is also confirmed by other models – 6595 with a 6×4 and 65952 (6×6) wheel formula. The rear ends of the vehicles look angular and massive. Both vehicles are equipped with a 450 hp engine (the new units are apparently developed with Liebherr). 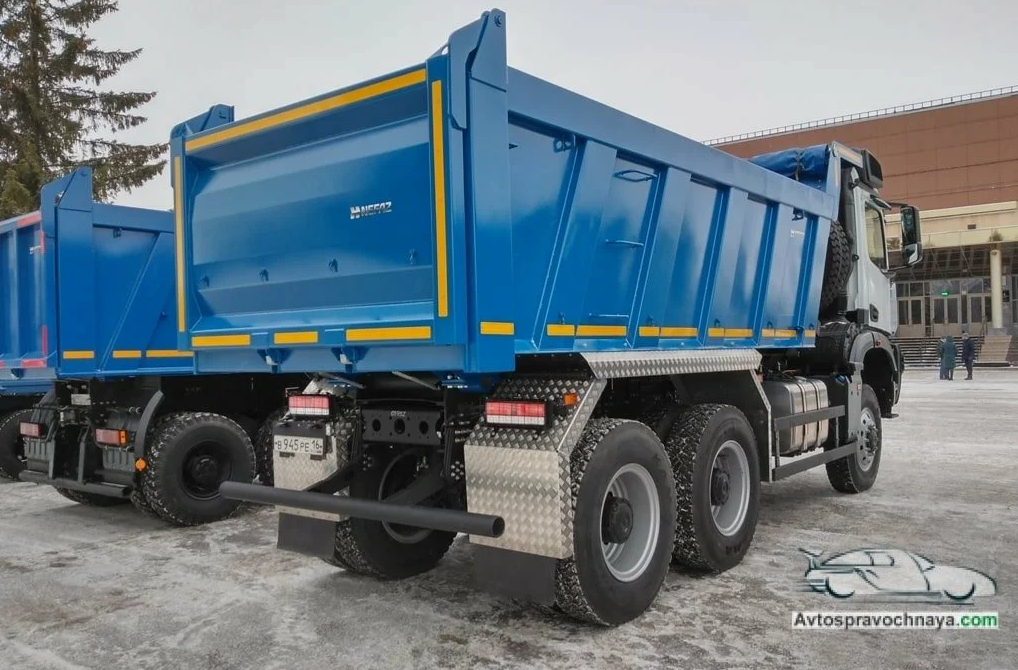 Kamaz does not intend to focus only on tractor units. The company has just announced that it will expand its production with LCVs. Production of the first models will start as early as next year, and serial production is scheduled for 2021-2022. 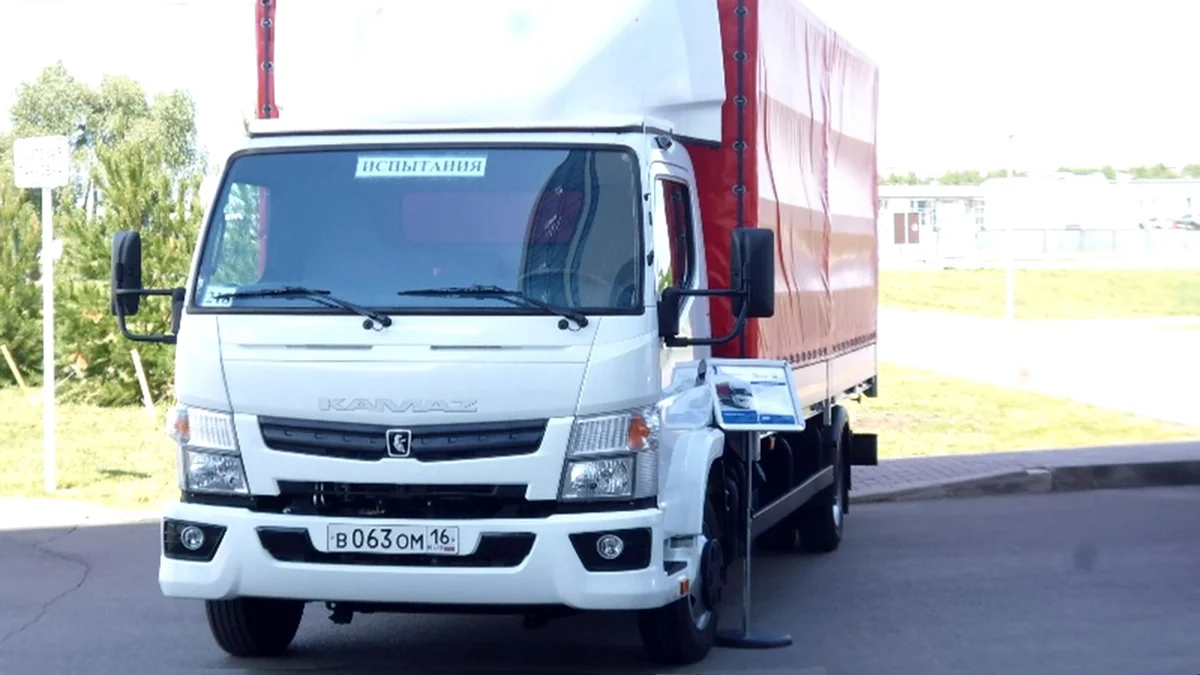 At present, the Russian segment of light commercial vehicles is dominated by the GAZ group with a 45% market share. The new Kamaz delivery van design, known as Kompas, could take about 5-10% of the market. The exact amounts assigned to the development of the Kamaz vans concept are not yet known. However, it is known that in 2020 alone the investment programme of the concern will amount to several billion rubles. GAZ itself is not afraid of any competitors and has announced the launch of a new model – Gazelle NN – in 2021.