Lorries in Operation Brock to be redirected to Kent truckstops

Ashford International Truckstop has revealed that a government initiative will see HGVs redirected to Kent truckstops instead of being queued up on the M20. 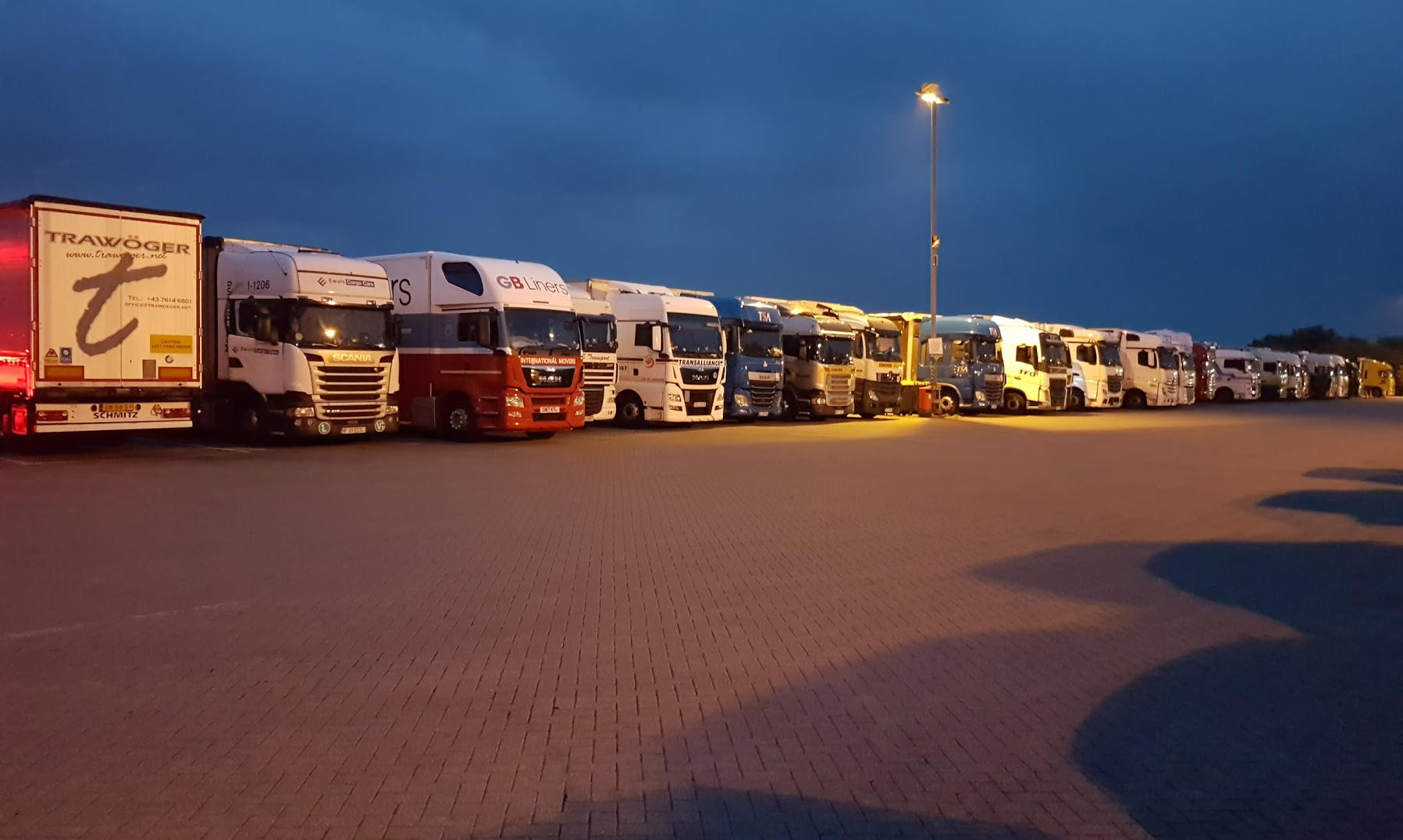 Writing on its official Facebook Page, Ashford International Truckstop announced last night that lorries would be held in truck parks instead of on the roads:

“Due to the situation during the Easter period where Operation Brock was deployed to help deal with the volumes of trucks in Kent, it has been decided to hold HGVs in truck parks in the south during the school holidays instead of on the roads, giving you a better place to rest.”

As a consequence of the measure, the truckstop also explained that it would be switching off its reservation system for two periods in the next few weeks – from Thursday 26th May until Sunday 29th May, and Thursday 2nd June until Saturday 4th June.

“During these two periods we will only be taking trucks of which are sent to us from Operation Brock and going out bound. You will be given a ticket leaflet allowing you in and supplying you with food and drink whilst on site,” says Ashford International Truckstop’s Facebook post.

Reacting to criticism from a driver, who said the move was just a means of keeping roads clear for holidaymakers, Ashford International Truckstop’s Facebook admin also confirmed that other truckstops in the area would be doing similar, and that the measure comes from the government:

“AIT [Ashford International Truckstop] are committed to helping all its customers, this is a decision made by the government to help drivers have better facilities and not stuck by the roadside. Your parking, food and drink will be supplied free of charge. All truckstops throughout Kent are involved in this exercise not only AIT. This is a positive move to help you guys.”

It remains to be seen how this traffic measure will be managed and facilitated. To find out, we have approached Kent Police for comment.

An issue that one lorry driver has touched on is a loss of parking capacity for lorry drivers transporting goods within the UK:

“The issue I see with this, although I support it, is the drivers that are working within the borders of the country will have even less parking for overnight in the south than we have already, and that’s already not enough. Basically, instead of the roads being blocked, the drivers within the borders will be forced into lay-bys and industrial estates with no facilities.”

The plan has now been hindered as Ashford International Truckstop has decided to limit the extent to which it is taking part.

Writing on Facebook, the truckstop made the following announcement just over an hour ago:

We have decided after listening to our customers frustrations, even though we believed we were doing a good deed helping drivers off the motorway and into a secure park, to reopen our doors.

The reservation system is once again live and we are open for business.

We will still be taking part in this exercise as it will help the drivers, but just on a smaller scale.

We hope this hasn’t caused you too much stress and also shows you our commitment to you our customers.