Renault Trucks has joined forces with Kleuster, a Lyon-based electric cargo bike manufacturer, to accelerate the production and distribution of Freegônes e-cargo bikes. 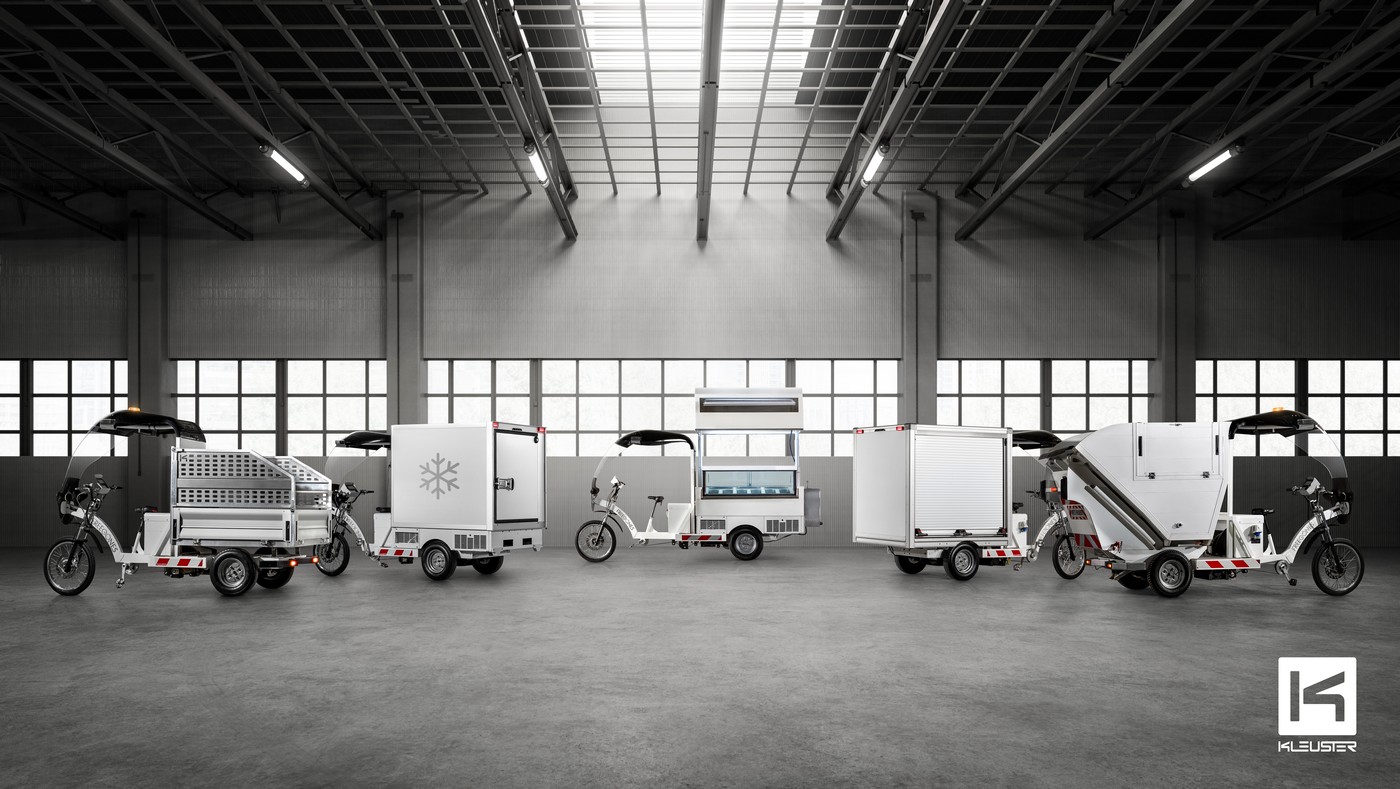 The cargo bikes will be assembled at Renault Trucks’ Vénissieux industrial site and distributed through the manufacturer’s European network.

Renault Trucks says the e-cargo bikes sport a range of 80 km and can be more productive and cost effective than a utility vehicle.

“Built on a single body chassis, Freegônes is the only cargo bike on the market that offers 5 modules (dry box, refrigerated box, food service, flat bin, and refuse skip), each with its specific features. While the Freegônes dry box has unmatched carrying capacity (350 kg payload and 2m3 of useful volume), the Freegônes refrigerated box is the only e-cargo bike to offer ATP-approved temperature control ranging from -25°C to +4°C. The refuse skip is the only e-cargo bike that can automatically unload into a tipper truck or container in less than 20 seconds,” writes Renault Trucks, in its press release.

Renault Trucks says the move is a response to the demands of urban logistics. The e-cargo bikes are already being sold through the French Renault Trucks network and the same will be true of the European network from next year.

By joining forces with Kleuster, Renault Trucks says it is sharing its expertise, industrial infrastructure, and large-scale production capacity. As a result of the partnership, Freegônes’ assembly and logistics have moved to a 2,100 m2 building in Renault Trucks’ Vénissieux site.

“Kleuster’s Freegônes is an outstanding product developed through years of research and adaptations based on feedback, with an active portfolio of key accounts working primarily in last mile delivery. Nearly 200 Freegônes are currently pedalling all over France, some for more than 7 years, a testament to their reliability and durability,” says Renault Trucks.

Renault Trucks adds that by using its distributors in several European countries, Kleuster can “take full advantage of a dense and local network to guarantee top-notch sales and after-sales services.”

The French truck manufacturer, meanwhile, states it is “adding another string to its bow and opening up to potential new clients by covering the entire logistics chain.”

“E-cargo bikes can be a great option for customers in urban environments that need to access zero emissions zones. Through this partnership with Kleuster, Renault Trucks is differentiating itself and taking the lead in offering even better solutions to our current and future clients,” says Bruno Blin, President of Renault Trucks.

This modularity makes this e-cargo bike ideal for a variety of uses, from collecting or delivering packages or groceries, courier services, the craft trades, waste collection, green space maintenance, and the food sector.

“Joining forces with Renault Trucks benefits both our companies and contributes to environmental targets while also meeting the needs of our current and prospective customers,” says Gérard Têtu, founder and CEO of Kleuster.