Multinational transport and logistics company Kuehne+Nagel have reported increased profits for the third quarter of 2020 thanks to an „improved market environment”. The logistics giant also claim they are ready to distribute Covid-19 vaccines should they become available.

In a statement published this morning, Kuehne+Nagel said their Q3 figures „demonstrated profitable growth” and that on a currency-adjusted basis, the company had „significantly improved key operating figures in the third quarter.”

In terms of the year so far, Kuehne+Nagel’s say their net turnover from January to the end of September reached CHF 14.8 billion. This represents a 6.3% decrease compared to the same time last year. Gross profit is also down 7.9% on the same period in 2019.

Commenting on the figures, Dr. Detlef Trefzger, CEO of Kuehne + Nagel International AG, said that his company was „ready for further growth”, „especially in the pharma & healthcare and e-commerce sectors.” Trefzger did nonetheless add that Kuehne + Nagel expect „considerable uncertainties in the coming months”.

Kuehne+Nagel have also published the results of its Sea Logistics, Air Logistics, Road Logistics and Contract Logistics divisions. Gross profits were down on 2019 in all four areas. However, turnover did increase in the Air Logistics sector by 5.7%.

As for Road Logistics, the global logistics giant have observed a „significant increase in shipments in the Road Logistics business unit versus the previous quarter.” In particular, the company stress that „demand for domestic transport capacities in European countries reached pre-crisis levels.” On the flip side, the company argue that low demand for expo and event logistics resulted in a significant hit to their bottom line.

In the area of Sea Logistics, Kuehne + Nagel say Q3 saw „a very positive reversal of trend compared to the first half of the year.” The change, Kuehne + Nagel argue, was driven by „the recovery of demand from SME customers and the increase in imports to Europe and North America from Asia.”

In the third quarter of 2020, container volume rose by 10.4% to 1.2 million TEUs compared to the second quarter. The unit’s net turnover amounted to almost CHF 1.8 billion and EBIT improved by 12.3% year-on-year to CHF 137 million. The conversion rate reached 36.2%.

Finally, Kuehne + Nagel’s Contract Logistics business recorded an 8.7% fall in gross profit compared to Q3 2019. However, the global logistics firm note that their Q3 earnings are noticeably higher than Q2’s thanks to „market share gains in pharma & healthcare services and in e-commerce fulfilment as well as stringent cost management.” The company are also keen to highlight the extension of its e-commerce fulfilment activities, including its running of an Amazon distribution centre in Sweden.

At the same time Kuehne + Nagel published their Q3 figures, the company also confidently declared that they are „ready” to distribute Covid-19 vaccines. Kuehne + Nagel argue that their multimodal pharma & healthcare network over 230 certified sites worldwide will help in this regard, and boast that they have already signed contracts related to Covid-19 production. 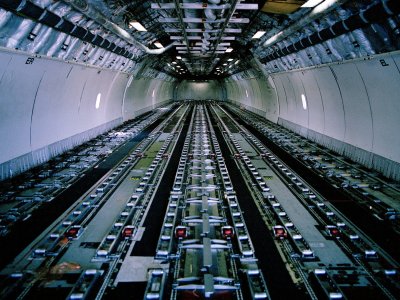 Kuehne+Nagel reveal how passenger aircraft can... 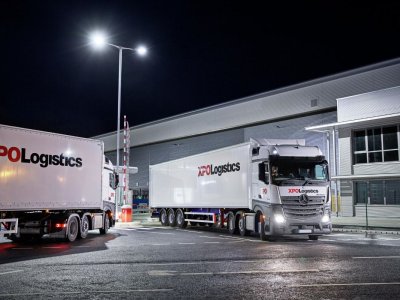 XPO strengthens in Europe with new...

Kuehne+Nagel reveal how passenger aircraft can be converted for cargo
XPO strengthens in Europe with new distribution centre and Kuehne + Nagel’s Drin...
XPO Logistics  completes acquisition of Kuehne+Nagel’s UK contract logistics por...
Kuehne+Nagel: we’re 1st logistics provider to be C02 neutral for its own emissio...
Container rate increases slow down. Is the price madness over?