The situation in the Dutch transport is worrying. The Dutch employment agency UWV is alarming about the lack of workers in the logistics industry. The problem occurs almost all over the country.

UWV, the Dutch employment agency, is informing that the problem of lack of drivers in the country has been escalating from April 2016. More and more transport companies have trouble finding potential truckers, which makes carrying out everyday activities difficult. This trend applies to almost every region of the Netherlands – as shows the analysis carried out by UWV.

The number of vacancies has increased considerably

In order to prepare a report, the Dutch office compared the number of job offers with the number of people looking for employment. At the end of the third quarter of 2017 there was the lack of about 7000 drivers. It is by about 36% more than in the same period of 2016. In summer, as pointed out by the website transport-online.nl, the number of jobs offers for truckers is the largest, because it is the season’s peak in agriculture and construction sectors. According to the data of UWV, the largest demand for drivers is in the national transport.

The participation of the national transport carried out by the Dutch carriers reaches 80%. The international transport, in connection to the strong competition from the East, constitute only 20%.

Reasons for the lack of drivers

There are a few reasons for the lack of truckers in the Netherlands. The economic growth, similarly to other EU countries, results in growing demand for transport. Currently the carriers are not able to meet the market demands. At the same time a lot of truckers resign from work in the industry or retire, while there is little interest in that profession among the young Dutch.

Lack of drivers all over the West

The Germans, Austrians and French are struggling with similar problem. German transport associations are raising the alarm.

– In the next 15 years 2/3 of drivers will retire – warns Markus Olligschläger from the DSLV association.

Out of 1.5 million drivers who had the driver card in 2016, over million are older than 45 years old.

According to Olligschläger, on average truck drivers retire at the age of 60, so the industry should get ready for even bigger crisis associated with lack of staff.

According to the study of BVL, the trade association, for 91% of the companies the lack of staff is a noticeable and even very noticeable problem. 71% are struggling with this issue in their own companies.

The situation is no different in Austria or France and even Spain. This is a great opportunity for Polish carriers, but…

Necessary change in the employers attitude

Polish transport industry must become aware of the need to use professional help at recruiting drivers to be able to fully exploit potential that is currently offered by the European transport market. The carriers could also use the government support.

– In Poland there is also shortage of drivers. This problem will be getting worse with the growing GDP and decreasing employment, however, there is no shortage of the potential drivers on labour market – especially in the poviats where the unemployment rate is still a two-digit number. Here it is a place for, among others, the actions of the government. Every year millions of PLN of the resources for the professional activation and improving qualifications are wasted. The reason is imprecise directing this money and high inefficiency in spending it – said Marcin Wolak from TransJobs.eu.

If, by means of interministerial agreement, the most important industries that need support would be designated, that would be of much help for Polish carriers.

– Thanks to new employees, transport companies will still be able to develop and strengthen their position in Europe – believes Marcin Wolak of TransJobs.eu, the innovative recruitment platform for the transport industry.

The estimates show that currently we have a shortage of about 100 000 truck drivers. The carriers are trying various methods to find an employee. They put job advertisements on car tarpaulins, banners on fences and job offers on career portals that are getting more and more expensive. That, however, seems not to be enough any more. The companies more frequently pay their employees for recommending other drivers, however, they are still reluctant to use help of the professionals, such as work agencies.

Work agencies provide employers with short lists of candidates for particular job positions. They are already familiar with the job offer, meet the requirements of the employer and are ready for new challenges.

Also, there are other solutions on the market that help carriers find the right candidates, for example TransJobs.eu. It is a recruitment platform based on a system that automates a part of the process, so that the costs of searching for the driver and the price for the service are lower.

– In this case the employer pays 500 PLN net for placing the ad and the algorithms automatically select the drivers who meet the employer’s expectations and requirements. The driver’s rating, which is an indicator of the current level of the trucker’s interest in a new job, is also taken into consideration. The solution provider guarantees matching minimum 10 drivers. so that the employer does not have to sit back and wait for the potential workers to apply or call. They may proceed to recruiting immediately – added Marcin Wolak. 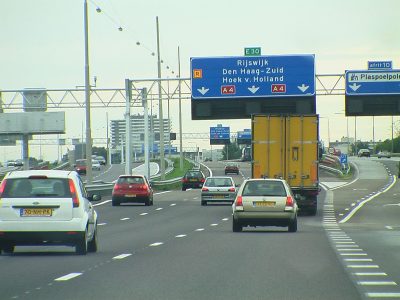 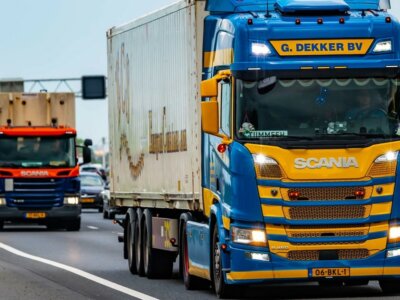 Drivers of lorries and vans go...

New minimum wage rates in the Netherlands from July
Drivers of lorries and vans go on strike in the Netherlands
Check out the Dutch fines for road traffic offences in 2021
Netherlands curfew: exemption forms required for lorry drivers
Transport and Logistics Netherlands: HGV levy delay a “hammer blow”