The expansion of electric van fleets and parcel locker networks are the two key methods by which last mile delivery providers can reduce CO2 emissions. This is one of the findings of the recently released “Green Last Mile Europe Report 2022" prepared by Last Mile Experts. 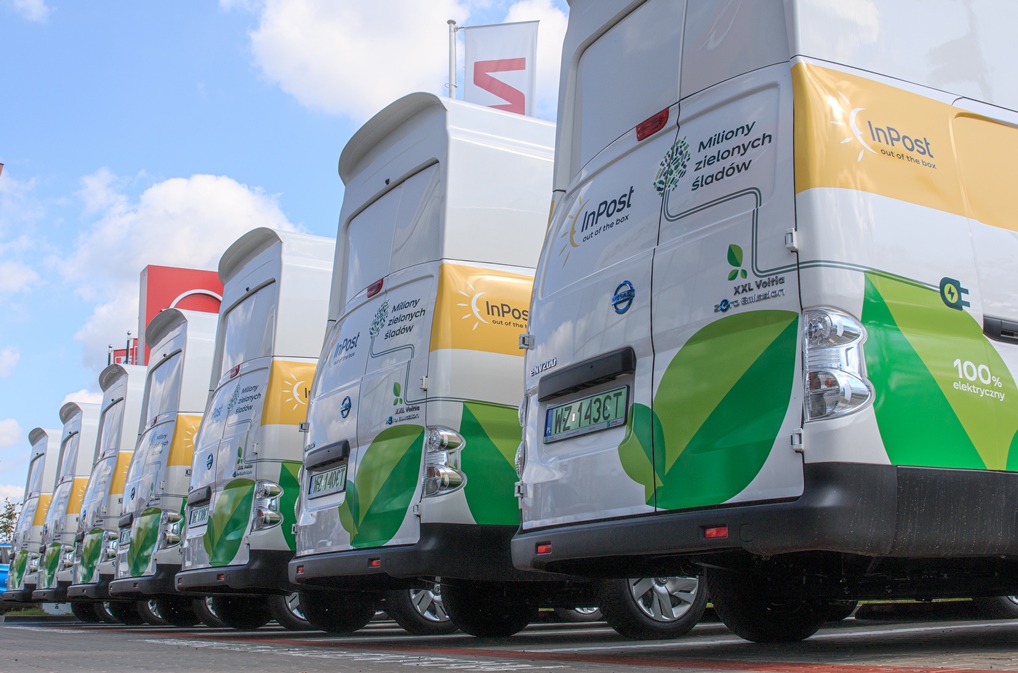 According to the report, compiled by last mile logistics experts and containing case studies from major delivery companies operating in Europe, significant growth in the amount of electric delivery vehicles on our roads can be expected in the coming years.

In 2020, in the European Union alone, the total emissions of carbon dioxide exceeded the level of 2.5 billion tonnes. Passenger cars and light commercial vehicles are responsible for 12% and 2.5% of this respectively, the report states, quoting official EU figures.

The authors of the report say that a transition to 100% electric vehicles across the board would cut CO2 emissions in the EU by 62 million tonnes.

The report also forecasts that the last mile e-commerce delivery sector could generate CO2 emissions of 5.5 million tonnes in 2032. Switching to electric vehicles would reduce this figure to 1.3 million tonnes.

Moreover, the report emphasises that not only the environment would benefit from electric vehicles, but also carriers and the logistics sector as a whole.

The total cost of using an electric vehicle is significantly lower than that of a combustion engine. Given current fuel prices, driving one kilometre on electric power is cheaper than driving the same distance using a petrol or diesel equivalent. This is partly down to the fact that electric vehicles have fewer components that can potentially breakdown, making the total cost of ownership lower.

How parcel lockers and PUDO points can reduce emissions

The second key trend identified by the report, extremely important from the point of view of green logistics, is the expansion of deliveries under the out-of-home model, especially to parcel lockers. Analysing the example of InPost parcel machines in Poland, the authors of the report showed how much this method of delivery can cut greenhouse gas emissions.

To illustrate this further, the report explains that one courier distributing parcels to parcel machines delivers about 1,000 items during a working day, visiting from 4 to 5 points. By comparison, one courier in the traditional door-to-door delivery formula delivers an average of 75 parcels during the same working day. InPost’s calculations show that 0.01 litres of fuel is used for one parcel delivered to a parcel locker, while one parcel delivered to a home address requires 0.23 litres.

It is worth noting that one parcel locker annually reduces as much as 13.845 kg of CO2, which is the equivalent of having an additional 2,769 trees.

The authors of the report also prepared various scenarios for CO2 emissions depending on the growth of electric vehicle fleets and the out-of-home delivery model.

In one scenario, the estimated 5.5 million tonnes of CO2 in 2032 from last mile deliveries could be reduced to 1.3 million tonnes – provided there is 100% implementation of electric vehicles and items are delivered to personal addresses.

In the second scenario, where all deliveries are out of home but fleets are not converted to electric, emissions would be limited to over 1.4 million tonnes.

A 50% implementation of electric vehicles and out-of-home points would reduce emissions to 2.2 million tonnes.

On the other hand, a 100% implementation of both methods would drastically reduce the problem of emissions in the last mile deliveries – cutting emissions to just 510,000 tonnes.

The report nonetheless points out that in order maximise CO2 emission reductions, the right decisions have to be made when it comes to procuring electric vehicles and deploying parcel lockers in the right places.

More information on the report can be found on the Last Mile Experts homepage.