In a Facebook post that has been widely shared online, Presteign-based Lloyds Haulage expressed its disappointment over the defacing of its vehicles and the lack of respect for HGV drivers in the current climate. 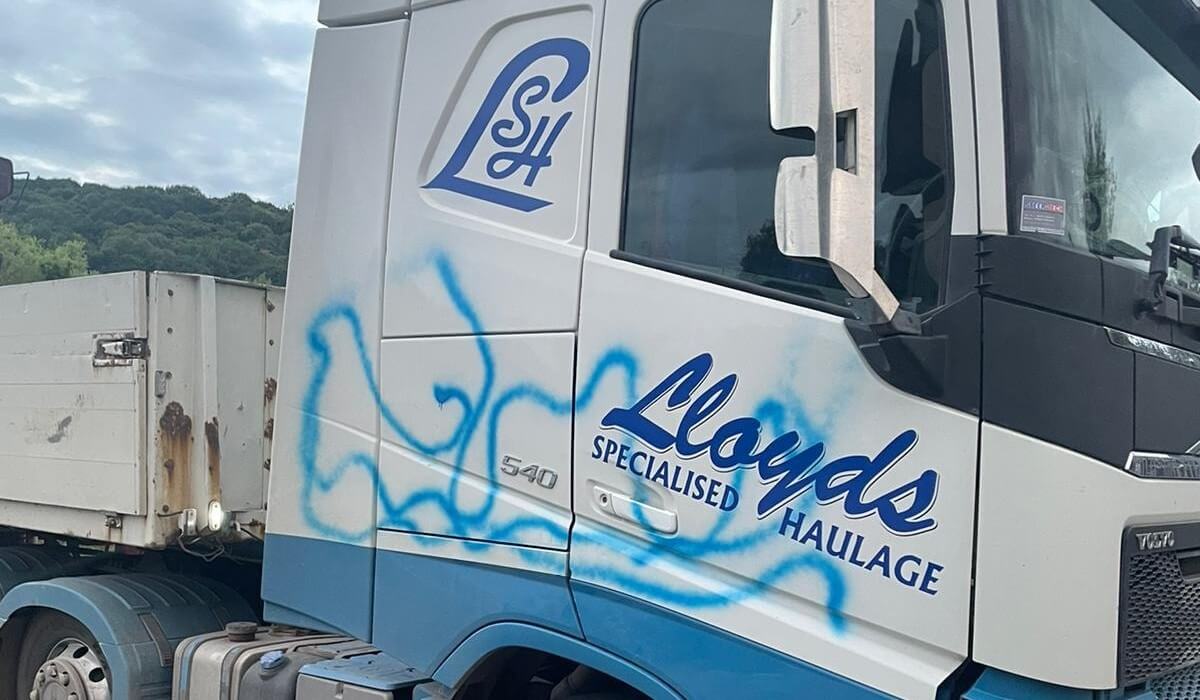 The viral post has struck a chord with drivers, many whom agree with the sentiment that the positive attitude towards the haulage industry during the pandemic has been long lost.

The specialist haulage firm wrote that the biggest outcome of the pandemic was the “recognition of often unseen services and service industries such as our great NHS, care workers, our farmers and goods transport.”

“I remember us driving up the A49 from hereford after delivering 18 tons of wood pellets to a chicken farm. The number of passing motorists who waved and flashed in appreciation of myself and similar drivers who were potentially putting ourselves in harms way to keep the country supplied,” continues the post.

However, in the opinion of Lloyds Haulage, since then, “it seems that it has all been forgotten”.

“Truck stops are closing, councils are imposing more and more parking restrictions on HGVs, drivers have less and less access to public facilities whilst away from their family and loved ones,” says the haulage firm.

The company then commented on the fact its trucks had been pointlessly vandalised and damaged:

“Last Thursday morning, two of our drivers, who were parked up at Pennard Lane, Ross-On-Wye, woke to start their daily checks to find that their vehicles had been vandalised whilst they slept. Other than the obvious damage to the lorries, the mirrors were sprayed – preventing the drivers from continuing until rectified. In a world where people are struggling to pay for food, what individuals think is it’s OK to cause damage to another person’s property. Ultimately, these costs will be passed back on to the consumer, so they are only hurting themselves.”

In light of happened, the haulier has warned lorry drivers to be aware of parking at the Ross-On-Wye industrial estate.

“To everyone else, if you see a HGV driver, nurse, carer, farmer, or anyone else who provides a service to the British people and economy, please do one thing which will make their day that much better. Say THANK YOU. Maybe if enough people start to appreciate these professions, incidents like this as well as shortages of people wanting to work in the sector, will reduce.”