Logistics 4.0: doing it alone? The Amazon in the Room. 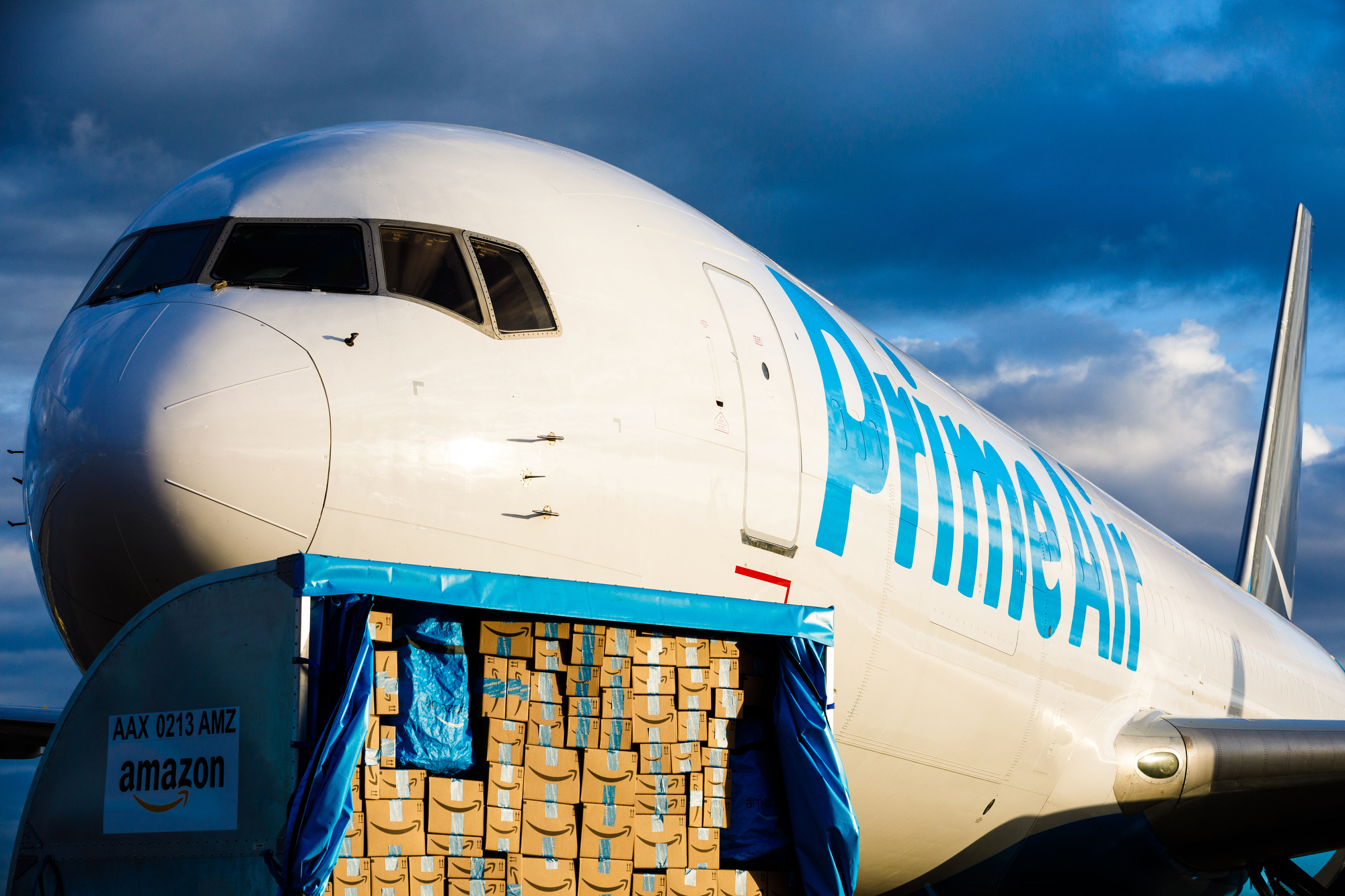 This is the first of the series of articles exploring the ever-changing balance between the startups, the challenger companies and the established players of the logistics markets. We will cover who works with who and how, and what it means for the world of logistics 4.0.

PART I: The Amazon in the Room.

It is no secret that the Washington-based e-commerce giant is well on the way to becoming a logistics carrier in its own right. The company launched its first road delivery fleet in 2005 by acquiring thousands of trailers to transport goods between its fulfilment centres. While the estimates place the actual number of trucks at merely 300, Amazon has gone to great lengths to recruit existing independent fleets. Moreover, with the purchase of 20,000 vans from Mercedes-Benz in 2018 to be provided to the growing army of Amazon’s self-employed couriers, the company tightens its grip on the entire flow from the vendor, to the fulfilment centre and to the customers’ front door. It has also been heavily leveraging same-day on-demand delivery services through platforms like Amazon Flex and Prime Now, capitalising on the flexible self-employed workforce.

Since early 2015 Amazon took to the skies with as many as 50 Boeing 767 aircraft that currently make up Amazon Air fleet operated mainly by ABX Air, Atlas Air and ATI. Keeping a fairly modern and uniform fleet helps the company with maintenance costs. Current plans for Amazon Air hub at Cincinnati/Northern Kentucky International Airport include a 920-acre sorting facility that will be able to support 100 aircraft and will rival FedEx’s 880-acre SuperHub at Memphis. Amazon Air expansion did not come without growing pains, though. Their first loss came with the fatal crash of a 767 in Texas on 23 February 2018.

Amazon has also entered the field of personal delivery devices by acqui-hiring the startup Dispatch in 2017 and announcing the start of their trial of Amazon Scout, a delivery robot aimed (similarly to its competitors) at carrying goods on the last miles of their journey to the customers. The initial parcel delivery trial will be limited to a small test neighbourhood in Snohomish County, Washington and will begin sometime in 2019. However, this wouldn’t be the first time Amazon used autonomous vehicles for parcel deliveries. In 2016 the firm has launched very limited trials of its motorcycle-sized unmanned aerial vehicles under Amazon Prime Air service with select customers in rural areas surrounding Cambridge, UK.

Lastly, Amazon showed their interest in ocean freight. In 2016 Amazon registered as a freight forwarder and headhunted the former CEO of UTi, Ed Feitzinger, to be their VP of Global Logistics. On 9 February 2018, the company finally launched Shipping with Amazon (SWA) service, following their success in directly coordinating the shipment of over 150 containers from China to the United States the previous year. As a consequence and in reaction to that, shipping giant Maersk is currently rumoured to be developing an attractive integrated product, offering tailored specifically for Amazon. The industry insiders stipulate that there is a way for Amazon to move forward by possibly acquiring an existing medium-sized shipping company that is in need of a capital injection.

The competitors are not resting

Amazon is not alone in making waves in logistics. Similar developments are observed across the Pacific Ocean. Alibaba has been working with COSCO Group, Chinese state-owned shipping and logistics services company, since 2014, with signs of closer partnership in the future. In road freight, Chinese e-commerce leader announced $693 million investment in delivery company STO Express on 11 March 2019. Alibaba is also actively pursuing autonomous vehicles as a mode of delivery. The company publicly presented its parcel delivery robot G PLus at the Global Smart Logistics Summit in 2018, and later that year so did JD.com, China’s second-largest e-commerce company.

It is clear that e-commerce companies venturing into logistics are gradually becoming the force of their own. The question for the current logistics giants is whether the challengers will grow into the force of nature in the market.