Europe’s logistics industry rallies to help Ukraine and its people

Amid Russia's brutal invasion of Ukraine, Europe's logistics staff, companies and associations have been doing their bit to help those staying in the country and well as those seeking refuge abroad. Many have donated money to provide humanitarian aid as well as organise transport of the aid into Ukraine. 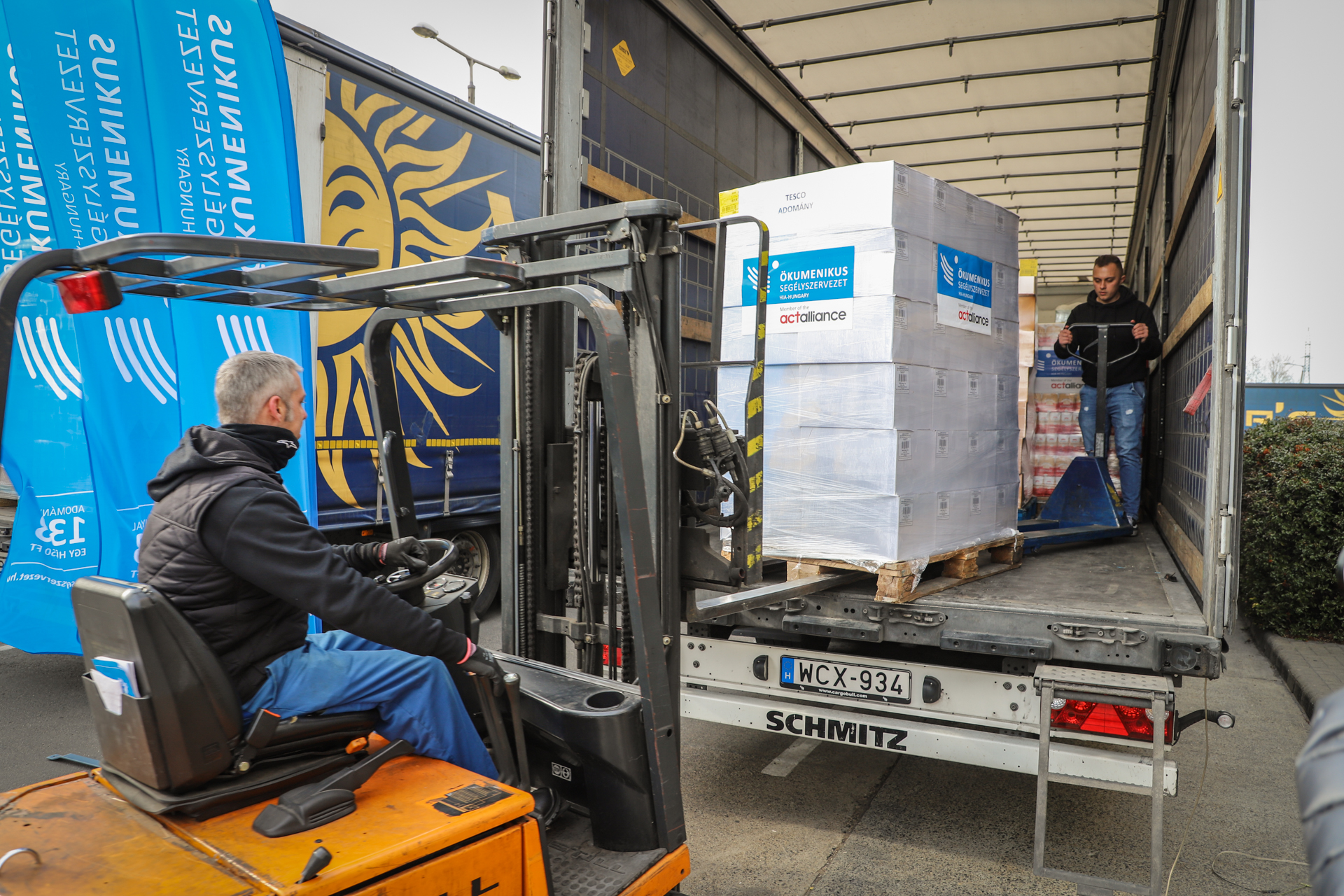 The assistance has been seen across Europe, with organisations of varying sizes all contributing to the cause. Here are just some of the examples we have come across in the last 48 hours:

In the United Kingdom, Facebook groups and pages have been full of offers and support for Ukrainian drivers and citizens.

The William Gilder Group, Bardon Truck Park and Whites Transport Services have all offered help with secure parking and free lifts to the airport.

A Renault Trucks dealer from Carlisle has also stated that it helped two Ukrainian drivers safely park their trucks before getting a flight to Poland on their way back to Ukraine to defend their country. The company claims the two drivers were told by their employer that they couldn’t leave their jobs, but they did so anyway in order to protect their nation from Russian invasion.

Lithuania and Croatia – haulage associations lay on buses for refugees

The Croatian Hauliers Association, which, like the RHA, represents the haulage and coach industries, said on Sunday that it would put its buses and staff at the government’s disposal for the transport of refugees from Ukraine.

“We wish to contribute… because that’s our responsibility, and it’s also the only way in which refugees can be transported in an organised and effective way from the Ukrainian border to envisaged locations in Croatia,“ Dražen Divjak, director general of the Arriva bus company, said on the association’s behalf.

Linava, Lithuania’s Haulage Association, says it is also in the process of organising buses for refugees.

In statement released on Saturday evening, ČESMAD Slovakia, Slovakia’s haulage association, announced it would be organising the transport of humanitarian aid from Slovakia to Ukraine. It says lorry drivers from the country, fully aware of the seriousness of the situation, willingly boarded trucks with aid and headed to the border.

“We are very pleased that the Czech carriers immediately responded and offered free capacity in the shape off trucks, buses, as well as special equipment for the transport of construction machinery or military equipment to help Ukraine. Dozens of members immediately signed up to our call, and many companies are already helping individually. ”

The Chauffeursnieuws & Transporteffect foundation, which represents two road transport websites in Belgium and the Netherlands respectively, has started a collection campaign for Ukrainian drivers in the Netherlands. The initial target was just €5,000 , but €60,000 had already been donated to the cause by Saturday. A separate report published late last night stated the total at almost €100,000.

The money will help drivers whose bank cards have been blocked since the invasion began. As gld.nl reports, some of the beneficiaries of the charitable action plan to return to Ukraine to defend their country.

In a separate campaign, Dutch road transport website Transport Online reports that food packages were handed out to Ukrainian drivers in Limburg.

Danish supermarket retailer Coop has agreed to send 5 trucks with aid to Ukraine.

The company did so after receiving a request from Ukrainian ambassador Mykhailo Vydoinyk. The lorries contain hot blankets, canned food, nappies and other goods drove from Coop’s warehouse in Albertslund.

Poland – Trans.EU and InPost among those to offer significant contribution to aid

Poland, which already has a significant amount of Ukrainian residents, is very much aware of the seriousness of the Russian invasion. The amount of assistance its people have provided since the war broke out has arguably been unparalleled.

Among the big names to help with the relief cause is road transport platform Trans.EU, with whom Trans.INFO shares a place in the Trans.EU group, and last mile delivery giant InPost.

Trans.EU has said it will donate 2 million zł (about €450,000) to support aid actions for the citizens of Ukraine. In addition, it will provide accommodation, long-term financial assistance, and, if necessary, the organization of kindergartens and other current needs for 100 people – refugees from Ukraine. Moreover, it is organizing a transport bridge between Ukraine and rest of Europe for the transport of aid, while it has made its platform free for Ukrainian customers until further notice. Finally, all the funds the company receives from Russian clients will go to towards the relief effort in Ukraine.

InPost has also offered to use its fleet of HGVs and drivers to transport all of the aid packages Polish residents have put together through community initiatives. Yesterday, the company’s CEO revealed that 60 staff are currently working on the project and the first trucks have already left Warsaw en-route to Ukraine.

In a Facebook Post published on Saturday, Hungarian logistics operator Waberer’s revealed that it had teamed up with Tesco and relief NGO Magyar Ökumenikus Segélyszervezet to send two trucks with aid to Ukraine. Waberer’s has said it can count on Tesco to provide more humanitarian transports in the future.

Lots more going on around Europe

Of course, there are several other cases of the industry across Europe mobilising to come to the aid of Ukraine and its people. If you are reading this post on social media, feel free to add other examples in the comments section.