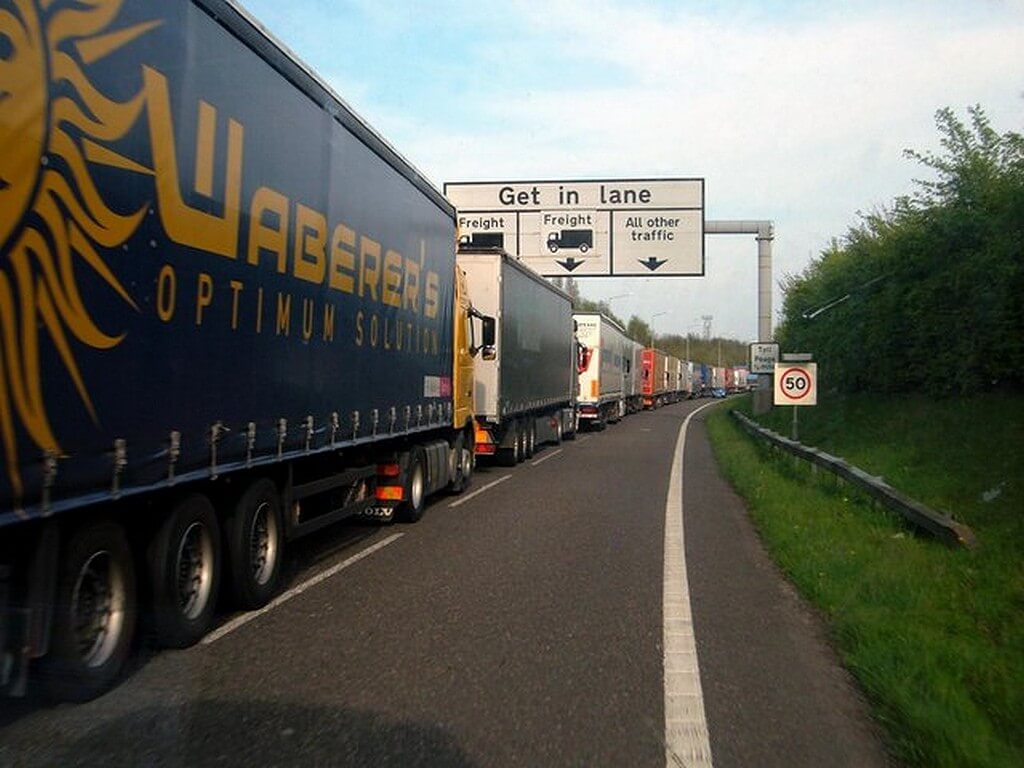 Last Friday we revealed how Kent County Council had been granted powers to clamp and issue penalty notices to HGV drivers illegally parked in the region. However, Logistics UK have severely criticised the plans, saying they effectively „ban lorry drivers from taking all rest periods other than the 45mins”.

The new powers will come into effect on January 1, just at the time when Brexit congestion is expected to see HGVs queue up on roads across the region.

Kent County Council say they expect inappropriate and illegal lorry parking to potentially be an issue in the areas in and around the M2 and A2, as well as the M20, A256 and A299 in the east of the county.

Kent County Council Leader Roger Gough says he is grateful to the UK Government for granting the council the new powers:

“We recognise that antisocial HGV parking is already a problem in Kent and something that will most likely become worse once we have left the EU. I’m grateful to the government for giving us these temporary powers which will act as a deterrent to any HGV driver and ensure that compliance is greater, meaning key routes on Kent’s road network are kept clear. Though we have worked hard on traffic management plans in conjunction with our partners, we cannot guarantee there will not be a certain amount of freight turned back from the Port of Dover, Eurotunnel or from the Manston or Sevington sites if paperwork is not in order. If this is the case HGV’s are expected to return to their base of operation but it seems more likely they would simply move onto the local road network and wait to become ready – these powers help highlight that this is not acceptable.”

Kent County Council is now arranging contracts to ensure the seven boroughs can be patrolled and is also arranging for signage to be installed on all relevant roads.

However, Simon Jones, Kent County Council’s Director of Highways, explains that drivers taking their statutory breaks will not be punished:

“Drivers who are taking short statutory breaks will be exempt from enforcement, and we will endeavour to work with HGV drivers to help and encourage them find safe and appropriate locations to park for longer periods. As such we will be taking a reasonable but targeted approach to enforcement, for example, if an HGV was parked up in an official location and not causing an obstruction or nuisance, we would be seeking not to enforce. Keeping Kent’s roads safe and clear is our priority and these powers will encourage HGV’s drivers using our network to consider other road users and Kent’s residents.”

The comments from Simon Jones have nonetheless done little to impress Logistics UK.

Heidi Skinner, Logistics UK’s Policy Manager for the South, said yesterday that the plans fail to consider the welfare of lorry drivers. Skinner also criticised the little advance notice that was given of the changes, as well as the lack of solution regarding the limited space available to HGVs in Kent.

“Logistics UK is very frustrated the Department for Transport (DfT) and Kent Country Council (KCC) have failed to consider the welfare of lorry drivers in this decision. Access to places to rest is of paramount importance to the workers responsible for keeping goods moving across the UK and further afield; it is also required to meet their legally required rest periods under the drivers’ hours regulation.  Giving only 12 working days’ notice – the ban is enforceable by £150 fine from 1 January 2021 – is also unacceptable. The ban is applicable to all lorry drivers – those traveling nationally and internationally – and almost all lorry parks in the surrounding area are at critical levels of utilisation. DfT and KCC have not provided any solution to the lack of space; we are urging them to withdraw the upcoming ban immediately.”