Metal sheets, rods, lumber and structural timber, pipes, steel and aluminum profiles – these and many other oversize elements pose big challenges for logisticians. There are more and more special solutions, including automatic ones, improving handling of such loads, their storage and preparation for transport. For the transport of logs, not only special racks were constructed, but also trolleys and manipulation devices.

According to the definition, logs are round, large-sized pieces of wood of at least 6m of length. In practice, the term „logs” refer to many other types of goods that we deal with for instance in warehouses for construction materials. Storage and preparation for transport of sheet metal, rods, wood-based panels, plastic profiles and boards is governed by its own laws. Increasingly specialized solutions are offered for these goods.

Cantilever racks (including Ohra, Hubtex, Tema), usually equipped with movable support arms, are commonly used in log storage. Thanks to this solution, any possible impact coming from either the bottom or the side doesn’t cause any damage to the rack, as its support bracket freely rises (tilts up).

An interesting solution for storing logs is a shelving system known as a honeycomb. The goods are laid alongside, in deep „lockers”, and a special mechanism allows you to pull them out and take them to transport at any time.

There are more and more automated systems on the market that allow for storage of logs. They are products of interest for steel distributors, for example.

In order for the use of automated solutions for storage of long elements to make sense, the amount of materials to be stored must be relatively large – as much as a few hundred tons. The variety of loads to be stored is also important. The wider the range of long elements, the more sense it makes to get an automated warehouse’, says Matthias Remmert, head of Remert GmbH.

Storage, loading and unloading can be facilitated by the use of bridge and chamber solutions. LogiTower, a storage buffer operating on the lift principle and using maintenance-free chains, is a particularly interesting solution.

It is a structure consisting of one or several unbodied columns where shelves with goods are placed. The extractor collecting these shelves (movable platform) travels vertically and horizontally between the storage columns and the loading and unloading station, usually located at the front of the rack. Storage and collection of goods takes place directly on the shelves, for example with a forklift or a crane. 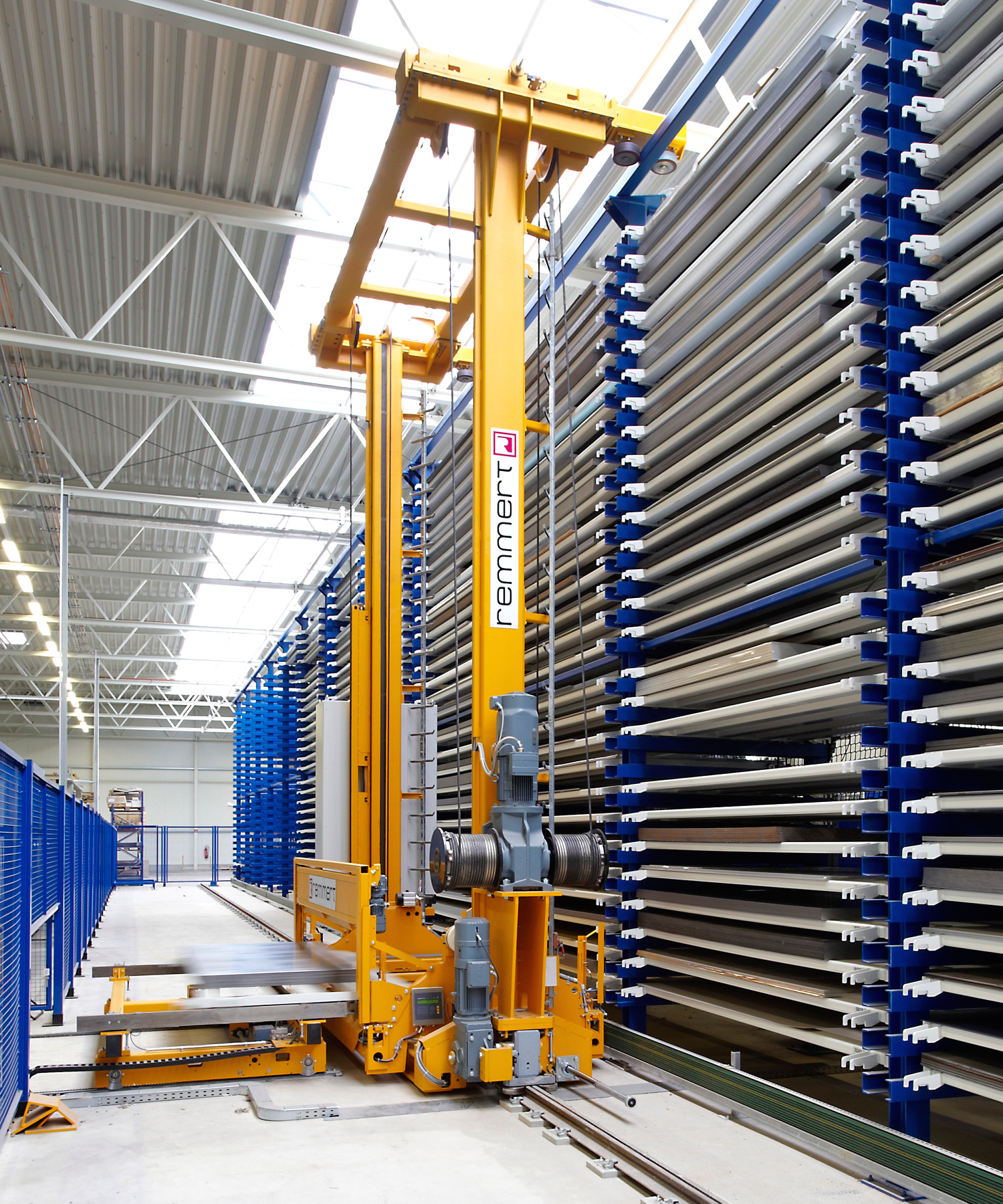 Mono Tower works similarly, consisting of one storage column and one transport column, the extractor working in the latter one. Its task is to move the shelves from the loading station and transport them from the storage column to the loading station. The control system allows for the transport of shelves by numbers or by indicating the desired article using its index number or name. The racks can be relatively easily expanded with another module to create a Twin Tower lift rack with increased storage area.

There are countless examples if their application. Remmert, for instance, has modernized a warehouse belonging to one of window manufacturers. Before the modernization, two transport devices were involved in each issue of material from the warehouse: the rack stacker removed the loading units from the shelves and placed them in the buffer zone in the lower part of the storage system. The trolley then transported the cassettes to the designated station. When the materials were returned to the warehouse, both devices were also involved. This solution has been replaced by a system that allows, above all, efficient access to 30 rotating goods. They now have permanent locations in the former buffer zone in the lower part of the warehouse and have since then been transported to the station and put into place only by a cart. The new equipment extends over both trajectories of interconnected loading and unloading stations, allows parallel acceptance of a new cassette into the warehouse and release of an empty cassette for filling.

Preparing logs for transportation is often associated with the need to manipulate the troublesome loads. This particularly applies to lifting and moving. An operation which needs to be carried out with a load, for example raising it to a high altitude, tilting, rotating or placing it in a specific position, can be problematic.

Possible solutions are vacuum pneumatic manipulators, as well as manipulation carts which are becoming increasingly popular. To load logs on a means of transport, you can also use so-called side carts. Such vehicles can be safely driven even at speeds exceeding 20 km/h. Experience has shown that a loaded side cart can transport a log with a speed twice as high as a typical forklift.

Hubtex, for instance, also offers side loading machines, and their relatively high wheels and clearances make them also suitable for difficult off-road conditions.

There are also extended versions of side carts, a special series of vehicles designed for internal transport in warehouses and construction sites has been created.

Additional functions have been implemented in Jumbo series vehicles, two-axle carts with two platforms between which there is a „connector” with a forklift. The cabin was placed on the side.

Side loading machines also include the so-called four-way carts (among others, Hubtex and Combilift). Their advantage is that it’s easy to change the settings of the synchronously controlled wheels (hydraulically controlled), alowing to freely maneuver the machine in every direction. Any change of direction takes place virtually in one spot, there is no need to turn the vehicle while driving, which limits the amount of space needed to make the turn. 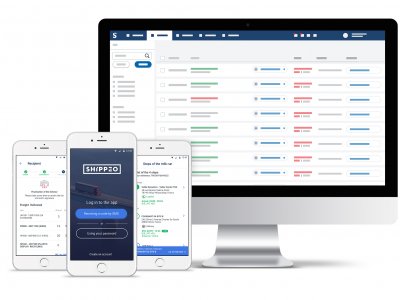