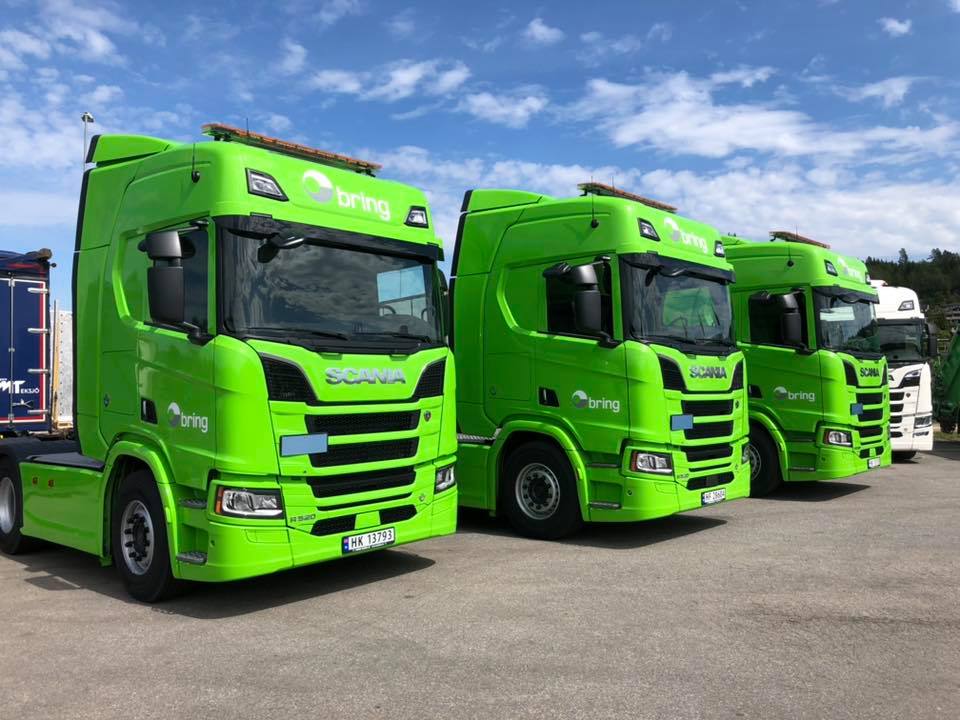 A lorry driver who sued Bring Trucking for what he considered to be unpaid wages has had his case rejected. He will now have to pay roughly €15,450 to cover Bring Trucking’s legal fees.

The case, news of which was broken by Norwegian trucking news outlet tungt.no yesterday, concerns a Romanian driver who had been working for Bring Trucking across the Scandinavian region.

Despite the fact the driver was working in the area that Bring Trucking’s own website describes as their „local market”, he was employed by Bring Trucking in Slovakia.

The lorry driver thus argued that he should have been employed according to the conditions in the Scandinavian countries he was operating in, which would mean he was due over €168,000 in unpaid wages and expenses from Bring Trucking.

However, a court in Copenhagen rejected the driver’s case and absolved Bring Trucking of any wrongdoing:

The court finds no basis for meeting Emilian Tudor Jetzi’s claim for additional salary, expenses, etc., calculated at DKK 1,289,359.21, as the amount paid must be considered to be in accordance with the provisions of the contract entered in Slovak law.

The court also ruled that the Romanian driver must pay Bring Trucking’s legal costs, which amount to roughly €15,450, within just 14 days.

The lorry driver’s lawyer has said that his client has 4 weeks to appeal, but did not confirm either way whether his client would decide to lodge one.

The case has attracted great attention in Norway, as Bring Trucking enjoy a significant slice of the market there. According to the Norwegian Trucking Association, Bring Trucking carried out almost 40% of the Norway Post’s road transport trips between Norway and its Scandinavian neighbours in 2018.

Bring Trucking’s employment practices were well known at that time, and their cooperation with the Norway Post became subject to plenty of media attention.

In a statement published in October 2018, the Norway Post staunchly defended their cooperation with Bring Trucking, saying that their partners are a „well-run company that is closely monitored by the management and the authorities.”

„Bring Trucking is a well-run company that is closely monitored by the management and the authorities. The company was established based, among other things, on the need to have control of the entire value chain in international transports, and thereby ensure that the transports are carried out in accordance with legislation and the group’s ethical standards.

Several media and players in the transport industry have made an issue about the morality of our business. The fact that Bring Trucking does not pay Norwegian salaries as a Slovak company is not social dumping.

We run a business with strong competition in Europe and no one paying Norwegian wages can compete for these transports. The drivers are employed by the Slovak company on local terms. They are paid an average of between 2,000 and 2,500 euros (19,000-24,000 kroner) a month, which is a combination of salary and other allowances. From a Norwegian perspective, wages are low. For the drivers, we know that it is the total compensation that is emphasized – and that they can make a living from this in their home country. Secondly, that salary is paid as agreed when it should.

Foreign drivers have the opportunity to drive domestic transports, so-called cabotage. For international carriers who run cabotage trips in Norway (ie up to three trips during seven days while staying in Norway), drivers must be paid the Norwegian minimum wage for these trips (according to Generalization of collective agreements for freight transport by road, 1.6.2017). Bring Trucking follows these regulations and the Norwegian Labor Inspection Authority is in control. Bring is frequently checked and submits documentation to the authorities.

In the Norwegian transport market, legal cabotage accounts for 4.5% of the transport work according to Statistics Norway figures from 2016. The Posten Group uses this to a certain extent, but less than the industry average. Bring’s share of cabotage operations is less than one percent of the transport assignments.”