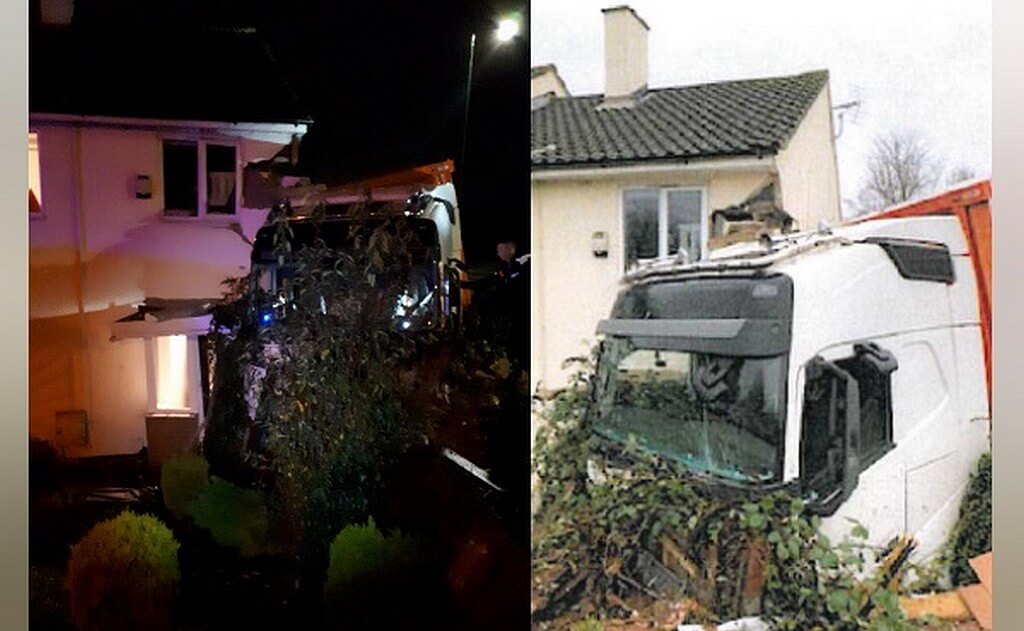 A 40-year-old lorry driver from Tipton has been fined around £1,000 after crashing into a house in Harlow. Fortunately nobody was hurt as a result of the crash, which was likely caused by fatigue.

The incident occurred late last year, but the driver’s legal fate only became known as recently as last week.

At the time of the accident, the driver was charged and admitted one count of careless driving and seven counts of failing to use a tachograph recording sheet. On the 31st of October, the 40-year-old was give nine points on his licence at Southend Magistrates’ Court.

Due to the fact the driver already had had 3 points on his licence, he ended up being banned for 6 months. In addition, he was fined a total of £1,070, told to pay £100 costs and a £37 victim surcharge.

In reference to the incident, Adam Pipe, Head of Roads Policing at Essex Police, said that the collision could have caused deaths and that the driver, Navarain Singh, had „completely ignored” rest period rules:

“This collision could very easily have ended in tragedy – either to Navnarain Singh himself or someone inside the building he hit. There are strict regulations which set out how many hours lorry drivers can drive over a set period of time and it is clear from our investigation that Singh had completely ignored these in the fortnight before the collision. It’s so important these regulations are adhered to because they’re there to keep people safe. I hope this acts as a reminder to all drivers about the need to stick to the rules of the road.”