The aptly-named Dutch horse manure transport firm Van der Mark Shitgroup has spoken of its satisfaction with its specially equipped Scania R500, a purchase the company says was motivated by the reliability of the other Scania vehicles in its fleet. 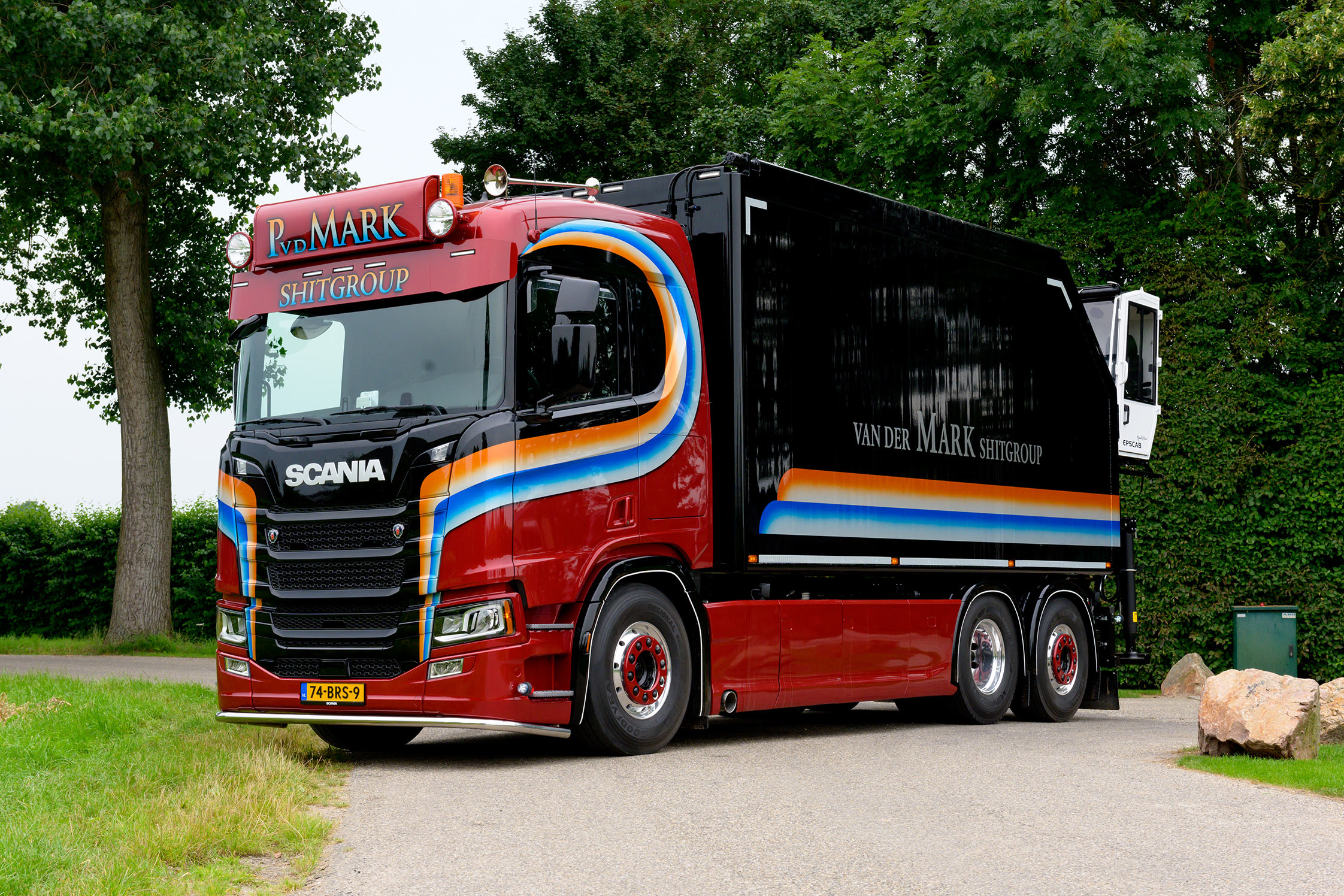 The company’s new Scania R500 CR20N has a steered tag axle in 6×2 configuration, and comes equipped with an in-house produced aluminium tipping box. The vehicle also sports a removable crane on the back.

Patrick van der Mark, who runs the company, says that although Van der Mark Shitgroup’s fleet of 12 trucks is divided across 4 brands, Scania is the most represented thanks to good reliability as well as its good relationship with the local dealership.

Van der Mark Shitgroup, whose web address is shitgroup.nl, have a long history transporting horse manure that’s used to create fertiliser for mushrooms. Indeed, the company boss recently told the Dutch transport press “Van der Mark Shitgroup are at the very beginning of that beautiful white mushroom next to your steak.”

Patrick van der Mark, who took over the business from his father, says that the current state of the horse manure market is stable:

The trade in horse manure is reasonably stable. There are 1.2 million horse lovers in the Netherlands who together ride on 450,000 horses. The manure from these animals goes almost all the way to the compost factories that turn it into soil products for mushroom farms.

Naturally, the name of the transportation firm might draw a few laughs from English speakers – not least because it transports horse manure. That said, the company is certainly no joke. The family firm has been around for decades and its fleet has a distinctive colour scheme that’s well recognised in the Netherlands according to the Dutch road transport press.

Moreover, a quick look on Van der Mark Shitgroup’s website reveals that the company has used a number of iconic trucks over the last few decades.

The company’s new purchase was both covered by Dutch websites truckstar.nl and ttm.nl, the latter of which referred to the new Scania as “Nice sh*t”.