MEPs rejected the compromise on the draft Mobility Package that the Transport & Tourism Committee (TRAN) managed to work out on June 4 this year. The vote showed once more that Europe is divided on the issue of posting in transport.

Today, during the plenary session of the European Parliament, Members voted on the mandate which was given to the TRAN Committee. Compromises that have been voted through during the last week’s session have been rejected. Eastern MEPs, European Shippers’ Council and the Association for the Danish Road Transport of Goods (ITD), among others, urged the European Parliament to support the mandate and were disappointed by today’s vote.

A step back for the Eastern MEPs

– The report of the transport committee on working time and rest has unfortunately been undermined by the European Parliament -wrote Danuta Jazłowiecka, Polish MEP on her Twitter account after the vote. – This is a bad news for drivers because the result of voting in the transport committee gave greater flexibility to drivers in taking their rest periods.

In the end, MEPs rejected all mandates – on the posting of workers, cabotage, driving time and rest of drivers.

The European Shippers’ Council also urged the European Parliament to support the mandate which was given to the Transport & Tourism Committee.

@europeanshippers @EP_Transport ESC urges the European Parliament to support the mandate that was given to the TRAN Committee on the various market and social related proposals that are part of the first Mobility Package: https://t.co/sEv39JqhIi.

Representatives of Eastern European associations comment today’s vote in a very bitter tone, pointing out to bureaucratic burdens and unfairness of the vote.

Today’s vote within the European Parliament is devastating to the industry and shows a complete lack of understanding of the fact that transport is the most mobile European industry and at the same time very specific. Building legal and bureaucratic borders under the slogan of protecting employees is nothing less than the economic division of Europe into a fast-growing one and one that does not want to compete. It strengthens the position of Western European economies at the expense of employees and employers from Central and Eastern Europe. It is surprising that Polish trade unions agree and encourage real and serious restrictions on the work and mobility of their own members – wrote Maciej Wroński, president of the Polish Transport and Logistics Union (TLP).

On the other hand, MEPs from the old EU and trade unions representing interests of both Western and Eastern transport workers saw the outcome as „a victory for drivers and democracy in the European Parliament.” Within the European Parliament, it was mainly the socialists and the green who were able to gather enough votes in the EP to compromise the TRAN agreement.

A VICTORY FOR DRIVERS AND DEMOCRACY IN THE EUROPEAN PARLIAMENT

MEPs have refused to let the transport committee's grim compromises on the #MobilityPackage pass without further debate. Now it's time to talk about equal pay and safe levels of rest. #FairTransport pic.twitter.com/seDvf4E2PD

The future of the Mobility Package

Today’s decision of the European Parliament means that the compromise that has been worked out in the TRAN Committee cannot be used during negotiations on the Mobility Package with the Council of the EU. Now, the deputies will return to work on the shape of transport solutions in the EU – they will submit amendments that will be voted on at the next session of the European Parliament, most likely in July. 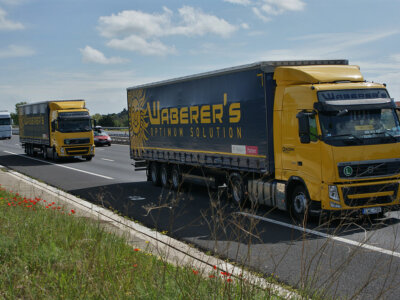 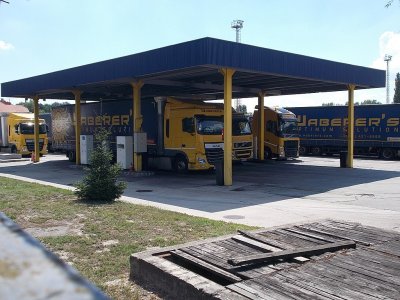