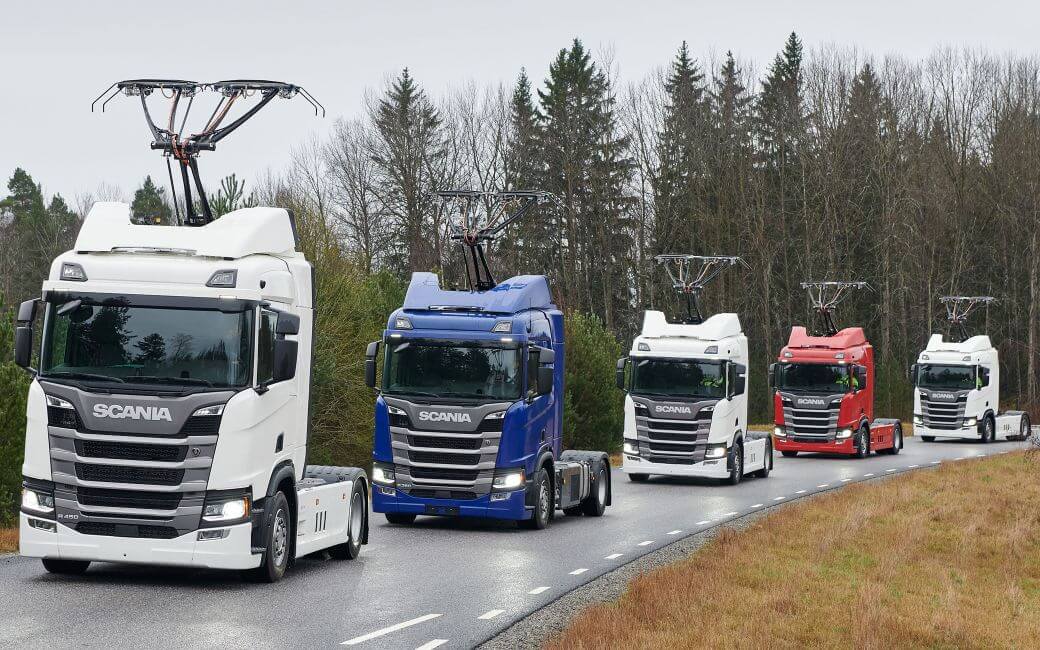 The first German electric road test track on the A5 motorway near Frankfurt will be extended by almost 7km, while Scania are to provide 7 more pantograph-equipped trucks to operate on the electrified motorway.

Presently, three trials with electrified trucks are ongoing in Germany. In the latest expansion, seven additional kilometres of overhead catenary lines will be added to the A5 motorway segment in Hessen, bringing the total to twelve kilometres in the direction of Darmstadt and five kilometres towards Frankfurt.

This work is scheduled to be completed by the end of 2022. With 135,000 vehicles daily, including 14,000 trucks, the A5 motorway south of Frankfurt is one of the busiest and most heavily polluted sections of road in Germany.

The A5 is one of three tests with catenary lines being conducted in Germany. In late 2019, an additional segment of electrified road was opened near Lübeck in Schleswig-Holstein (A1) where one Scania truck is currently being tested.  A third trial will start in Baden-Württemberg (B462) in 2021. In total, 22 trucks will be in operation on these three test tracks. 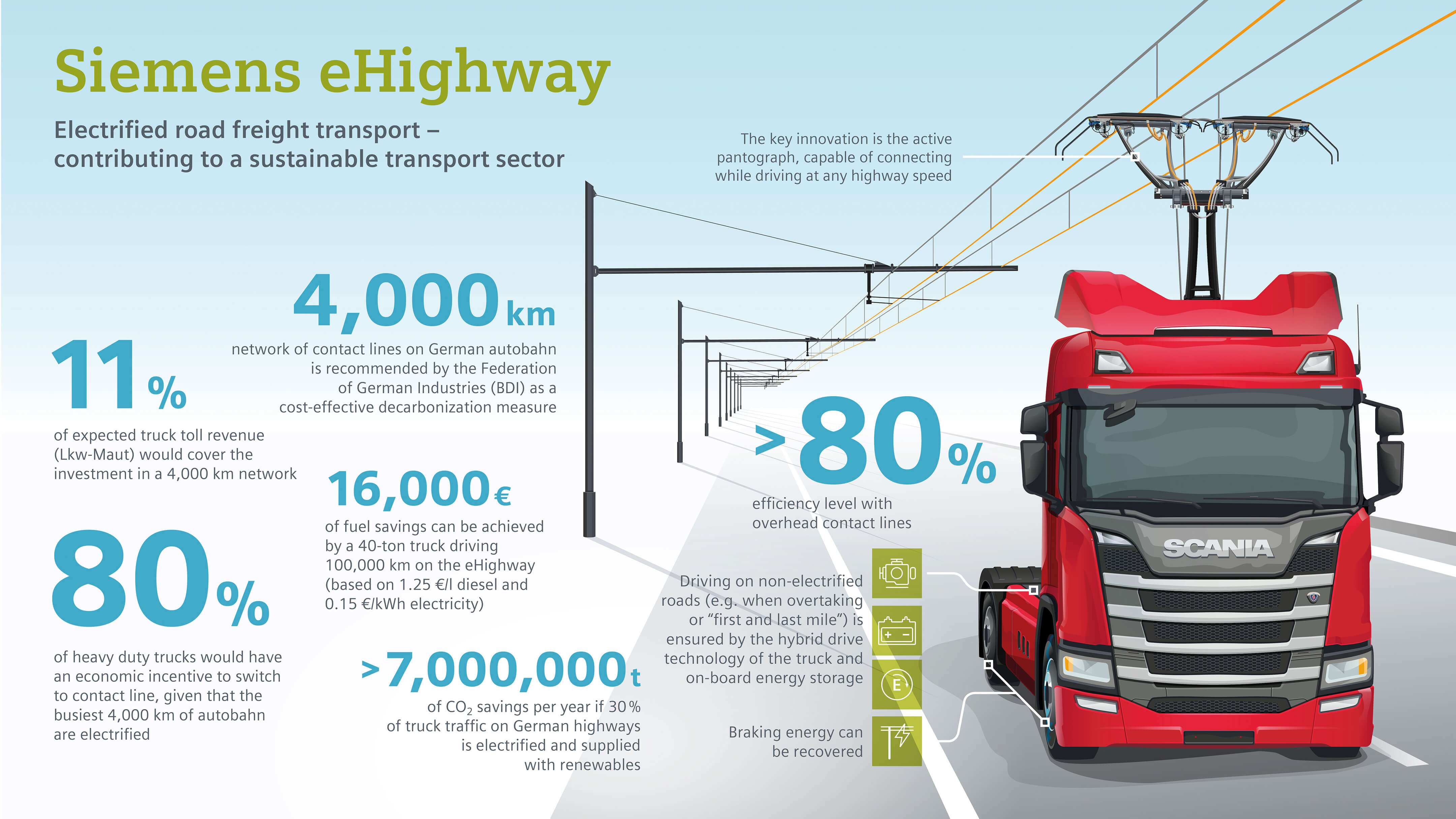 Scania has previously supplied five R450 hybrid trucks equipped with pantographs for the electrified A5.

As with these five, the seven additional trucks will be operated by several different customers. During the trials, Scania will manage vehicle maintenance and data collection from the test vehicles.

Developed by Siemens, the electrification system used on these roads allows trucks with a pantograph mounted to their roof to travel at speeds of up to 90 km/h on fully electrical power. The trucks can then revert to their internal combustion engine once leaving the electrified stretch, ideally using biodiesel for larger CO2-reduction.

Unlike passenger cars, which remain parked and stationary most of the day, trucks are deployed for long hours in transport assignments when stopping to charge can be highly disruptive in the operations. Electric roads offer rational and effective charging en route. While this is technically just another way to charge electric trucks, the solution can be particularly relevant on heavily trafficked roads, and additionally it saves batteries and reduces load on the energy network,” says Magnus Höglund, Head of infrastructure and charging solutions at Scania.

According to several studies, e-roads offer a petrol alternative that can significantly reduce CO2-emissions. Electrified road technology is one approach that Scania is testing in order to drive the shift to a sustainable transport system.