Mosque in a semi-trailer truck? Japan is getting ready for the Summer Olympics in 2020 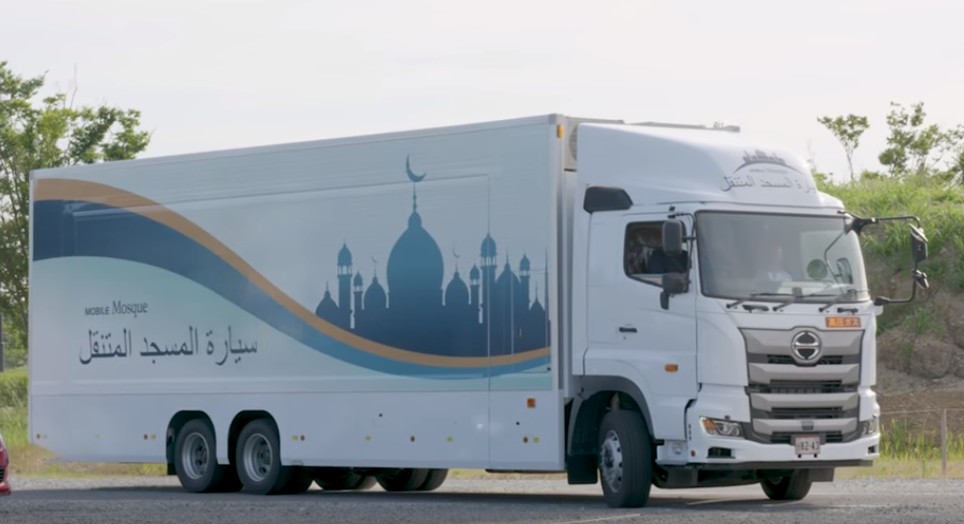 Preparations for the Summer Olympics taking place in Tokyo in four years have started in full swing. One of the Japanese companies decided to take care of the spiritual side of the games. The idea is to slightly modify a 25-tonne truck so that it could serve as a … mobile mosque.

For the needs of the project, a truck trailer was adapted. An air-conditioned interior with an area of 48 square meters will accommodate 50 people at the same time. There will be prayer mats and a place for ritual washing before the beginning of the prayer. The cost of building a riding temple is  900 thousand US dollars. 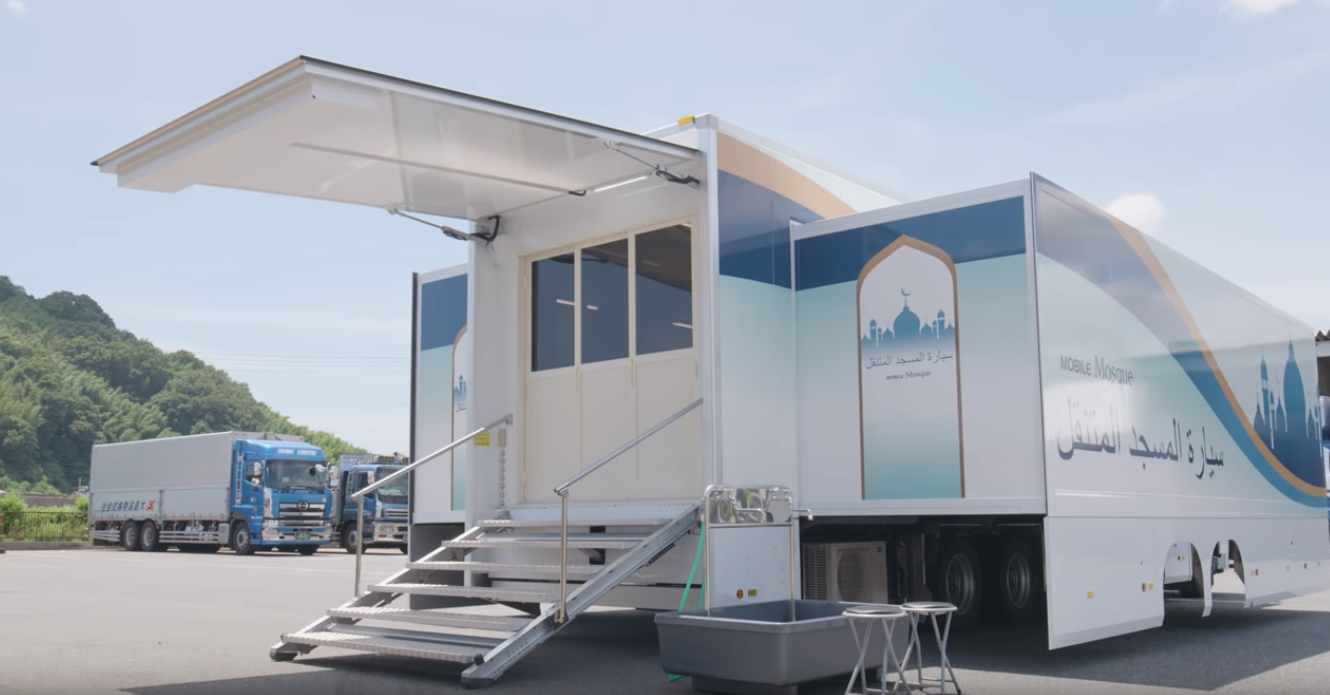 Mobile mosques will travel to various Olympic facilities, although, as the creators promise, they will be available mainly in the villages of athletes.

The mobile mosque is an idea of the Japanese company Yasu Project, which deals with the organization of sports and cultural events on a daily basis. The main assumption of the project is the desire to create a friendly atmosphere for international guests of the Muslim faith. Thanks to the mobile mosque, they feel like at home.

As an open and hospitable country, we want to share the idea of „omotenashi” (so-called Japanese hospitality) with Muslims – said in a recent interview Yasuharu Inoue, director of the project.

It is estimated that 100 thousand up to 200 thousand Muslims live in Japan. Therefore, the number of mosques in this country will be insufficient to welcome foreign guests. According to the first estimates during the duration of the Games, Tokyo will be visited by citizens from over 50 Muslim countries. 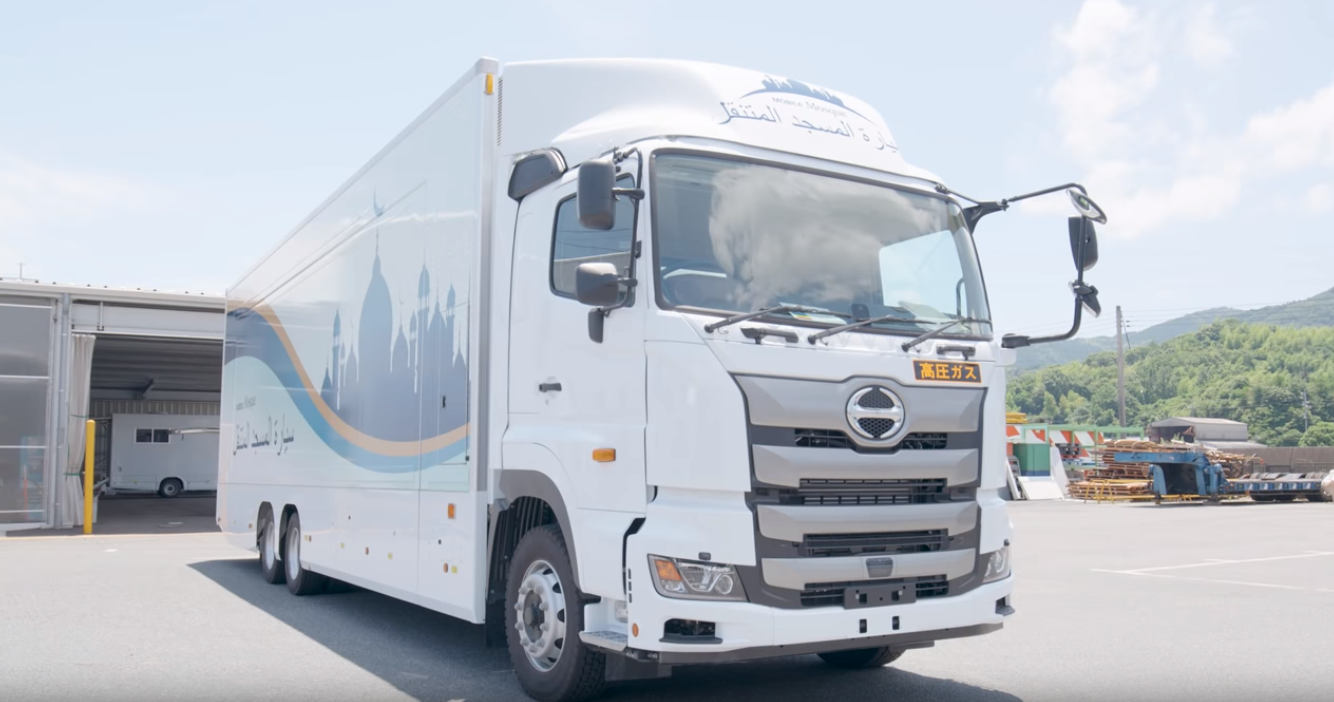 The Olympic Games are just the beginning

As promised by the organizers of the action, the mosque on wheels will appear at major sporting events around the world. In 2021, the faithful who take part in the world athletics championship will be able to take part in it in the USA. A year later, she will come to Qatar for the World Cup in football and to China for the so-called Asian Games. In turn, in 2024, it will visit Łódź, where the world EXPO fair will take place.

I would be very happy if people from Indonesia, Malaysia, Africa, the Middle East and, for example, refugees from Syria, could use the mosque as a tool to promote peace in the world – summed up the Inoue initiative. 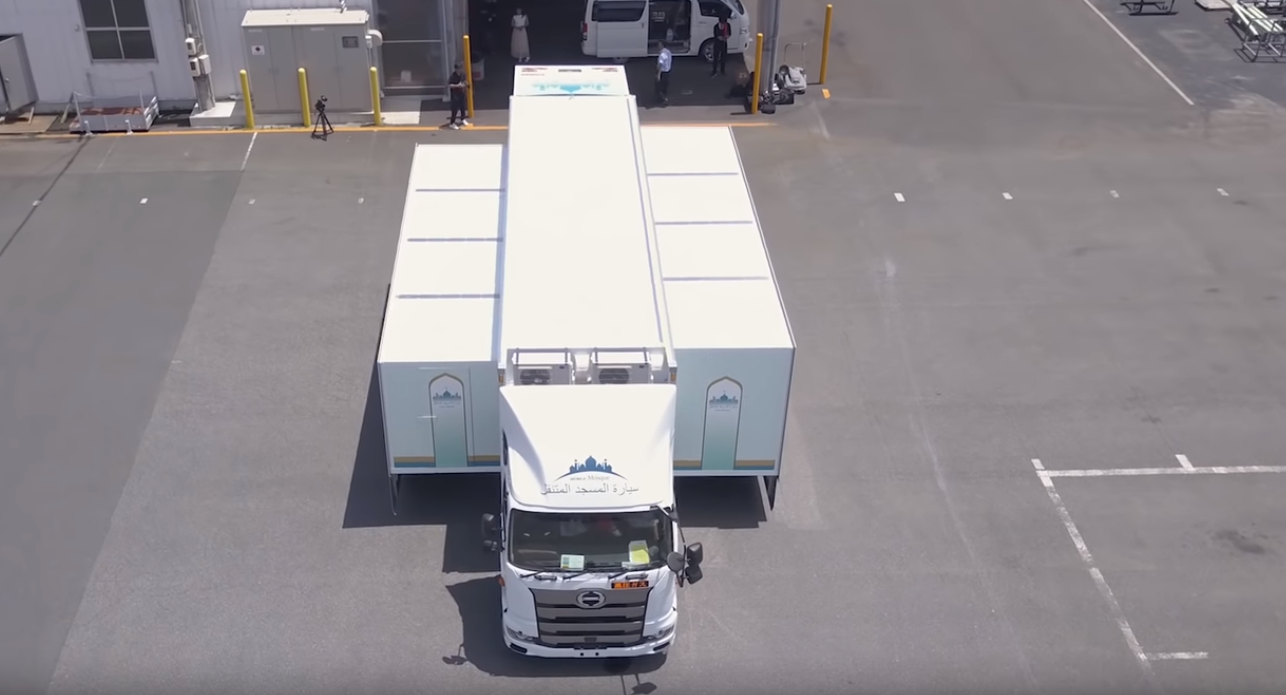