Four people have been arrested as part of a National Crime Agency operation targeting a criminal group linked to the prolific smuggling of migrants to the UK by lorry. The agency has explained how migrants have been able to get into targeted lorries heading to the UK. 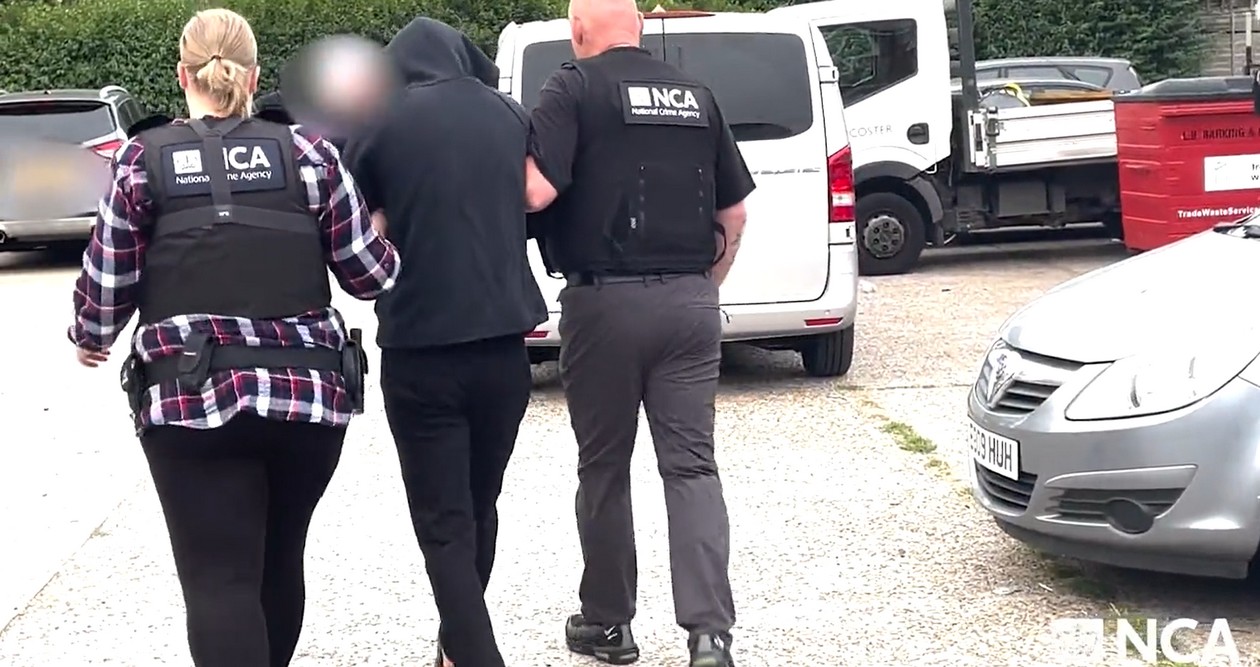 The arrests are linked to two separate events in 2019, where a total of 32 migrants were found in the back of HGVs in the Netherlands and France. Both drivers and another facilitator were later jailed in those countries.

National Crime Agency (NCA) investigators believe that members of the criminal group were also involved in arranging for lorries to be broken into, and people loaded onto them without the knowledge of drivers.

Tracking devices were attached to the vehicles to locate them before migrants were placed in the rear as they continued their journey to the UK.

Group members are also suspected of obtaining a boat as part of their plans to bring migrants to the UK over the Channel.

NCA officers have arrested four suspected members of a crime group linked to the prolific smuggling of migrants to the UK by lorry.

On Tuesday, a 39-year-old man was arrested in Dagenham, Essex on suspicion of conspiring to facilitate illegal immigration. He is alleged to be a senior member of the conspiracy.

Meanwhile, in a series of coordinated raids, a 37-year-old man was arrested in Ilford, and two further men aged 36 and 42 were detained at addresses in Streatham and Leytonstone, also on suspicion of facilitation offences.

All were due to be questioned by NCA officers.

“Organised immigration crime is a chronic and dangerous threat and the smugglers pay no regard to the lives of the people they attempt to transport, whether that be by boat or in vehicles,” explains NCA branch commander Andy Noyes. “While putting people in lorries might make the issue less visible to the public, it is no less dangerous to those being smuggled, and unfortunately we have seen the tragic consequences this can have.”