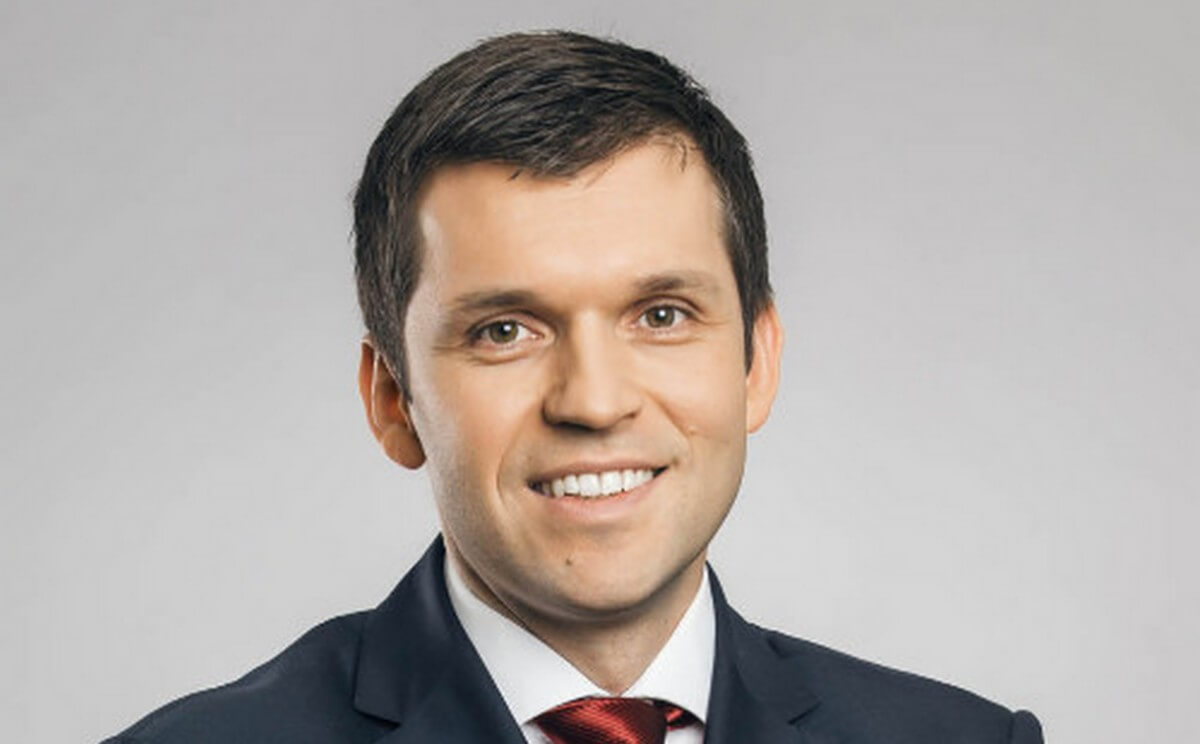 Over the last two years, supply chains have been under seemingly unprecedented stresses courtesy of covid, high shipping rates, container displacements, driver shortages and the Suez Canal accident. These developments and more have seen the concept of nearshoring come into focus when it comes to managing supply chains.

Although not everyone is sold on the idea of a major nearshoring pivot, there are plenty of proponents of moving supply chains closer to home. This evidenced by IKEA, who recently announced its plan to nearshore production of some of its product lines to Turkey – a move intended to streamline the supply chain of its European stores.

Another area of the continent that appears primed to take advantage of a nearshoring boom is arguably Central Europe.

One of those who shares this opinion is Tomasz Gonsior, Managing Director at specialist manufacturing firm IMA Technik, and Partner at procurement consulting & technology firm OptiBuy. Indeed, earlier this year, writing for Switzerland Global Enterprise, Tomasz made the case for Swiss companies utilising nearshoring as a means of optimizing supply chains.

Eager to question Tomasz on the topic, as well as hear the arguments behind his hypothesis, we caught up with the man himself – not only taking the opportunity to hear about the virtues of nearshoring, but also about the dangers of getting it wrong.

Thanks for talking to us Tomasz. First and foremost, why do you think nearshoring has risen up the agenda when it comes to supply chain management?

So in my opinion, there are two main parameters here. The first is cost and the second is time.

When it comes to costs, there are two issues occurring now. In Asia, although one can say it’s never Black and White, costs are increasing at the moment – notably wages. Yes, wages are increasing in Europe as well, but in my opinion, according to statistics I’ve seen, in Asia it’s increasing at a faster rate than in Europe.

Furthermore, transportation costs are increasing significantly. As is well known in the industry, a few years ago you could have a container for around $2,000 or so. Now you may need to pay $16,000 per container. So the logistics cost has increased very noticeably, perhaps even by as much as 500% or 600%.

This can mean sourcing from Asia puts companies on the wrong side of the break even point. As a result, nowadays it is more beneficial for certain products to be produced and sourced within Europe. So that’s the first point.

The second point is the transportation time and the risk associated with it.

Before, things were relatively stable. For the most part, you could expect that within six weeks, you could have a point-to-point shipment from China to any location in Europe.

By train, it was approximately two weeks shorter. But now, since the accident in the Suez Canal, It has become longer and longer due to two reasons.

First of all, because the economy is growing, and we still have quite a huge backlog of products in China being shipped to Europe, and some port congestion and jams as a result of that.

So this has increased the transportation time by an additional four weeks in some cases, perhaps even more. So you need to plan for six months up front for the delivery of some goods from China, considering the production and the delivery, and for many companies, considering the dynamics of the market, it’s difficult, or even impossible, to plan six months in advance.

The second point is what some of the clients say as well. The cost is not actually the first priority, because in some of the markets, some product groups, they can sell at any price If they have the goods.

Naturally, if they don’t have the goods, they can’t sell and they lose. That’s why some companies are increasingly looking at the nearshoring option. They want to get goods and receive them sooner because they can sell it – even if the price is higher.

One of the dangers mentioned in regards to nearshoring is that just because you move your supplier out of Asia, it doesn’t necessarily mean you move your supply chain out of Asia. This very point was raised during a recent interview we did with supply chain management professor Yossi Sheffi. How can a company make sure they are genuinely nearshoring when they speak to a new potential supplier?

There are several approaches. First of all, there is an approach that has been adopted in the  automotive industry for a number of years.

When I worked more than 10 years ago in automotive it was quite often the case that we tried to motivate a supplier to build or even set up some Greenfield approach close to our plots to our factories.

Getting back to the point though, this is possible. So first of all, what we see more and more from clients is a motivation to reduce risk.

The trend was to have a single source because that’s really how you have the lowest possible cost. But now we see more and more clients relying on a double source strategy.

As for suppliers that may also source from Asia, first of all you need to choose your suppliers properly. Then, there are two possibilities.

One of those is to oblige your supplier, even if you have only one, to have two sources where they buy their goods. That could be one source from Asia and one from Europe.

Moreover, you can mitigate risk by checking what kind of contract your supplier has with their suppliers. Is it a frame contract? Or is it just spot buying? If it’s the latter, it’s risky. On the other hand, if they have a frame contract, you can reduce risk.

The second option is to oblige a supplier to have safety stock. This is what we are seeing as well, companies are generally increasing their safety stocks. Even if it’s considered frozen money, you avoid risk.

Most serious companies are obliged to audit and assess suppliers too. As a client, if you have a supplier certified according to ISO 9001, you also know that some products are coming from China because they need to declare it. So if the added value is the country of origin, you need to declare it as a supplier.

That way you know the goods are coming from China and you can request the audit results, to see how the process works. Then, in my opinion, it’s still possible to have good cooperation and limit the risks.

Of course, you will never make those risks disappear, but at least you can limit them. If something happens, it could affect my supplier as well.

When we take the PCBA shortage, for example, we can see that It’s not the case that big companies are better. It’s actually the faster companies that are better. They are the fastest to the market and can obtain the goods and raw materials they need.

In my opinion, some of the smaller companies are faring much better because they are more nimble and have better transparency in their supply chain.

Some really huge companies woke up late to the fact there may be a shortage. They thought they were big enough to overcome any shortage, but it’s not the case.

How do you think Brexit has influenced the willingness of British companies to reshore?

Well, from what I’ve observed, and I know of at least two cases involving smaller companies – there is interest in having some entity in Europe to make business easier.

It may even effectively be a virtual company that allows purchasing to be done via a European Single Market entity. Then, because they are producing in the UK, it’s easier to bundle their activities into one.

I saw a recent case whereby a British business established a company in the Netherlands. It’s not a production facility, but rather for administrative purposes and bundling all their activities within Europe.

The other case I’m aware of is a production company we are currently doing a consulting project with. They were pushed by their clients to set up some kind of company within Europe.

Of course, It’s not just the British company who has to do customs clearance, the client needs to do the same. They don’t want to do that because it costs money, it costs effort, they would need some additional employees for that.

It’s not a unique case either. I have heard of other examples where clients insisted they have a legal entity in Europe they can do business with.

So that’s what I see for sure. Some virtual offices for offices and legal entities. It’s difficult to say what kind of impact it will have on production facilities at this point.

Central European economies remain an attractive option for the nearshoring of manufacturing and services, largely for the reasons you’ve mentioned earlier. On the other hand, this region is developing at a noticeable pace, with salaries evidently on an upward curve. How long do you think it may take before the salary and cost gap narrows to the point that nearshoring in this area of Europe is no-longer viable?

I’m pretty sure it’ll be that way [remain attractive] for at least for the next 20 years.

If you compare the wages between Eastern and Western European countries, they’re still three times higher in the west. On top of that, there’s the landed costs – the infrastructure for example.

The gap will become closer. But I think it will take a further 20 years for a near-total equalisation. In that time, Eastern European countries will also increase their productivity. Currently, and I say this as someone from Poland. Ourselves and some other countries in the region are not very efficient in some areas. If you look at the level of automation or equipment utilisation, it’s still far from ideal.

They might have invested in machines, but not necessarily used the technology properly. This is something that will improve over time and boost productivity. In turn, that will have an impact and ensure the gap does not close that fast.

Finally, these countries all appear to have political strategies and the will to become more innovative in terms of industry. So that’s why I think the region will remain attractive for nearshoring for the next couple of decades.