I was at a conference last week and met colleagues in the logistics business from the whole of Europe. It was interesting to discuss other experiences and challenges in their work.

I made some conclusions during these days, no scientific research, just my opinions, so you have to take it for what it is.

The companies’ challenges differed a bit depending on where in Europe you work. In Eastern and Southern Europe, the biggest challenge was the lack of labour. In some parts of Europe, such as Poland, Belgium and the Netherlands, which have become something of logistics hubs, it is a big problem to find labour. Actually, lack of human resources is the main driver for automating the warehouses in these areas.

In Scandinavia, where I live and work, the main driver for automating warehouse is labour costs. There is quite a big difference in labour costs between Eastern and Southern Europe compared to Northern Europe. In order to be competitive, the automation of various kinds is interesting for many warehouses.

Ok, so a first conclusion is that large parts of warehouse logistics in Europe are interested in automation but for different reasons, both regarding labour.

The next challenge is the increasing need for agility and at the same time a lack of automation solutions that support agility and flexibility. There have been major changes in logistics at a very fast pace. E-commerce and omnichannel completely exploded, the problem with this is that technological developments have not kept up at the same pace. We remain in the same old automation solutions that we did when the warehouse logistics were more static. There is a lot of development in the area with different solutions, but none of them is mature enough yet to be released on the market on a large scale.

I have also noticed that B2B more often invest in cranes or shuttle systems. They have a more balanced flow that they are able to handle including peaks in their automation. These companies have much more “smooth” flow and a more even and predictable growth. When it comes to B2C with e-commerce and omnichannel, it is much more difficult. With peaks like Black Friday and Christmas with sometimes more than 10 times higher-order flow, for example, it is impossible to build an automation solution that can handle that. There is also great uncertainty regarding the future because it is an immature market.

The second conclusion is, warehouse logistics have a strong demand for new automation that is agile and flexible. Fewer companies need expensive big bang solutions that are rigid in the workflow because more warehouses handle B2C with large fluctuations in order flows with huge peaks. There is a lot of development going on but few solutions are ready for the market. Also remember, according to Modern Material Handlings survey from May, 90% of customers of automation, the highest priority is durability and uptime. That means new companies in automation business need to have strong and well-developed service organizations to attract new customers.

My third conclusion is, many companies could come a long way in optimization and efficiency with the help of a good WMS and the right skills to configure WMS. Many companies are stuck focusing only on picking processes. Two of the most labour-intensive areas in a warehouse are goods receiving and outbound packaging. In my opinion, there is often much to do in these areas in order to decrease the number of man-hours in the warehouse. Remember AI has a very important role in WMS now already. There have been great results with AI in some features. There is a differentiation in the market regarding WMS. Those vendors who have the financial muscles to invest in development to meet customers’ increased demands. As for example with the help of AI. These vendors also have a very customer-driven development, which you can see by the new features in several new releases per year. Then there are the smaller vendors who instead attract with much-customized solutions but instead get few releases and a small number of new features. Because of this, the choice of WMS is a hugely important strategic decision for the future.

Finally, I see an exciting future in logistics. We will see what new upcoming automation solutions that will be popular. In addition, how software like WMS/WCS will control hardware and interact to enhance agility and flexibility in the warehouse.

Roberth Karlsson is a logistics expert and the author of roblogistic.com. 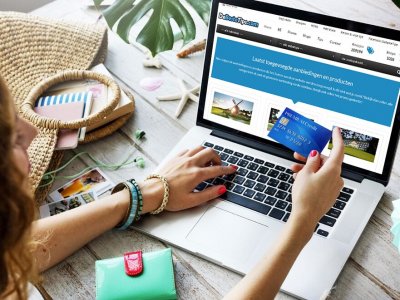 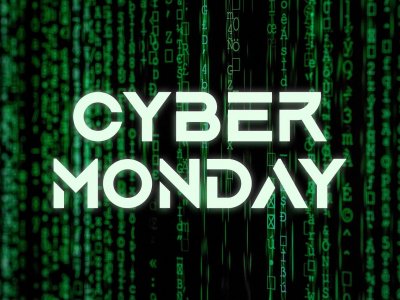 Online, not inline!! E-commerce news by...