H2 Mobility has opened Berlin's first hydrogen filling station where HGVs can refill.  The station will be used by the city's waste collection vehicles too. 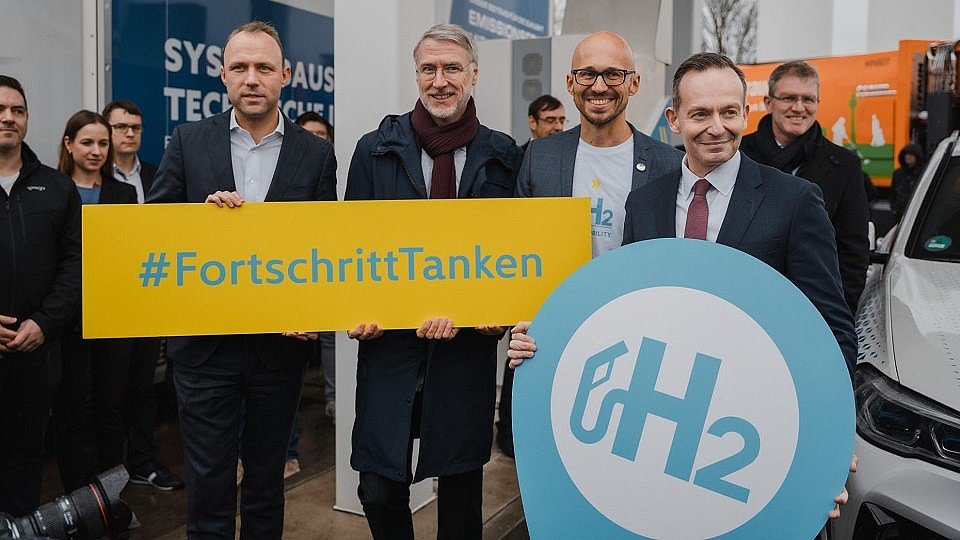 With more than 850 kilograms of hydrogen, the Tempelhofer Weg hydrogen filling station is one of the biggest stations in Europe, and is crucial for the further ramp-up of hydrogen mobility in the German capital, as nowhere else is the number of H2 vehicles growing as quickly as in Berlin, states the company in its press release.

The new hydrogen station is the first where HGVs can also refuel.

Sara Schiffer, Managing Director of the leasing start-up Hylane, which is known for its cooperation with DB Schenker, said at the opening:

“Our customers have been driving hydrogen trucks in Germany since the end of last year. The expansion of the tank infrastructure gives our customers increased flexibility when planning their routes and ensures a reliable hydrogen supply through regional redundancies.”

After the completion of the standard optimization operation, the hydrogen filling station is now available for refuelling at 350 bar (H2 buses and trucks) and at 700 bar (H2 cars, light commercial vehicles and refuse collectors).

“Heavy commercial vehicles with electric drives can already refuel at megawatt speeds with hydrogen at 350 bar – for example here on Tempelhofer Weg in Berlin. Our goal is to add up to 120 additional locations across Germany over the next four years,” said Nikolas Iwan, Managing Director of H2 Mobility Germany.

The construction of the gas station in Berlin was funded by the Federal Ministry of Transport with 1.3 million euros. In Germany, H2 Mobility is responsible for the construction and operation of hydrogen filling stations.

H2 Mobility operates 95 such filling stations in operation across Germany and Austria.