The Culina Group, which acquired Eddie Stobart in July, has revealed that the classic Eddie Stobart green, red and white livery is set to become a thing of the past as part of the company's new brand identity. 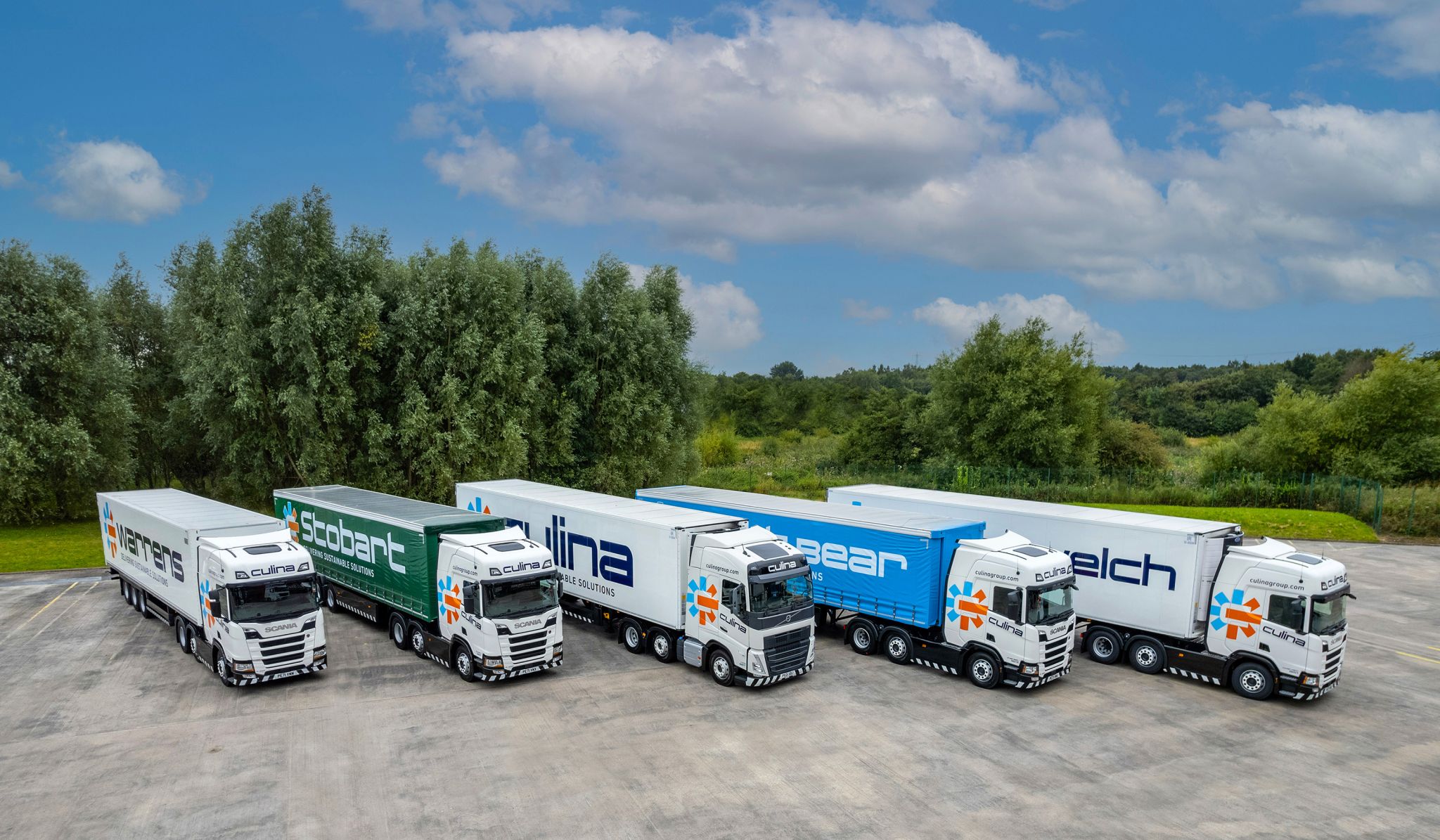 A photo released by the Culina Group on social media yesterday shows how its fleet, including the trucks from the companies it has acquired (e.g. Eddie Stobarts, Great Bear Logistics and Fowler Welch), shall look.

Trucks part of Great Bear Logistics, which traditionally have had a sky blue livery, will continue to use the same colour on its trailers according to photo. In the case of Fowler Welch, whose liveries use similar colours to Culina, the new-look truck and trailers pretty much fall in line with Culina’s colourscheme.

However, when it comes to Eddie Stobart, the change is immediately more noticeable. First, the photo shows that all of the trucks are in Culina colours, with only the trailers seen in the traditional colours of the original companies. That is a noticeable change from the rather gaudy and brash green, red and white look the current Stobart trucks have.

Things are different when it comes to the trailer design too. There is no red whatsoever, and the font has been changed to match that of the Culina Group, whose logo also appears in the design.

In the caption accompanying the photo shared on social media, the Culina Group said that the changes were the “next logical step” in its development:

We are pleased to announce the launch of our comprehensive new brand identity which is the logical next step in the on-going development of Culina Group. This branding symbolises our dynamic and exciting future whilst retaining a sense of familiarity. It is fresh, modern, and an evolution of what we have used historically representing.

On LinkedIn, the reaction to the new designs was generally positive. However, over on Twitter, users evidently felt different about the changes. A number of people expressed disappointment at the “heritage” of Eddie Stobart being lost along with its traditional colours.

One user commented: “It’s sad to see the heritage of Stobart being taken away and hidden behind a rather drab corporate identity. Way of the world these days I guess.” A second tweet reads: “Just curious here but why would you change the other companies to near enough the same. All the heritage of the Stobart look of their trucks made them stand out just does not feel the same seeing one of the trailers look like that.” In reply, another user said: “I agree with you Stobart isn’t Stobart without the green and red.”

Not everyone is a fan of Eddie Stobart of course. That said, once these brand changes are applied across the board, there is no doubt that its fleet, as well as motorways across the UK, will not quite look the same again.
Trending articles
Trending articles