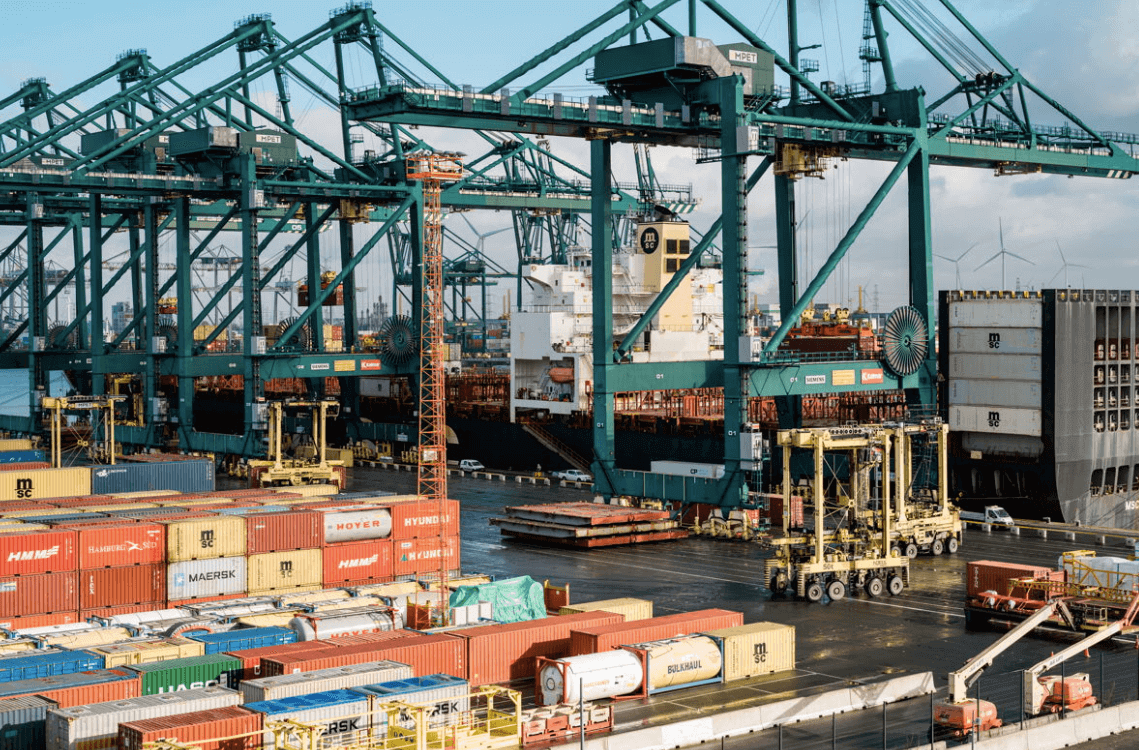 The Port of Antwerp has introduced its ‚Certified Pick up’ system, which allows for the digital release of containers. In addition, emissions from trucks will be measured at the port and non-compliant vehicles will not be allowed in.

According to the port, the Certified Pick up is a digitally secure and integrated solution for releasing containers. It will be launched in the port on January 1st 2021, replacing the current PIN code system.

The new way of working is being implemented to guarantee a transparent and optimised process of releasing incoming containers, which can then leave the port by rail, barge or truck.

To pick up a container from a terminal in the port, a unique PIN code is currently required. The time between the transfer of the PIN code to the transport company and the entry of the code by the driver at the terminal is quite long. In addition, the PIN is visible to different parties, which increases the risk of abuse.

The new solution is intended to speed up the process of releasing containers and make it safer and more efficient. Certified Pick up is, as the port authorities explain, a neutral, central data platform that brings together all stakeholders involved in the container import process.

Importantly, it will also be possible to trace who took part in the collection of the container. This will enable the competent authorities (e.g. customs or police) to access the data exchanged and generated as part of the certified pick-up procedure.

In future, CPu should allow for the complete elimination of the digital key. A security process based on identity verification with fingerprints or eye scans can be developed, explains the Antwerp Port Authority.

According to the port authorities, CPu will bring operational benefits to all logistics partners in the port chain. It will simplify administrative processes, enable employees to work more safely and reduce the handling time of imported containers in the port.

The new platform is also a tool for combating drug mafias:

I welcome the fact that the port community is helping to further secure the logistics chain. Thanks to a system of digital codes, we are making it significantly more difficult for the drug mafia to access the containers at the terminals. I really want to thank all the partners involved for making this possible,” comments Annick De Ridder, Councillor of Antwerp.

The Port fights against exhaust emissions

CPu is not the only innovation in Port of Antwerp. Already this autumn, the port authority will introduce a new measurement system for mapping emissions from cars and trucks. In the coming months, more than half a million measurements will be made.

The port authorities have established that the emissions of many trucks are higher than can be assumed from the emission standards. This is due to faulty systems for catalytic reduction (SCR) that have failed or have been intentionally switched off. According to statistics from the Belgian newspaper Het Nieuwsblad, on average, the AdBlue system does not work properly in one in eight Euro 5 diesel vehicles. Similar manipulations also apply to trucks meeting the Euro 6 emission standard. Hence the decision of the port authorities to take measurements on the main access roads to the port, as well as on the main routes within the port itself, for at least twenty working days. For this purpose, appropriate sensors will be placed at selected locations, which can measure emissions remotely.

In addition, the port authorities have announced checks to be carried out in cooperation with the police. The aim is to capture trucks that do not meet the declared exhaust emission standards.