Recently, China ratified the TIR Convention and join the IRU organization, which is part of a long-planned project to connect China and Russia by road. The project only confirmed how both giants need the expansion of international road traffic and legislative initiative in the area of cargo exchange. And although for road carriers it is a chance for new lucrative orders, the route raises many concerns.

The experiment involving six trucks and two buses supplying fruit and vegetables was carried out quickly and without interruptions. The trucks needed 12 days to cover 5,600 kilometers. The important thing is that the cargo was sent directly to the Russian Federation from China, excluding Mongolia and Kazakhstan.

On May 29, during the solemn closure of the world-famous road experiment, the Russians announced a new agreement with China. Indeed, the agreement was then signed during the annual Summit of the Shanghai Cooperation Organization June 7 in Qingdao (China). The ministries of transport of both countries have signed an agreement on the abolition of barriers (currently carriers of both countries can carry out transport only within border areas) and open their territories for international road transport.

The new agreement will be the driving force of Russian-Chinese road transport. Carriers from both countries will be able to freely deliver goods to any city in China and Russia. They will be able to carry out transports in accordance with the most important asset of road transport – door-to-door – said Alexei Dwojnych, general director of the Road Transport Agency, responsible for coordinating the Dalian-Novosibirsk project. 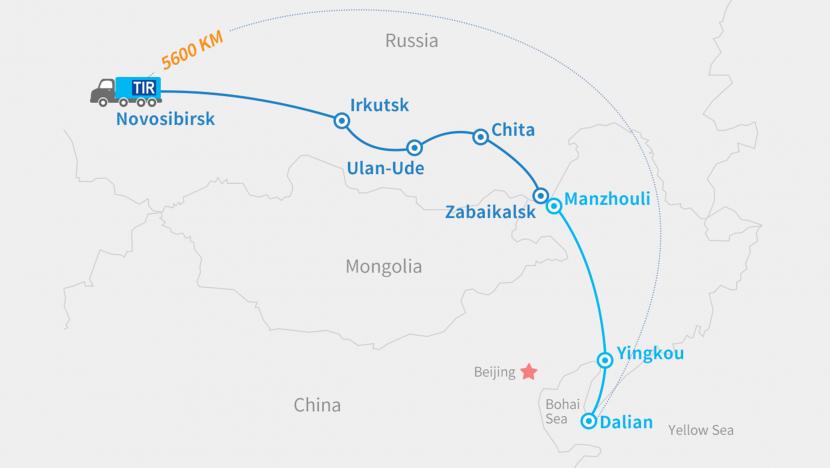 The new corridor will shorten the time of transport, save costs and develop the door-to-door delivery service by road. In addition, the newest corridor is also a step forward in the development of the New Silk Road. China is testing new routes – says Andrzej Iwanow-Kołakowski, AsstrA regional director for the EU region.

Currently, the TIR system is valid in China at six road border crossings: two points on the border with Russia, one at the crossings connecting China with Kyrgyzstan, Kazakhstan and Mongolia, as well as the internal customs office in the city of Dalian.

The accession of the People’s Republic of China to the TIR Convention gave foreign carriers the opportunity to deliver goods within China and the chance of transit. Until now, goods were delivered to border warehouses and then transported by Chinese carriers. Thus, Chinese transport companies also gained access to foreign markets – says Andrzej Iwanow-Kołakowski. 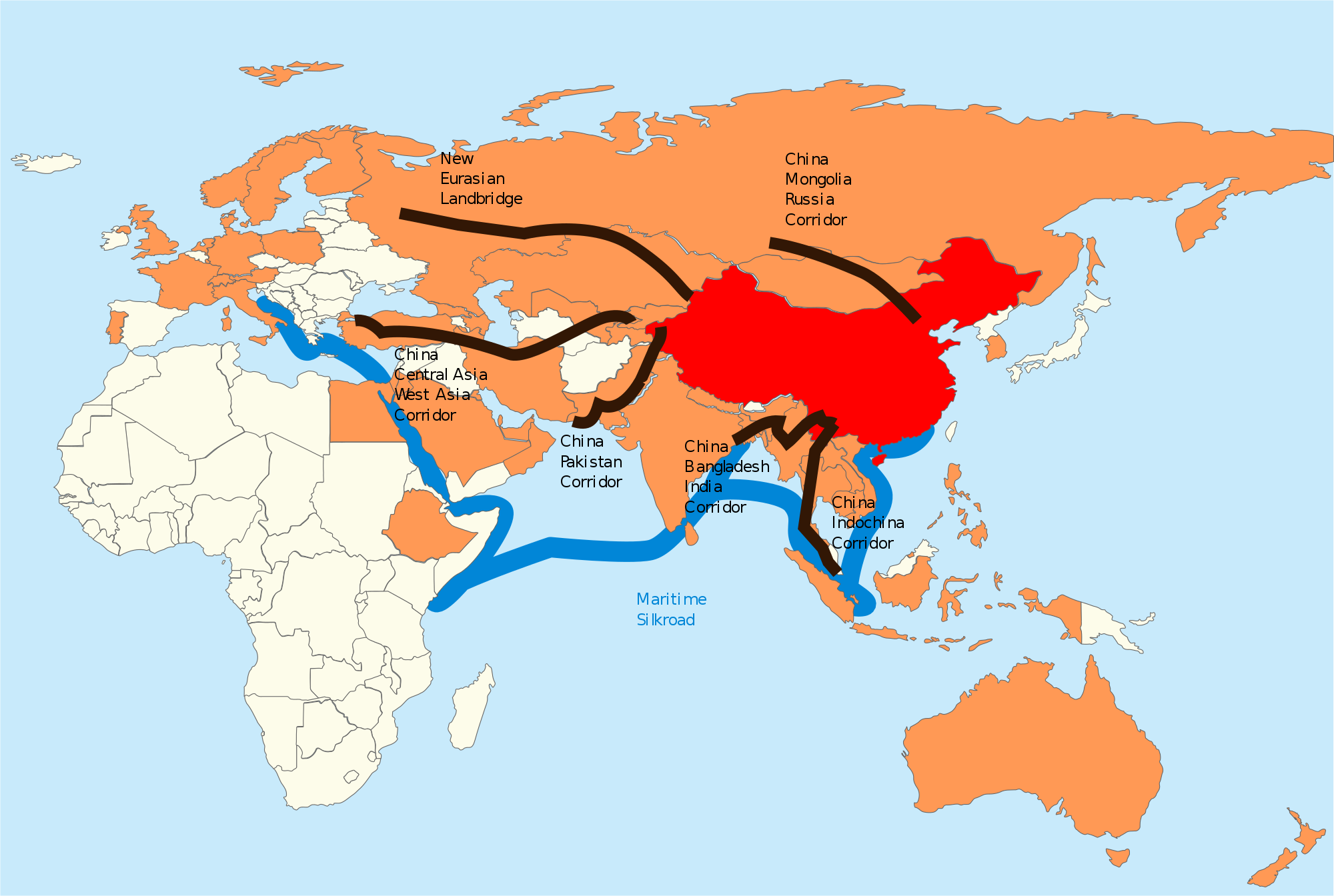 The functioning of the Russia-China transport corridor will give both parties a number of benefits. The initiative will primarily affect the economic development of the Siberian regions. Along the route with such a large cargo flow, the service sector, infrastructure, new transport hubs and logistics centers will be developed. And although this route has nothing to do with the sanctions and crisis in Russia, one might be tempted to say that the Russians thus also found a new direction for the supply of goods that the Federation is in dire need of. The new corridor will, therefore, allow for a minimum degree of independence from the European Union, but also weaken the impact of sanctions.

This is a strategically brilliant move by Russia in response to the European embargo. The biggest winners here will be China, which will do a great deal with its neighbor and Russia and become independent from the supplies, among others of Polish food” – claims Karolina Torenc, an expert at Go Logis, a Polish forwarding company specializing in servicing Eastern markets.

For China, in turn, one of the most absorbing markets in the world has opened up. The Russian Federation, which suffers from the lack of many food and industrial products, may close to European production and open up to Chinese goods. For China, this is the realization of the American dream.

The new route for trucks can also affect the European transport sector. As Andrzej Iwanow-Kołakowski claims, European carriers will now be able to deliver to and from China. This creates an alternative to other modes of transport and the opportunity to optimize logistics costs. Will the European producers suffer because Russia has just found a new supplier of food products?

Food products from China were delivered to Russia before May this year. Currently, the transport process has been optimized. As for Polish products, they have always enjoyed demand in the Russian market due to their quality. The coming months will allow to verify what effects the new route from China to Russia will have on the European food producers” – asserts the AsstrA-Associated Traffic AG expert.

Karolina Torenc, an expert at Go Logis, claims that „the consequence of the new route may be the loss of the largest market for Western agriculture”.

I believe that the Russian carriers may be the victims of the new expansion. By importing products from China, the Federation will also import transport services to some extent, which in China are in fact much cheaper. The population in Russia oscillates around 144.3 million people, in China – about 1.379 billion. This combination speaks for itself – says Andrzej Iwanow-Kołakowski.

Full opening of borders for carriers of both countries will increase the turnover of Russia and China’s goods to the level of 100 billion dollars. In the best period, both countries managed to reach the number of 92 billion dollars. During the crisis – barely 68 billion. So far, it was feared that the growing Chinese economy would destroy Russia, which is why Russia has delayed so long with the creation of a free trade zone and the opening of new transport routes. Now, however, the economic realities are slightly different and hence the need for new agreements – says Sergey Lukaninin, head of the economy sector and China’s policy Institute of World Economy and International Relations (IMEMO) of the Russian Academy of Sciences. 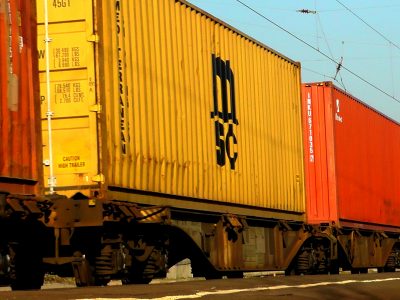 The New Silk Road through the... 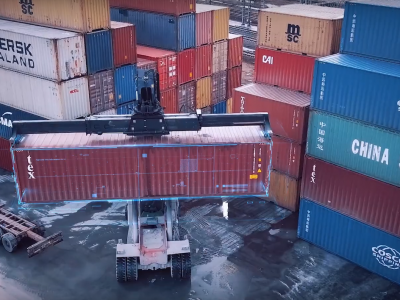 Russian seals will increase the attractiveness...

The New Silk Road through the eyes of an expert: costs need to be stabilized, on...
Russian seals will increase the attractiveness of the Silk Road. Also for road c...
Record revenue from road tolls in Germany in 2019. Eastern European carriers con...