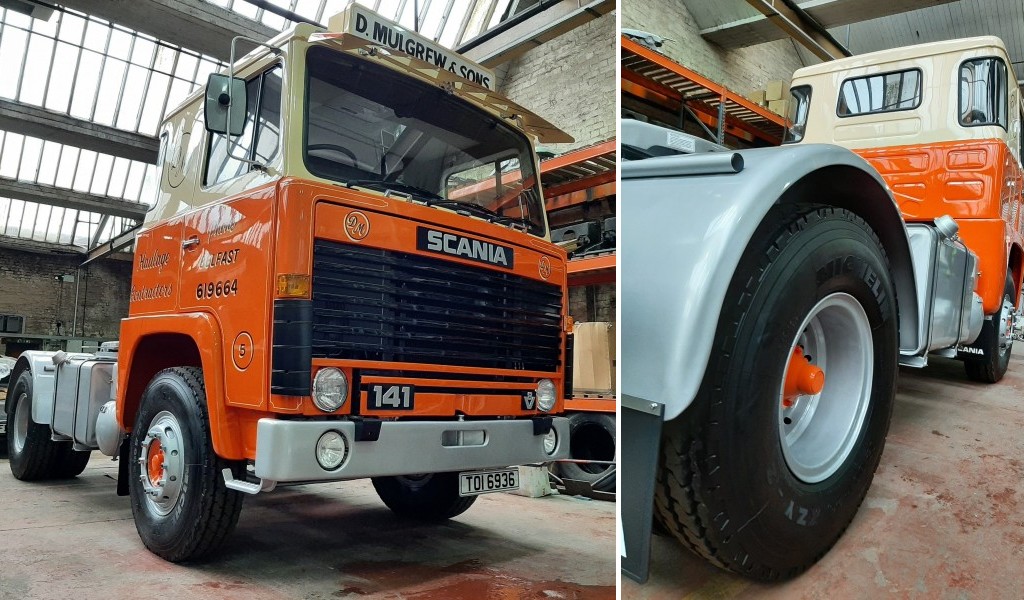 Northern Ireland-based Mulgrew Haulage has continued its restoration program with the aid of Michelin, who recently supplied 5 sets of tyres for the haulier’s 1978 Scania 141 4×2.

The classic Scania is one of a few iconic vehicles being restored by the family-owned transport company.

The Scania photographed above, which was one of the first vehicles operated by the firm, has been painstakingly restored in-house by Martin and Declan McCrory in a project which lasted four years.

The tyres were one of the last pieces of the jigsaw, and Paul Mulgrew, a Director of Mulgrew Haulage, is happy with the result:

We’ve been running a Michelin policy across our fleet for 15 years, so naturally they were our first port of call when we were looking for new tyres for the Scania 141. Despite being a rare size today, they are still in production and A One Tyres arranged swift delivery. As a classic truck, you want to stay true to form, and the Michelin XZY2 is an evolution of the original Michelin XZY range which was a popular choice at the time.

The Scania 141 has already made a big impression; it won the prize for Best Classic Working Truck at Truckfest Peterborough in August 2020.

The next truck to begin the restoration process is a 1979 Scania 111, which is expected to be completed within the next 18 months.

“We still manufacture a wide selection of tyres in sizes which are far less common today, but ideally suited to classic commercial vehicles. In many cases these are trucks which have operated on Michelin rubber since they rolled off the production line decades ago; and customers naturally want to maintain them in original condition.”