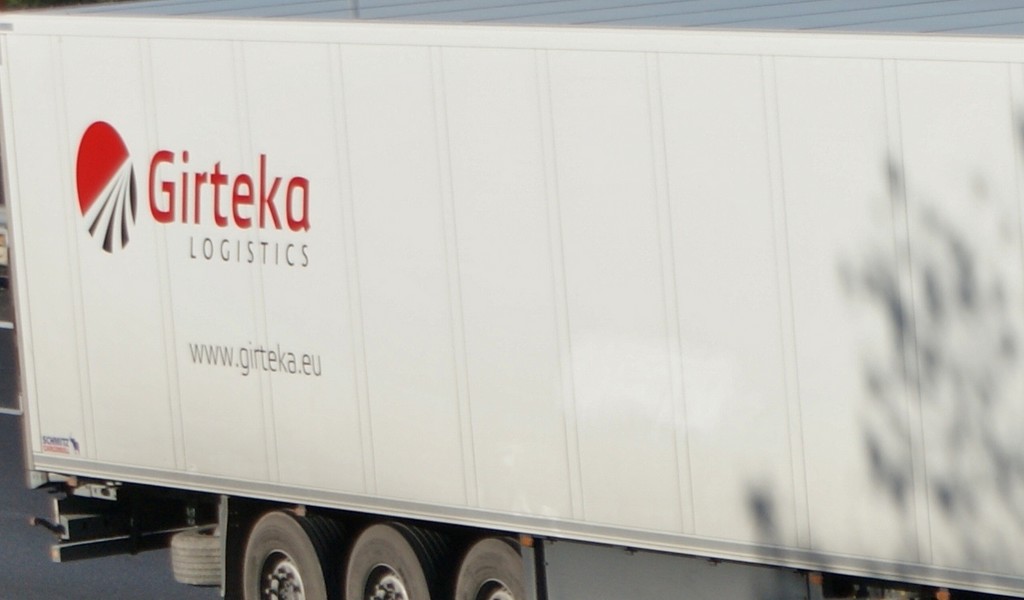 The Norwegian Truck Owners Association has claimed it has evidence proving Girteka Logistics has been reported for 20 instances of illegal cabotage since the start of last year.

In an article published on its website, the Norwegian Truck Owners Association (NLF) says the alleged cases of illegal cabotage relate to handwritten consignment notes and the transfer of trucks and trailers.

In its report on the story, the NLF argues that the systematic switching of trucks makes cabotage inspections almost impossible:

The consignment notes associated with the notifications show a consistent and systematic activity with the replacement of trucks during the assignments. This makes it practically impossible for the inspection authorities to know with certainty which vehicle has been involved in which part of the trip, and not least whether the driver is entitled to Norwegian pay or not.

The NLF also claims there are issues with handwritten consignment notes. It says the main problem with such notes is that they may be edited so as to show a different registration number or delivery time.

Geir A. Mo, Director of the Norwegian Truck Owners Association, thus argues that handwritten consignment notes should be outlawed:

As long as the practice of allowing handwritten consignment notes is allowed to continue, it is in reality free for unscrupulous foreign actors who in a relatively simple way circumvent both the cabotage rules and the law on national minimum wages.

As the NLF explains, in order to gain access to the Norwegian cabotage market and have the opportunity to run a maximum of three national assignments in the course of seven days, one must bring incoming cargo from abroad to Norway. This has to be documented through an international consignment note that must be available for inspection. The shipping document must also clearly state which vehicle has transported the goods across the border and what was delivered to the recipient.

The other issue concerning the alleged illegal cabotage, as we referred to earlier, is the switching of trucks.

In the article published by the Norwegian Truck Owners Association, Girteka Logistics Communications Director Simonas Bartkus is quoted as saying that the company may switch trucks for safety reasons (e.g. he reportedly cited the example of switching to a three-axle truck in Norway when bringing a two-axle truck from Spain).

However, the NLF claims that the Norwegian Public Roads Administration responded to Girteka’s legal department by saying it is not permitted to change trucks during a cabotage assignment. According to the NLF, the same letter also states that if Girteka changes a truck during an international assignment so that one or more of the vehicles both takes over and delivers the trailer in Norway, then that part of the assignment will also be considered cabotage.

In a screenshot of the response made public by the NLF, the cabotage rules are displayed clearly in English, with the sections “You cannot change the motor vehicle as long as cabotage is being performed, also during transit” and “There are no exceptions” highlighted in yellow.

It is alleged that Girteka were clearly told that the change of vehicle was not permitted under the cabotage regulations, and that the haulage and logistics company received the information in April 2020. The NLF thus argues that it is “beyond any doubt that Girteka was aware that the Norwegian authorities consider the practice to be illegal.”

A number of the 20 alleged cabotage violations occurred after this time according to the NLF and the Norwegian Public Roads Administration. Therefore, the Lithuanian logistics company have been accused of knowingly breaking the rules.

Commenting on the case, Kjetil Wigdel of the Norwegian Public Roads Administration said:

It is of course worrying that we have several reviews on the same company, regardless of whether this applies to cabotage or other matters. This shows that some players in the industry have greater challenges in complying with laws and regulations, and this must be cleaned up.

NLF Director Geir A. Mo was little more forthright in his reaction to the allegations:

For several years, it seemingly appears that Girteka and its Lithuanian subsidiaries have exploited legal grey areas and disguised national transports as international jobs. In this way, they have been able to operate a permanent fleet of Eastern European vehicles and drivers in Norway. The drivers of these cars have had statutory requirements regarding the payment of the Norwegian minimum wage, the state has been entitled to taxes and fees. If these requirements are not followed, Norwegian carriers have been outwitted in a fraudulent manner during this time.

It is good if Girteka is concerned about traffic safety in winter. But one can still not break the law. Observations made at several points around Norway, Sweden and Finland show that the practice of truck change is very extensive. If it now turns out that the company through this practice also violates the law on generalization in addition to current cabotage regulations, it is very serious and a practice that must cease immediately.

Trans.INFO’s Lithuanian service recently approached Girteka Logistics regarding the allegations. As we are informed, Girteka does not wish to comment further on the matter but hopes Norway will introduce clearer rules on cabotage. The Lithuanian Haulage giant also stated that the company is sticking to the Norwegian regulations.