Police officers from the Polish city of Poznan are facing 3 years in prison for false testimonies and abuse of power. The officers are accused of framing an innocent lorry driver in order to explain the damage on the windscreen of an unmarked police BMW. 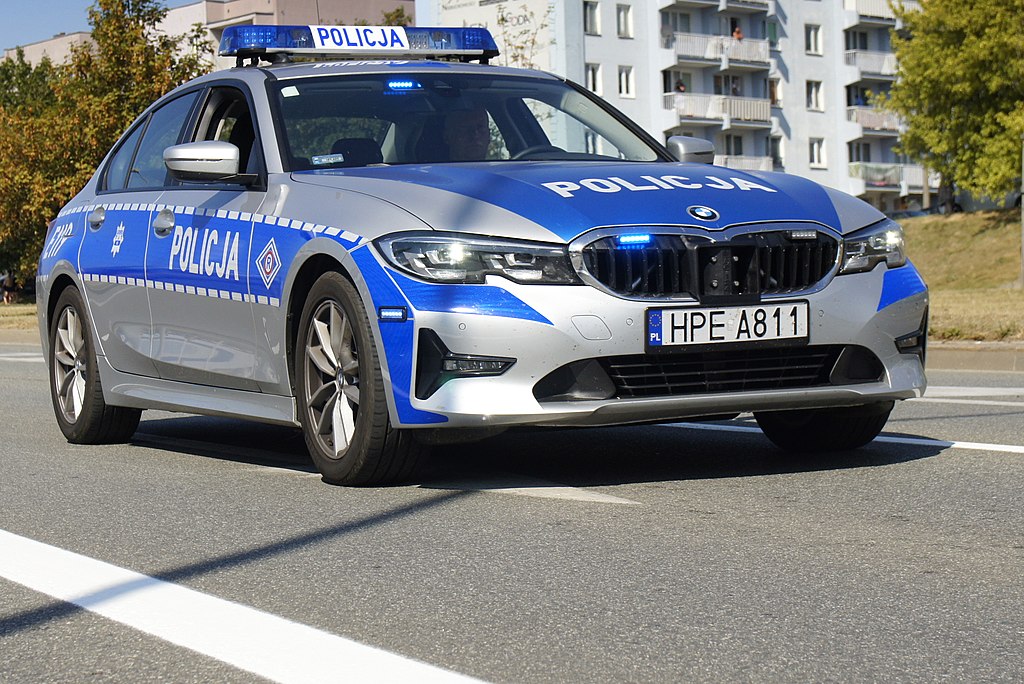 The case relates back to the spring of 2019, when a whistleblower told the local press that officers had falsely accused a lorry driver of damaging the windscreen of their BMW.

It is said that nobody in the police department was willing to admit responsibility for the cracked windscreen. Therefore, the officers were allegedly asked to “do a job” and find a mark that could blamed for the accident and then be used to claim for insurance.

Officers then hit the road and pulled over a truck, claiming somewhat elaborately that its driver had caused the damage by running over a stone that had flicked onto the police vehicle’s windscreen.

The trucker was having none of it though, and has maintained his innocence to date. Eventually, the case was referred to a prosecutor’s office in a neighbouring region, and charges were placed against four officers.

According to the prosecutor, two officers faked an accident involving the truck driver and then reported it to the KMP Road Traffic Department in Poznań. The duo are also accused of bringing a false accusation against the trucker for committing a traffic offense, as well as creating false evidence so as to frame the lorry driver and make him financially responsible for the windscreen damage.

A third officer has been accused of abuse of power, while another policeman faces charges for being complicit in the fraud.

If the officers are found guilty, they face being jailed for up to 3 years.