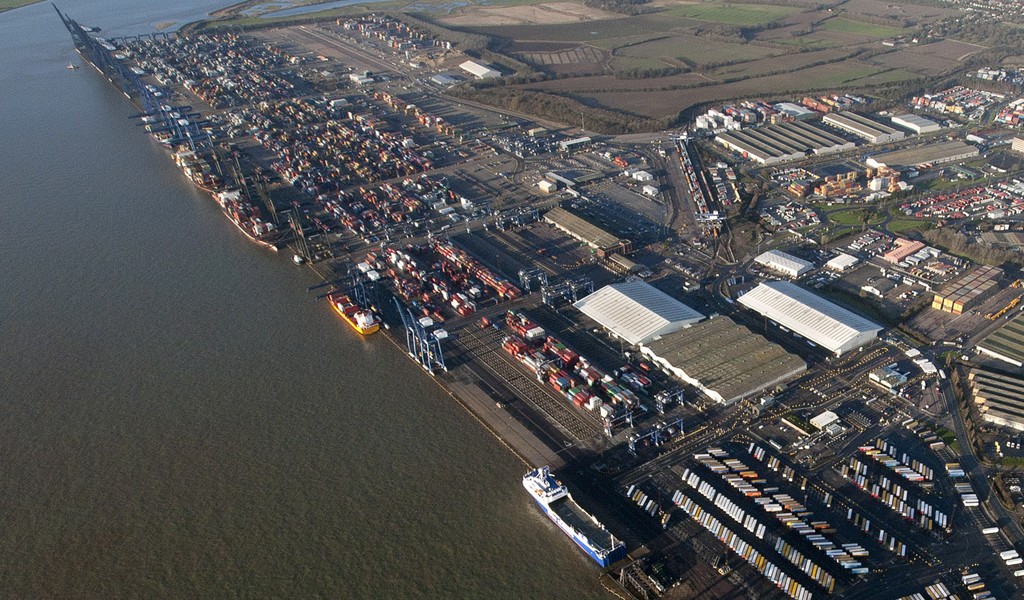 Figures released this morning by the Office for National Statistics show that UK exports to the EU partially rebounded in February. However, UK exports to non-EU nations suffered their most noticeable decline since the start of the pandemic.

Exports of goods to the EU, excluding non-monetary gold and other precious metals, increased by £3.7 billion after a record fall of £5.7 billion the previous month. At the same time, UK exports to non-EU nations fell by £1.5 billion in February – the largest decline in 12 months. 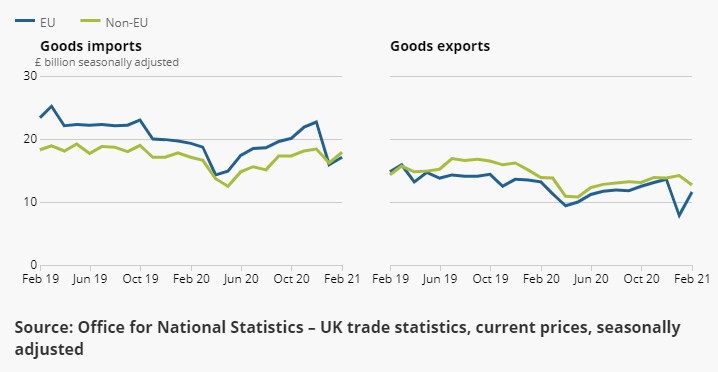 When it comes to imports, the value of goods sent from the EU to the UK increased by £1.2 billion. For non-EU countries, the total increase was £1.7 billion.

Exports of cars to the EU returned to Feb 2020 levels.

Exports of food and live animals (£651m) were 19% lower. pic.twitter.com/odBExsVPGd

According to the ONS, the increase in exports from the UK to the EU in February was driven by machinery and transport equipment and chemicals, particularly cars and medicinal and pharmaceutical products. Interestingly, the ONS says the same is true of the increase in imports to the UK from the EU.

In addition, the report from the ONS reveals the UK’s total trade deficit for February 2021, excluding non-monetary gold and other precious metals, widened by £0.5 billion to £1.4 billion.

Another key finding highlighted by the ONS is that trade in services has consistently remained at a lower level since Q2 2020. It says this is because services accounts such as travel and transport trade continue to be affected by coronavirus (COVID-19) restrictions.

Moreover, the ONS data shows that the majority of the UK’s trade is still with the European Union, while Germany remains its top trading partner.

When it comes to the food and animals, the EU is responsible for around 65% of trade. In this sector, the UK’s top trading 5 partners all come from the EU; Spain, Belgium, Germany, Italy and the Netherlands.

The good news for the sector then is that the UK’s food exports to the EU increased by £0.3 billion (77.4%) in February 2021. Exports of fish and shellfish to the EU also rose last month as more exporters got to grips with the paperwork requirements.

The increase was enough evidence for the ONS to claim that “disruptions to food exports in January 2021 appear to have largely been overcome and may have only had short-term impacts on trade.”

The table below nonetheless shows that the level of exports in February was still lower than it had been before the end of the transition period. 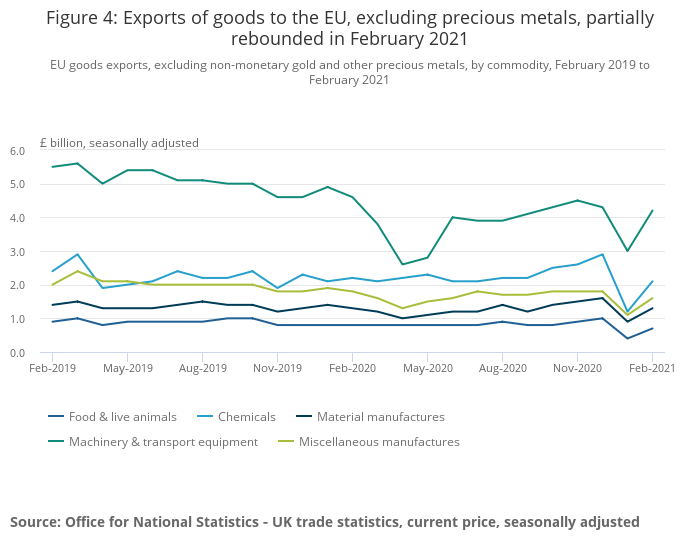