Operation Brock to remain despite calls for it to be scrapped 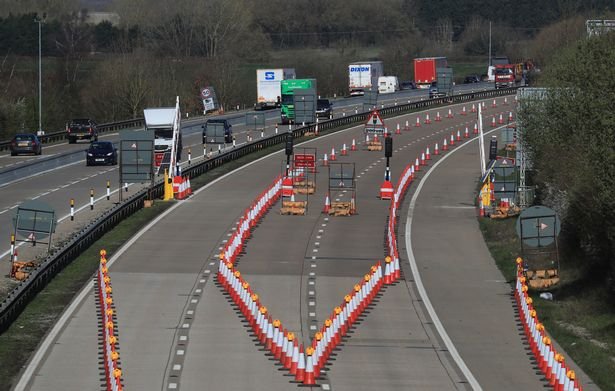 The Operation Brock contraflow is to remain in place, despite calls from some motorists to have it removed.

The UK Government implemented the contraflow between Junction 8 for Leeds Castle and Junction 9 as part of its Brexit traffic management plans.

However, many trucks from the EU have simply been waved through at Dover, alleviating congestion in the process. That has prompted some motorists to ask for the removal of the contraflow.

„There’s not a set date to reopen it for full, three-lane working both ways, because the Covid situation is obviously an added difficulty that wasn’t planned for. We’ve not had any weather since January that’s stopped ferries going, so there’s another situation in which we haven’t seen how necessary it is. And ideally, by the summertime, there might be some holiday traffic. We’ve certainly not seen drivers going across the Channel as tourists since the transition date, so we need to see how Kent’s roads and Operation Brock will operate then.”

Green then explained that the full-opening of Ashford lorry park next month is an another reason for keeping Operation Brock in place:

„The next thing they’d like to do is stop using Manston, and if you can merge all Dover and Channel Tunnel traffic to head towards Ashford that will be possible. So far they’ve been directing lorries down the M2 and A2, and they don’t want that to be permanent – once the new customs check site is up and running in Ashford, Brock will be important in merging all that traffic to just the Sevington lorry park.”