As many experienced lorry drivers will know well, finding some decent grub at the roadside inside isn't that easy nowadays - especially at a petrol station. Fortunately, there a few exceptions to that rule, one of which is an independently run petrol station bakery, cafe and restaurant on the A27 in the Netherlands. 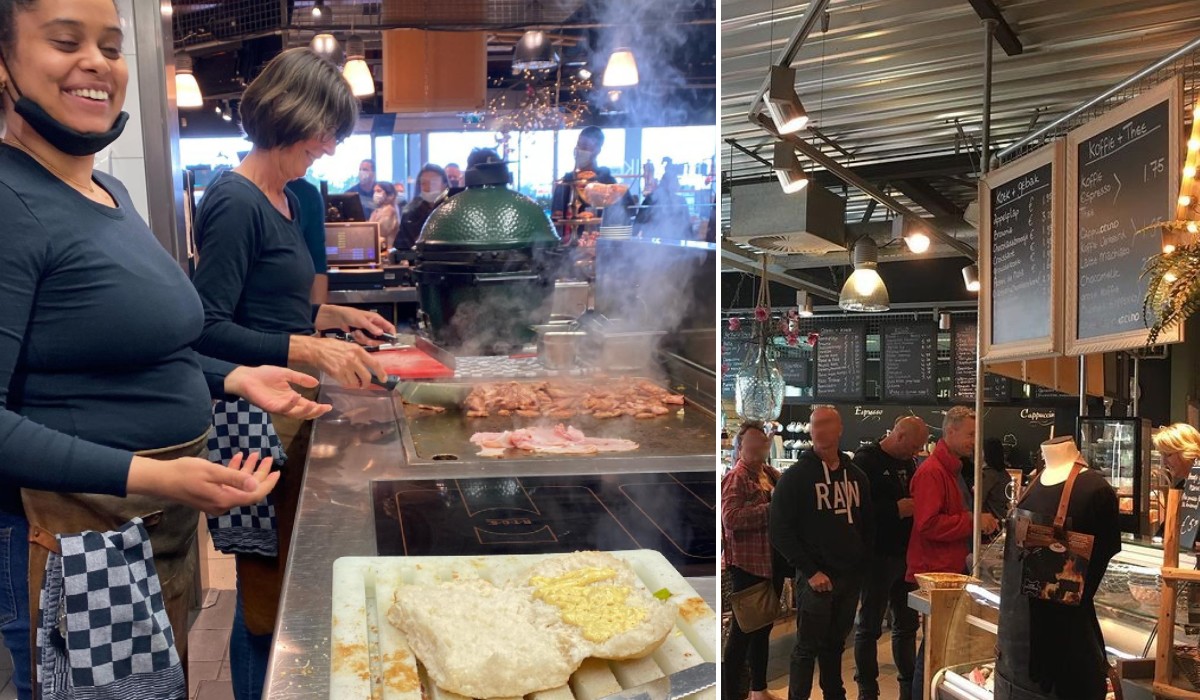 Scheiwijk voor Fijnproevers Hoogblokland has been around for years and seems to have a developed a loyal customer base of motorists and truckers who regularly drive on the A27.

However, the unique petrol station has returned to the spotlight after being covered by a columnist writing for national newspaper de Volkskrant. The article then sparked Dutch food portal Flavorflav into writing about the eatery, while Dutch Road Transport website Nieuwsblad Transport has also recently praised the petrol station’s meatball sandwich.

The Hoogblokland petrol station is located on the southbound side of the A27 between Utrech and Breda, and is relatively close to the junction with the A15 which leads to Rotterdam Port. A second branch is also located further north on the A27, around a 35-minute drive east of Amsterdam. Both locations have truck parking nearby.

According to the article by de Volkskrant, people are deliberately making diversions of several kilometres in order to grab some food at the petrol station. It says the place “has it all” and “is probably most famous fuel station in the Netherlands”. The paper adds that queues stretching out into the forecourt at lunchtime are commonplace. 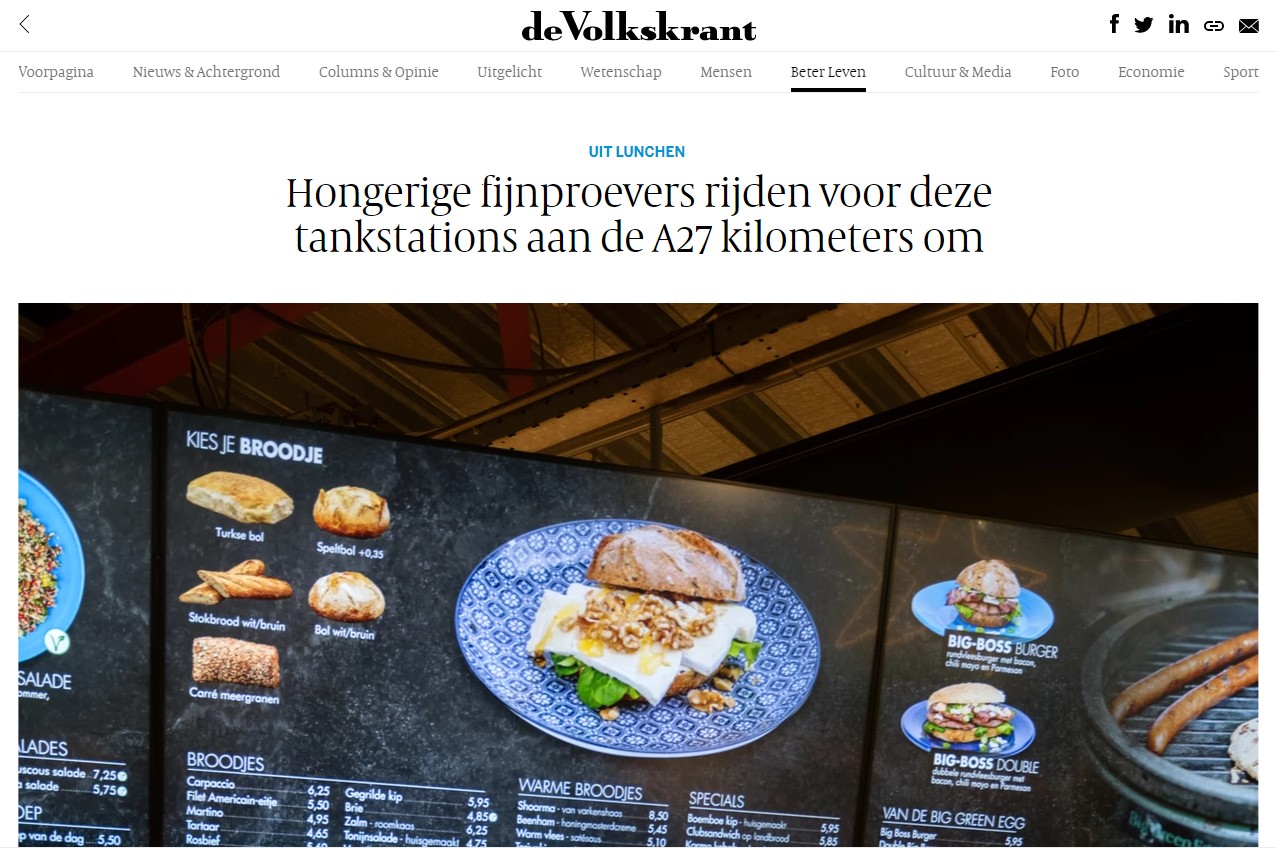 Ingrid, who co-runs the family-owned venue, told de Volkskrant that the business was set up in order to provide people with better roadside food:

“We used to eat well at home, I love to cook and eat, and my parents used to worry about the quality of their sandwiches. I thought it was amazing to see how the quality at many fuel stations was so appallingly bad. That is really only possible, I suspected, because people have no choice. People no longer come to the gas station just for fuel, and moreover, there is hardly any competition for such a small party as we are. That is why, when we took over the business in 2009, we focused entirely on food. We also still have regular fuel station products, but where we can, we make things ourselves or buy locally, organically.’

Foodie website Favorflav soon followed de Volkskrant in writing about the novel petrol station, describing it as a mecca for gourmet food lovers:

Served with pickled cucumbers and mustard, it traditionally “has been regarded as the ultimate trucker’s snack” according to the Dutch portal. 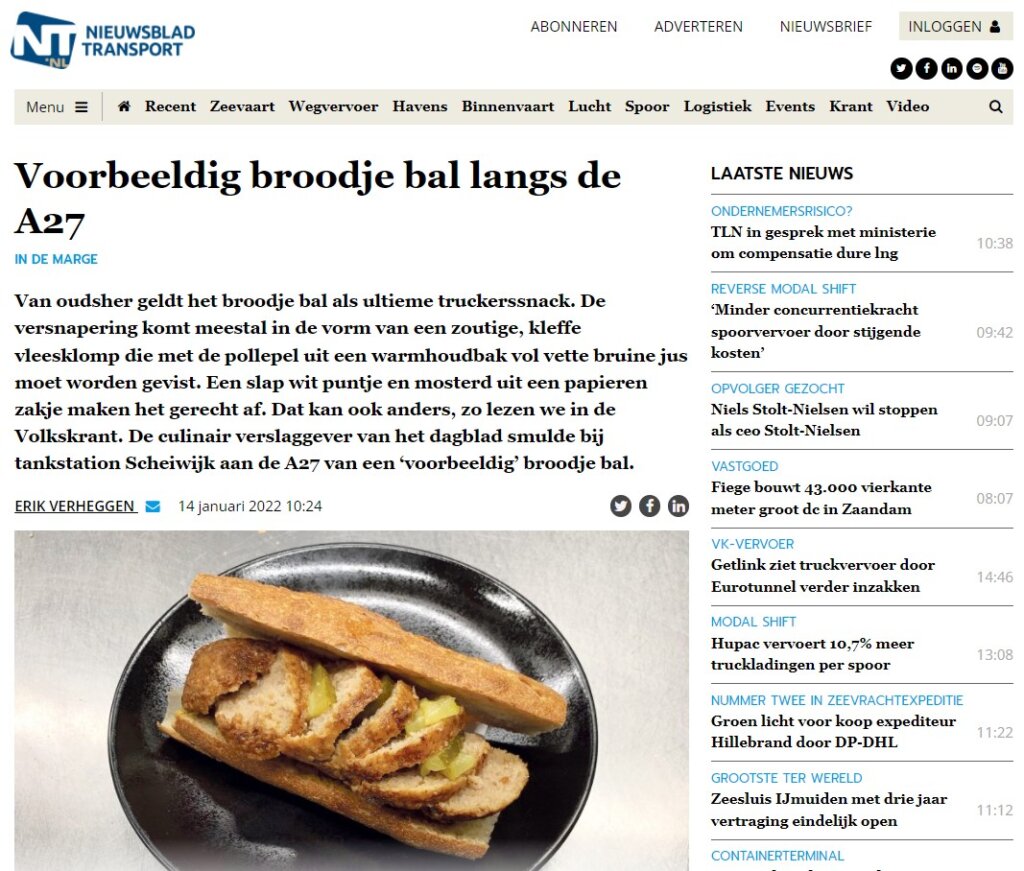 As you can see in the video below, Scheiwijk voor Fijnproevers Hoogblokland clearly is a world away from your typical fuelling station. The question is, should that really be the case? One would imagine many truckers and motorists could do with such a petrol station being on their route.