Police take “ticking time bomb” with 26 defects off the road

German road police operating on the A5 near Pohlheim last Thursday stopped a truck hauling a trailer with a used truck on it. Officers soon learned that the vehicle combination was in such a poor condition it was a “rolling danger". 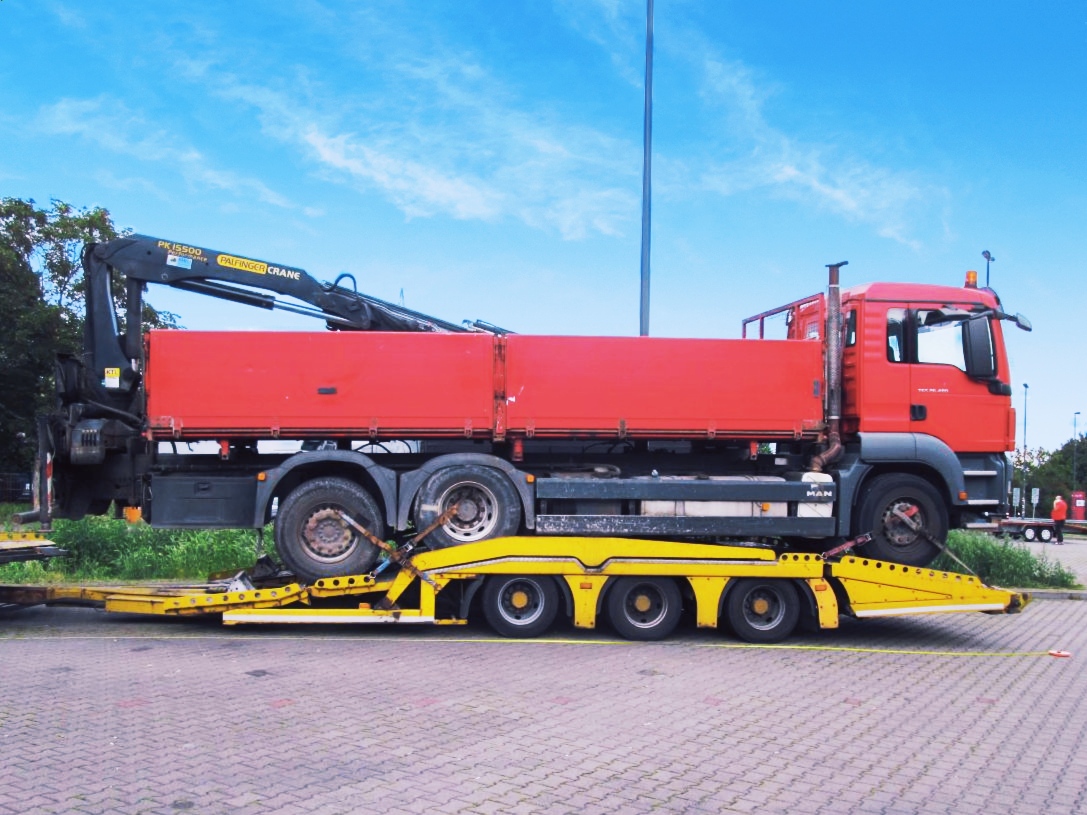 The vehicle was pulled over to a nearby rest area, where an inspector learned the frightening extent to which the vehicle the damaged.

Among other things, its air brake system was leaking. Moreover, the brake discs on the rear axle were well below the required minimum. This could have led to a total loss of braking effect. In addition, the steering was already considerably worn and the vehicle frame had visible cracks.

To make matters worse, the brakes on the trailer had almost completely failed. There were no longer any brake pads on three of the six wheels. The remaining three wheels had a residual braking effect of just 20%. The securing of the 14-ton load could also be described as “poor” at best by officers. On top of that, at 20.7 meters, the vehicle combination was far too long. The exemption document for the vehicle, which had already expired, allowed only for a maximum of 20.25 meters.

As a result of all these faults, police forbid the vehicle from continuing its journey. The vehicle owner had to pay a security deposit of 3,500 euros on site. The officers secured the attached license plates and sent them to the responsible registration office in Poland.

Commenting on the discovery of the truck and trailer, officers said it was “impossible to imagine what could have happened if the truck driver had braked heavily or if emergency braking had been necessary.”

The police added that thanks to the actions of the officers, the “ticking time bomb” no longer poses any danger to others.