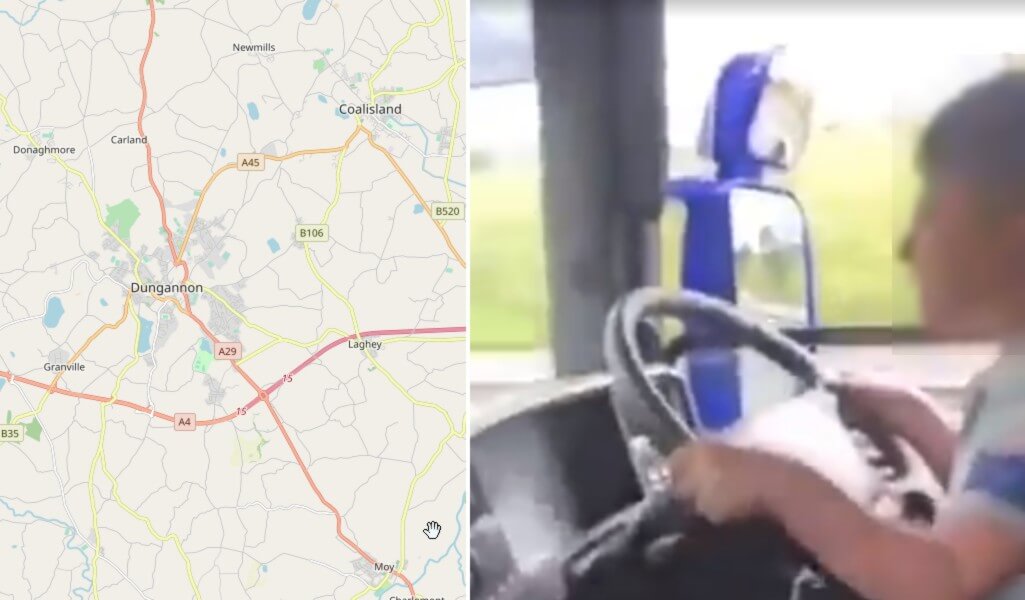 Police in Northern Ireland have asked for information regarding a viral video that appears to show a child driving a lorry on a motorway near Dungannon.

The 8-second video, which can be seen on various social media sites including Snapchat and Facebook, begins with the man filming the clip asking the child “you alright there, lad?”. The boy then replies „yeah” as his face turns away from the road towards the man in the passenger seat.

Before the end of the short clip, the man then urges the boy to „lift off, lift off” and utters a swear word.

According to the Belfast Telegraph, The Police Service of Northern Ireland have said that the footage shows a boy “clearly under the age of gaining a valid driving licence driving a lorry while in the presence of an adult.”

The police were first made aware of the video from several worried members of the public. They have since asked anyone who recognises the boy, or the voice of the man in the passenger seat, to contact them.

A local councillor described the stunt as „reckless” and „careless” and that the person responsible should be held to account.