Fuel of the future: How to realize the potential of hydrogen 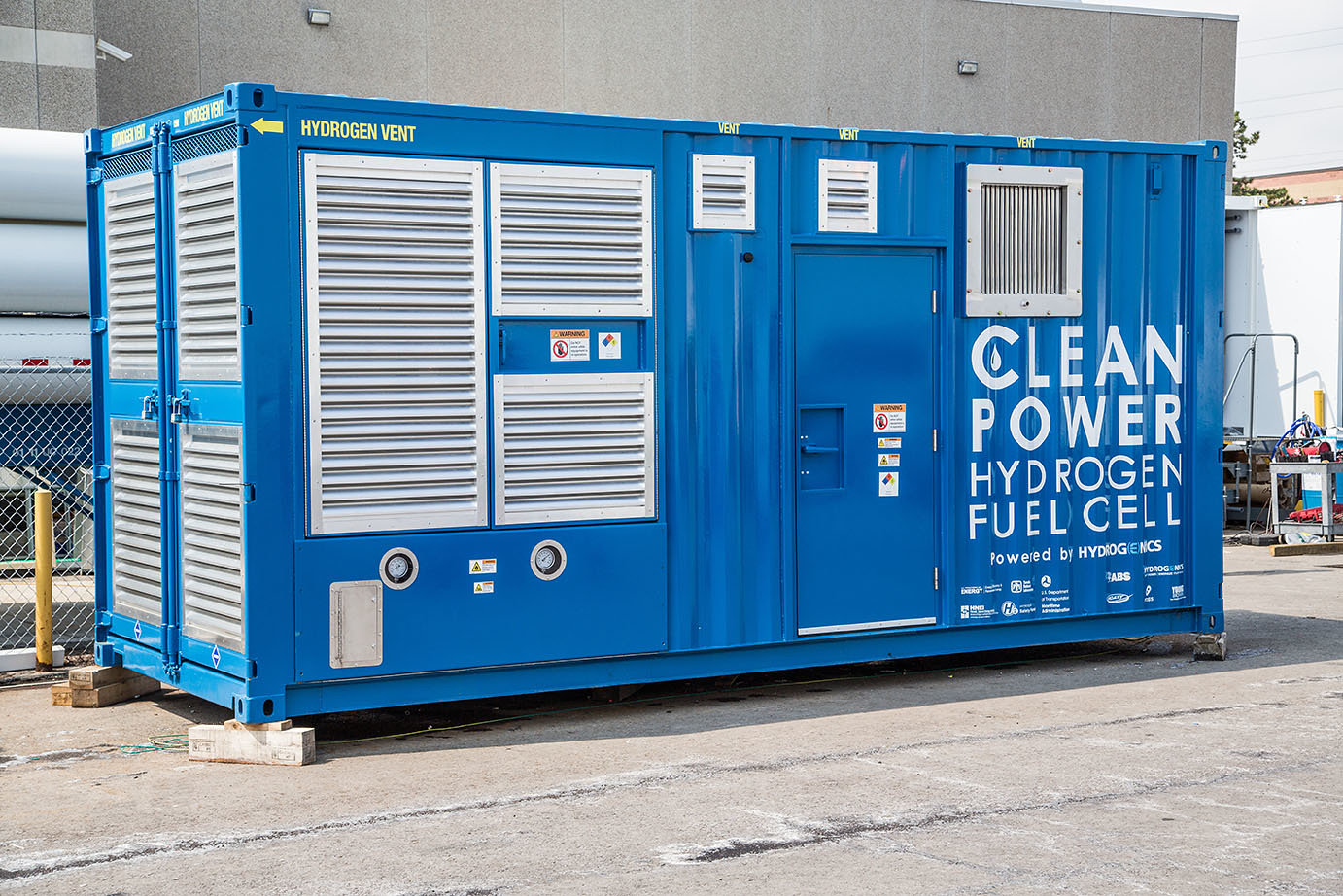 Could the climate crisis be mitigated by using hydrogen produced with wind and solar power, creating renewable energy where the only emission is drinkable water? Here we explore the possibilities of hydrogen as a tool to fight climate change.

Proponents of so-called green hydrogen believe it could help end our dependence on fossil fuels and aid the transition to a net-zero world – transforming heavy-polluting industries such as steel and cement, and entering our daily lives for example in the form of hydrogen fuel cell trucks and cars.

Alongside it, significant reductions in emissions can be achieved by using blue hydrogen, which is made from natural gas but incorporates CO2 capture in its production.

Hydrogen has been hyped as the fuel of the future before, but it really might be different this time.

Numerous national and regional policy targets are coming together in the global momentum towards net-zero emissions by 2050 – hydrogen is a significant part of the solutions puzzle together with renewable fuels and electrification.

Advances in technology are making electrolysis less expensive than before, and electricity from wind, solar and hydro is much more available – meaning the production of “green hydrogen”, a truly carbon-free fuel unlike other varieties of hydrogen, is now a real contender to transform the energy market.

„Hydrogen is a significant part of the solutions puzzle together with renewable fuels and electrification.”

“Climate change targets have really changed the conversation,” says Simon Bennett, energy technology analyst at the International Energy Agency (IEA). “We need hydrogen to meet our climate goals. And we need to increase the commitment and investment today so that we have the hydrogen capacity when we need it more in the near future.”

Bennett’s statement is echoed by Antti Pohjoranta, Head of Technology for renewable hydrogen at Neste, a global market leader in renewable diesel and sustainable aviation fuel.

„Climate change targets have really changed the conversation. We need hydrogen to meet our climate goals. And we need to increase the commitment and investment today.”

At its refinery in Porvoo, Neste is developing its first industrial-scale renewable hydrogen facility to supply the refinery with green hydrogen, making a significant share of the refinery’s hydrogen production sustainable. The Sustainable Hydrogen & Recovery of Carbon (SHARC) project involves water electrolysis technology for the production of green hydrogen as well as carbon capture from existing hydrogen production, and the permanent storage of captured CO2. Altogether the project is set to achieve a reduction of more than 4 million tons of CO2 emissions at the site in the first 10 years of operation.

Simultaneously, the company is setting up the world’s biggest high-efficiency steam electrolysis demonstration plant – solid oxide electrolysis, SOEC – in its Rotterdam refinery to illustrate and explore the future potential of this technology.

“These are important steps moving towards net-zero emissions,” Pohjoranta says. “We need bigger action and faster movement, but it will take time before technical and financial risks can be managed effectively. These risks can be lowered by gradually implementing the technologies and supporting the industry in scaling-up. That is exactly what Neste is pushing for.”

Today, hydrogen is mainly used in oil refining and the production of fertilizers. Demand for hydrogen in industrial use has more than tripled since 1975 and is currently almost completely supplied from fossil fuels according to the IEA’s The Future of Hydrogen report.

Because of that, production of “grey” (from gas) and “brown and black” (from coal) hydrogen accounts for 830 million tonnes (Mt) of CO2 a year, which is around 3% of greenhouse gas emissions.

The potential impact of hydrogen does not end there. It could have a dramatic effect:

Huge potential in aviation from e-fuels made with clean hydrogen

There are already cars powered by hydrogen fuel cells on the market such as the Toyota Mirai and the Hyundai ix35. But widespread uptake is hampered by high prices and the lack of hydrogen filling stations – there are only 550 in the world, with nearly half of those in Japan and Germany. This is set to change however, as the EU is planning regulations mandating member states to build hydrogen refueling stations along main transport routes, facilitating the expansion of the use of hydrogen in road transportation. Although the number of fuel cell vehicles has increased rapidly to 43,000, that is still very low compared with more than one billion petrol and diesel cars and 11m battery electric vehicles on the road today.

Hydrogen, as a building block for sustainable aviation fuel, has a clearer case in long-distance freight, aviation, and shipping. While the range and weight limitations of batteries cause problems, many look to a Sustainable Aviation Fuel (SAF) made with hydrogen by combining it with carbon from captured CO2 emissions. Such a fuel, called e-SAF, can be dropped into existing planes with little or no redesign because it is chemically identical to existing aviation fuel.

Pohjoranta says power-to-X and liquids derived from hydrogen and captured CO2 could dramatically increase the range of low-emission planes. “The technology has been locked in since Wright Brothers,” he says. “We need a solution. As a further complementary alternative to current bio-based sustainable aviation fuels, taking green hydrogen and making e-SAF out of that has a big role to play.”

Another interesting application is using green hydrogen to store renewable energy and move it around the world. Sunshine is abundant in the Australian desert, but how do you get solar energy to cities thousands of kilometers away? The answer could be using that renewable electricity to create hydrogen, which is then transported as a gas by pipelines, or in liquid form by ships. Hydrogen could also solve the problem of variable output from wind and solar, allowing producers to store excess renewable electricity in hydrogen when supply exceeds demand.

Could the hydrogen bubble burst?

Bennett says there is definite hype around hydrogen at the moment, but he isn’t concerned about the bubble bursting. He draws a parallel with the “railway mania” stock market bubble in Britain in the 1840s – of the 15,000 kilometers of track proposed, more than a third was never built in the end, but the bubble did result in a huge expansion of the railway system.

“We probably have a bubble, but you can argue that a bubble is necessary to consolidate an industry – you pour capital into the sector and see what works and what doesn’t,” he says.

Bennett adds: “You can’t escape the conclusion that hydrogen is part of the solution to get to net zero – and quite a significant part. That doesn’t mean an entirely hydrogen-based economy, but there is a sensible role for hydrogen in many sectors.”

Pohjoranta agrees that green hydrogen is here to stay as part of the solution to a more sustainable future – indeed Neste’s transformative SHARC project alone will strongly contribute to both Finland and the EU reaching climate targets, and has a significant role in Neste’s target of carbon neutral production by 2035.