Lorry queues amassed on the A20 in the direction of Dover last night until the early hours of this morning, with Operation TOP deployed in order to manage traffic. The queues come amid delays caused by more Brexit goods checks as well as the havoc caused by the Omicron coronavirus variant. 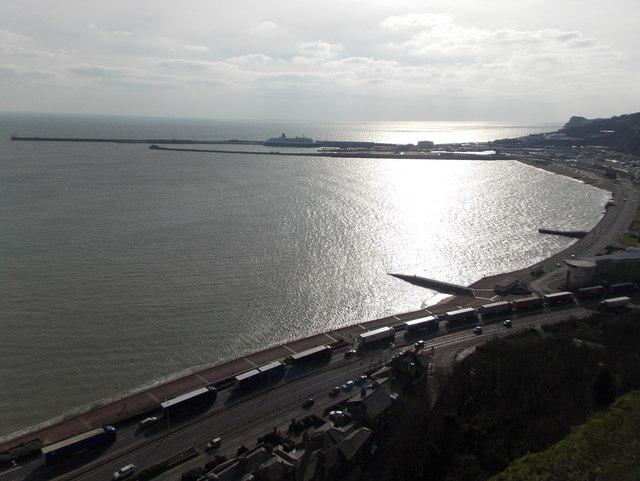 According to multiple reports in well-known UK-based newspapers, long queues of trucks were seen on the road to Dover yesterday evening, prompting the deployment of the Operation TAP temporary traffic system. The measure involves the implementation of a 40mph speed limit for all vehicles bound for the port.

The truck delays followed comments from Doug Bannister, chief executive at Dover Harbour Board, regarding the difficulty of getting hold of covid test kits.

Mr Bannister told the BBC that “the government has made lateral flow capacity available to some key areas. They haven’t stepped as deeply into our operations as we’d like them to. One of the things that would be really handy is for these key workers to be recognised, particularly when we start thinking about lateral flow testing and those sorts of activities.”

Bannister’s comments come despite the UK Government saying it is prioritising tests for key workers. The port has reportedly registered to be part of the priority scheme, but has yet to receive any tests – something that is said to be contributing to delays.

There are also fears that further delays could be ahead in the spring – provided more travellers decide to use cross-channel services. Chris Parker, director of capacity and passenger performance for ferry operator DFDS, told the Daily Mail:

“Any sort of significant return in terms of passenger numbers, that’s going to escalate the problem. It’s really, really important that we don’t find ourselves around Easter, for example, doing these sort of checks because it simply won’t work. The impact would be queues back on to the motorways of Kent, stretching back 10, 20 miles – there’s no question about that – and in fairly short order.”

Meanwhile, issues with the new GVMS system, although not widespread, are still cropping up and causing problems for some companies.

Michael Szydlo of import/expert advisory firm Quick Declare, told the Independent that clients have had to spend a whole day emailing back and forth with HMRC about lorries waiting at ports. Szydlo added:

“There are a lot of issues showing that GVMS is not yet fully ready. Lots of importers will get delayed at some point. There will be shortages from time to time. The situation needs to be sorted.”