Quick-change systems speed up the work in the Dachser warehouse. Logistics 4.0 in practice. 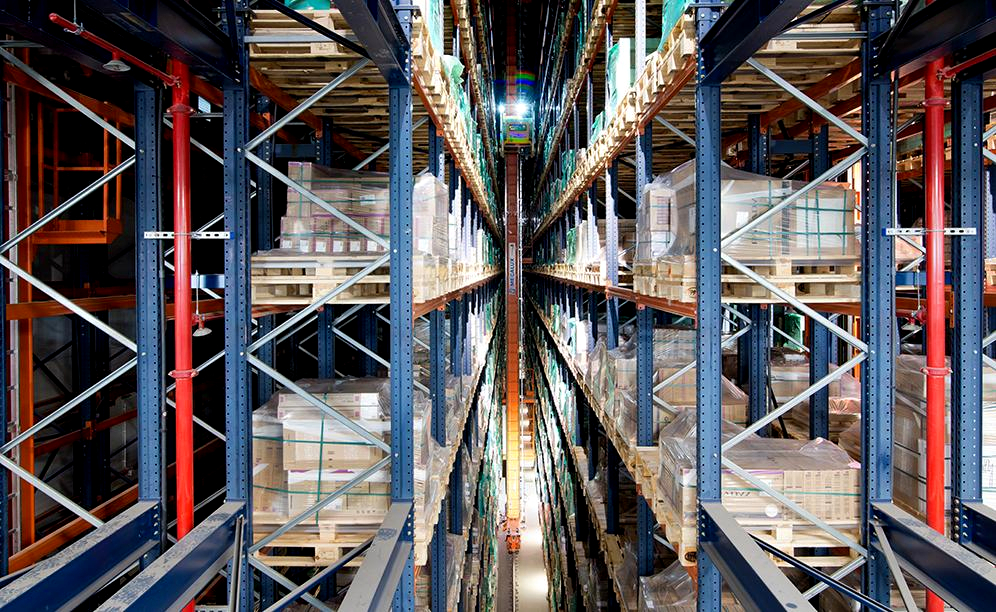 Quick-change systems speed up the work in the Dachser warehouse. This logistics operator operates worldwide, employs more than 30,000 people and has 399 locations. The decision to use the quick-change conveyor belts in the Kempten warehouse was made a few years ago.

The logistics hub of Dachser consists, among others, of pallet warehouses. The growing competition requires them to be increasingly efficient and flexible. In Kempten, this result was achieved by partially changing the warehouse equipment, specifically by using quick-change conveyor belts.

The task was clear. At the Kempten logistics centre, the picking processes had to be optimised within the existing pallet warehouse. The aim was to shorten the lead times. A picking system requires a high degree of flexibility due to the different packaging sizes and variations.

The quick-change conveyor belt is not only simple but also very efficient. It is based on roller tracks. Flow level is equipped with such tracks to form a roller bed. The individual channels are divided by means of universal tracks separating the individual lanes (in the case of particularly heavy packages with problematic infeed, the roller tracks are replaced with roller conveyors).

The use of quick-change conveyor belts is intended to provide logistics operators with maximum flexibility when picking packages of different weights.

The picking is more efficient, 50 flow channels are available per rack module. In the Dachser warehouse, the results were visible almost immediately. Warehousing has become more “transparent”, the speed of individual operations has increased. The base is made up of flow-shelf racks for general cargo, suitable both for use as a preparation rack in production as well as for storage and picking. These racks are versatile and, on the other hand, allow for transparent storage of goods. The “bonus” is short handling times, which increase the efficiency of the entire system and relieve the physical strain on the employees, while at the same time increasing the rotation of the warehouse. These advantages mean that – as the system providers assure – the costs of investment are often paid back within six months.

When using flow-shelf racks, the goods are stored transparently on the receiving end.

The goods are directly visible and the handling time is relatively short, which also reduces the picking time. Compared to the picking with the conventional racking system, it can be reduced by up to 40%.

In Kempten, the productivity of picking staff has increased (thanks to the careful separation of loading and unloading lanes), and the more compact storage of goods saves almost a third of the space.