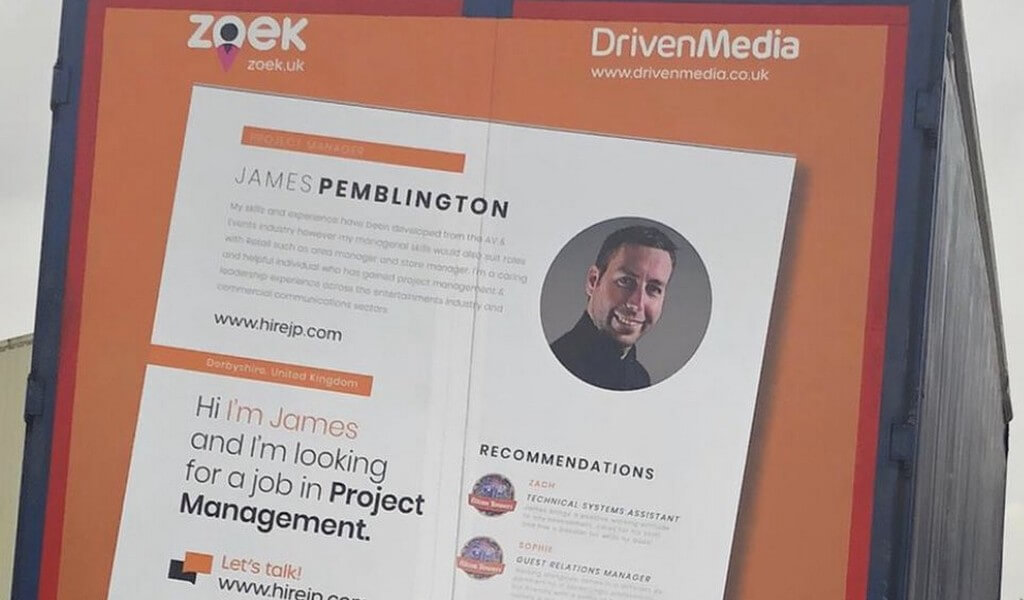 An events manager who lost his job at a major UK theme park has netted himself a position at a FTSE top 250 company after advertising his CV on the back of  a lorry.

Like so many others in the events and hospitality industry, 33-year-old James Pemblington was made redundant earlier this year.

James had been working as technical projects and events manager at the famous Alton Towers theme park, but was eventually made redundant in June after several months in furlough.

According to the Birmingham Mail, James then went on to to apply for 100 jobs, but was only able to get as far as the interview stage on 2 occasions.

However, the event’s manager’s luck changed after he won a competition by lorry advertising firm Driven Media. His CV was then advertised on the back of a truck, which was seen by a manager at Serco Group. As a result, James was offered a short term position at the company.

🍾🍾🍾🍾🍾 @v1car congratulations on securing a 3 month contract with @SercoGroup via your innovative approach to job seeking with us and @Zoekappuk we’re delighted to hear this news and can see the trip that did it’s magic from our GPS tracking! pic.twitter.com/uXfesHwz5b

James has described the experience of his CV being advertised on a lorry as „fantastic but surreal and odd”, adding „What else can 2020 throw at you? You have to get a truck sized CV to get a job.”