Removal of snow from a trailer can be easy. See systems that facilitate driver’s work 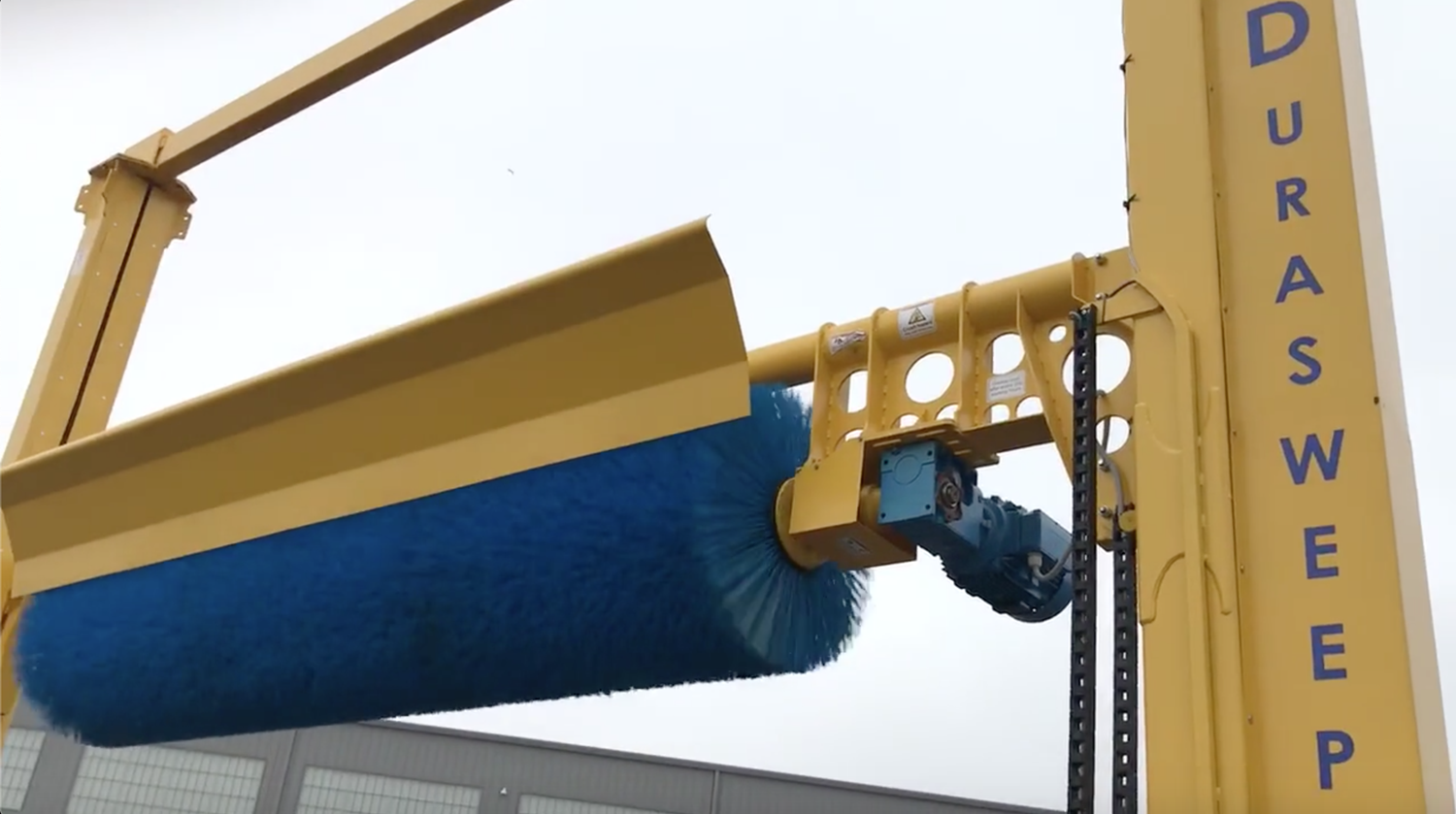 Winter is the time of additional work for truckers because on top of all other maintenance work, they have to remove the excess snow from the truck. Many companies offer technologies that can significantly facilitate this task. Here’s a list of the most interesting solutions.

The solution to the problem of removing trailer rooftop snow is the Durasweeper Commercial Vehicle Rooftop Snow Removal System. This automatic machine is simple and it is able to clean snow from the rooftops of truck trailers, containers, buses, and similar commercial vehicles. Durasweeper cleans the rooftop of the trailer in less than 1 minute. Drivers can safely clean the roofs of their vehicles and be on the road in no time without spending 30 or more minutes shoveling from the rooftop in freezing conditions and risking injuring themselves by slipping and falling off the scaffolding ramp.  With Durasweeper, snow is easily removed from trailer rooftops no matter the height of the trailer! Durasweeper is able to clean surfaces as low as 41 centimeters and as high as 5,5 meters of height.

Krone Ice Protect Easy is a system that raises the roof of a semi-trailer in such a way that both snow and water flow off the sloping surface. In this way, the driver no longer runs the risk of driving with dangerous ice blocks on top of the roof. The system is controlled by a control panel. Pressing the appropriate button activates the mechanism that raises the roof of the trailer by approx. 18 cm. This is due to the interconnected brackets placed between the elements of the roof rack.

RSAB is a certified system for preventing water deposition and creating an ice cover on trailers. The desired effect is achieved thanks to a special air-filled cushion. The entire system is located centrally between the tarpaulin and the roof supports, which allows you to raise the structure by approx. 17.5 cm. The roof takes a sloping shape, thanks to which both water and snow do not fall on the trailer.

The Fleet Plow system is an idea of the American company Scraper Systems. The entire system is automated. The driver approaches the unit and snow plough blade suspended on two high metal poles lowers to the height of the trailer until it is placed on the roof. A simple two-button control panel server to lower the plough. The trucker can then slowly move the truck forward, and snow and ice are scraped from the trailer. After the operation is over, the plough returns to its original position.

The Snow Out Truck system is a solution presented some time ago by the Polish company Klimawent. The maintenance-free device consists of two fans mounted on two metal poles. The trucker passes through the gantry at a low speed the air starts to blow from the fans directly onto the truck’s roof. In this way, the accumulated snow and ice are blown out of the truck. After the snow removal, the fans turn themselves off.