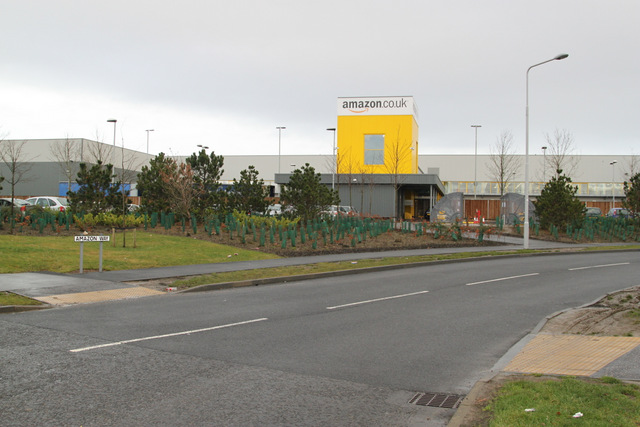 An undercover report by ITV News has uncovered evidence that Amazon is destroying millions of perfectly usable items from its Dunfermline warehouse every year.

Secret footage broadcast by ITV news inside Amazon’s Dunfermline warehouse shows that many valuable items that are difficult to recycle are going to waste. Smart TVs, laptops, drones, hairdryers, headphones, computer drives, books and thousands of face masks have been labelled with the word “destroy”.

Exclusive: Amazon is destroying millions of items of unsold stock in one of its UK warehouses every year, an ITV News investigation has uncovered.

Many of the products – including smart TVs and laptops – are often new and unused. https://t.co/OJjexB0YQd#AmazonWaste pic.twitter.com/UR7XrLWvIM

According to ITV News, the items have either been unsold or returned by a customer. In many cases, the returned items are also in a good condition, which means a lot of the goods destroyed could easily have been given to the needy instead of being destroyed or dumped.

The goods labelled with the words “destroy” are either sent to a recycling centre or a landfill site.

An anonymous ex-employee told ITV News that the warehouse normally had a target to destroy 130,000 items a week. The employee was also shocked about the value of the goods that were thrown away:

I used to gasp. There’s no rhyme or reason to what gets destroyed: Dyson fans, Hoovers, the occasional MacBook and iPad; the other day, 20,000 Covid (face) masks still in their wrappers. Overall, 50 percent of all items are unopened and still in their shrink wrap. The other half are returns and in good condition. Staff have just become numb to what they are being asked to do.

In addition to the footage and quotes from the aforementioned former employee, ITV also claims to have seen a leaked document that shows Amazon had 124,000 items marked “destroy” in just 7 days. By contrast, just 28,000 items were labelled “donate”.

As ITV explains, the reason for the waste is that the longer goods remain unsold, the more companies have to pay Amazon for storing them. As this period gets longer, a point is eventually reached where it is cheaper to dispose the goods than keep them in the warehouse.

We are working towards a goal of zero product disposal and our priority is to resell, donate to charitable organisations or recycle any unsold products. No items are sent to landfill in the UK. As a last resort, we will send items to energy recovery, but we’re working hard to drive the number of times this happens down to zero.