Figures released by the Good Business Campaign have revealed which FTSE 350 companies take the longest to pay, and who pays late the most often. Defence firm Meggitt PLC topped the list, taking 132 days to pay and failing to pay 85% of invoices on time. They were followed by Tennent Caledonian Breweries and travel company Tui. What does the data on the Good Business Campaign's website say about the UK's logistics companies though? We took a dive into the online database to find out. 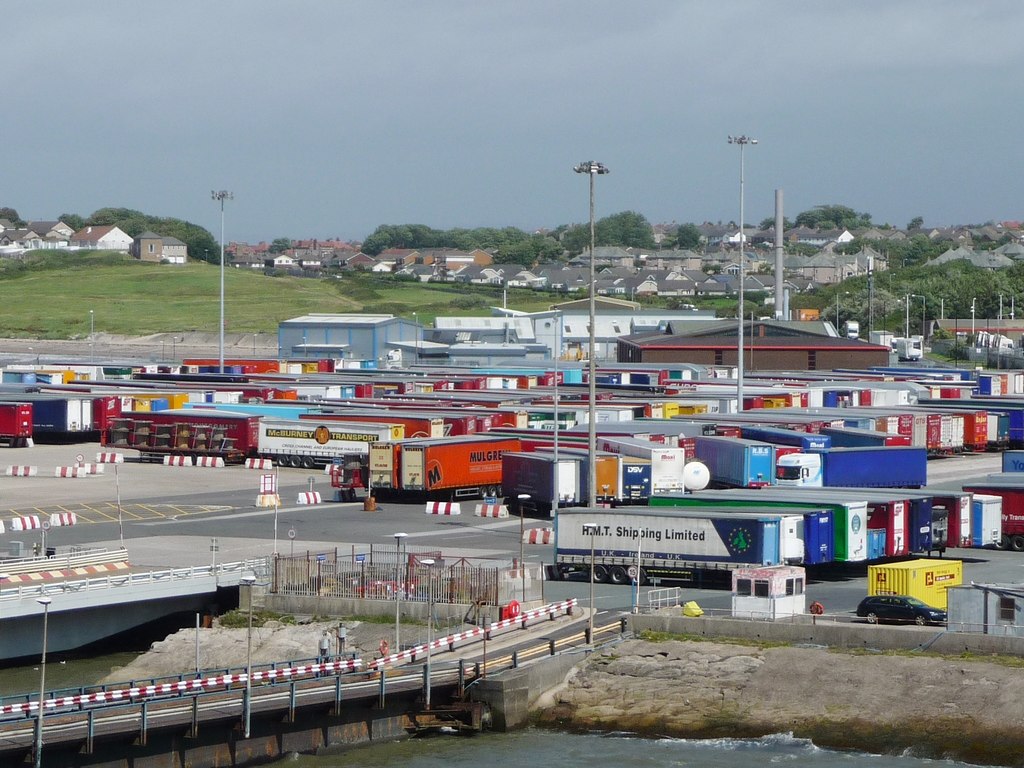 According to the Good Business Campaign, the figures on its website come from data published by the government that has been combined with surveys and feedback.

The organisation says it is calling on the “UK’s leading businesses to change their practices and pay suppliers fairly and quickly.” It adds that “the technology already exists to enable instant payments, so there is no excuse.”

In order to find how a select bunch of UK logistics companies compare according to the database, we have performed a number of searches and formulated the data into bar charts. 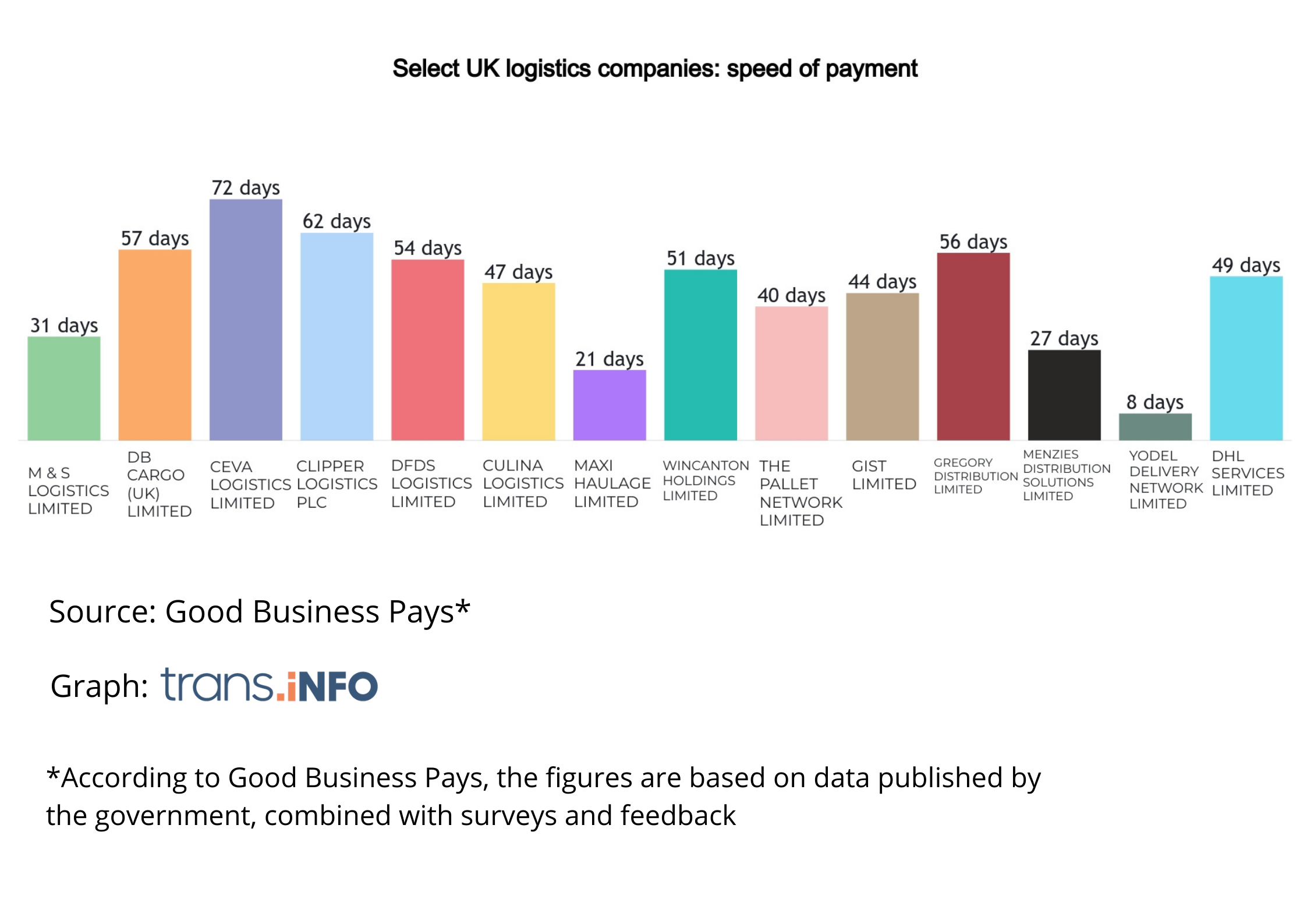 Looking at the data regarding how long companies take to pay, Ceva Logistics Limited are top of those companies on the chart, taking an average of 72 days to pay. This is 10 days more on average than Clipper Logistics, who come in second with 62 days.

Meanwhile, the fastest payers, as far as the Good Business Campaign’s database shows, are Yodel, who pay on average after 8 days.

When it comes to the volume of invoices paid late, the data shows a not dissimilar pattern: 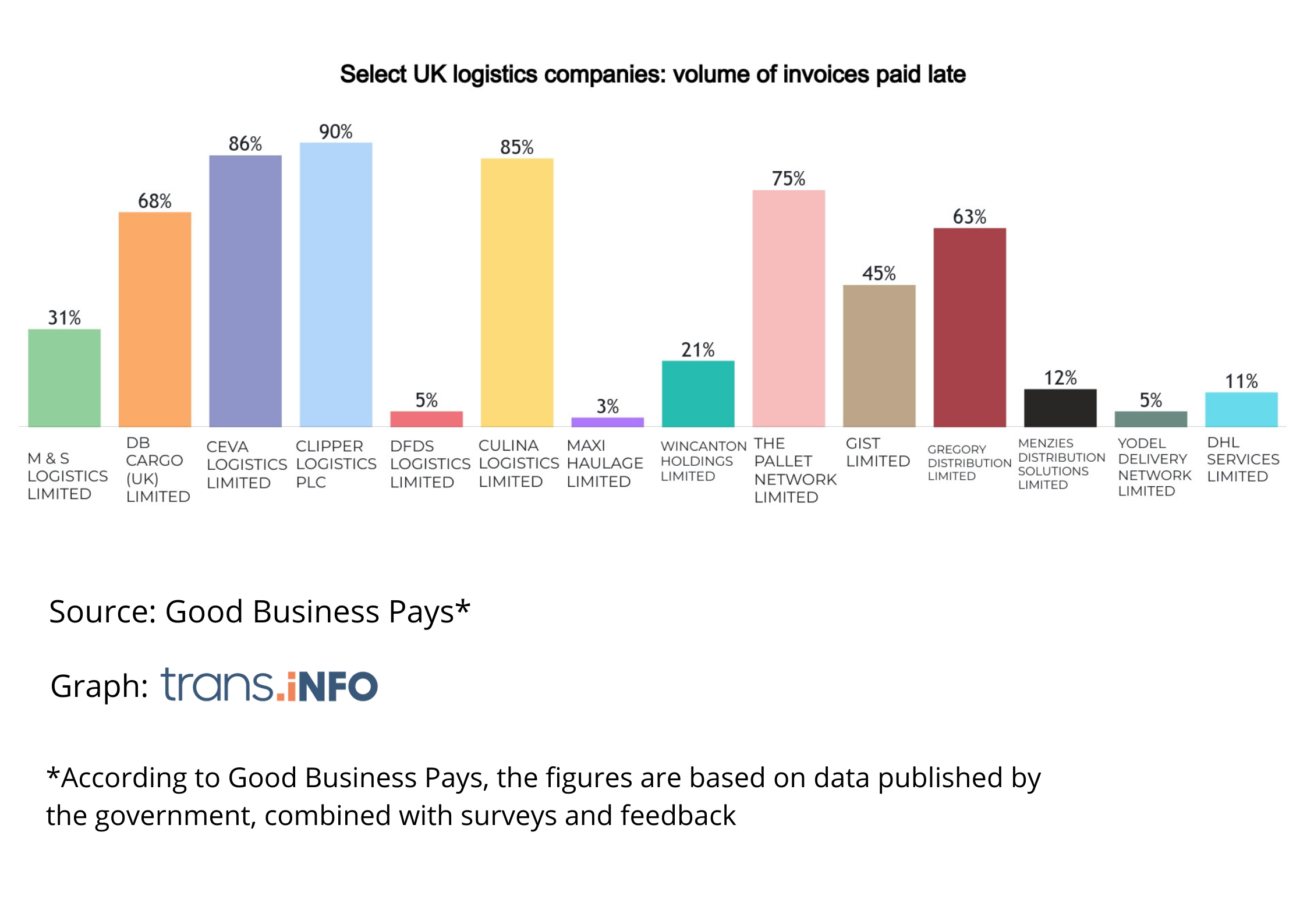 As the charts show, the 3 companies who take the longest to pay are also the 3 that have the highest volume of invoices paid late. Culina Logistics and the Pallet Network stand out on the second graph too, with 85% and 75% of their invoices paid late respectively.

Naturally, some of the companies on the database may take issue with the figures. Trans.INFO is in the process of contacting a number of the firms listed in order to get their perspective on the statistics.

Meanwhile, Terry Corby, chair of Good Business Pays, has told the Independent that large companies should be more responsible with their payments:

“Many of these large companies claim to be responsible, but they’re failing to do the basics such as paying their small suppliers quickly. We’d like to see FTSE leaders, and their stakeholders such as investors, make responsible payment practices a bigger priority.”

Photo © Copyright Christine Johnstone and licensed for reuse under this Creative Commons Licence.