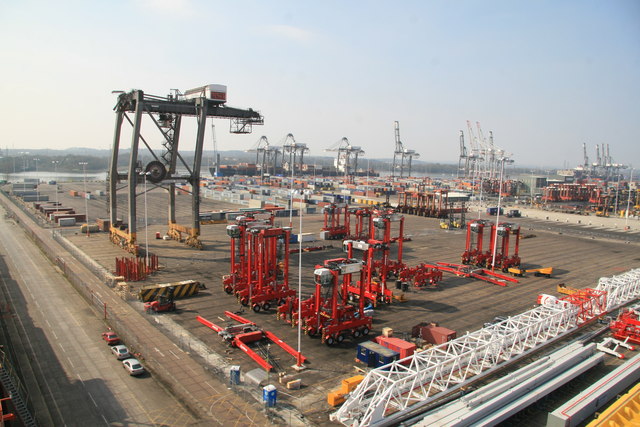 The RHA are among 14 organisations from the UK’s farming, food & drink, and supply chain sectors to have signed an open letter to the Secretary of State for International Trade, Liz Truss. The letter calls for greater clarity and collaboration from the UK Government over trade deals.

The signatories say they want the UK Government to establish a more rigorous and meaningful process of engagement and consultation with industry around all Free Trade Agreements, including the the Australia deal that is expected to be signed in the near future.

In addition, the 14 organisations have called for the response to the Trade and Agriculture Commission’s report to be published and its recommendations to be implemented quickly.

Finally, the open letter urges the UK Government to conduct a rigorous assessment of the cumulative impact of all the Free Trade Agreements it plans to negotiate, particularly when it comes to Australia, New Zealand, Canada and the United States.

While the letter clearly points out that the 14 organisations are ambitious and would welcome an ambitious trade policy, it also states that “we should be under no illusion that the EU market remains the most important export market, with it being the destination of two-thirds of all food exports.”

The open letter comes amid fears that low-price agricultural products from the aforementioned countries could decimate the UK’s farming industry.

“These negotiations will have a direct impact on how Scotland exports. The right deal may open new markets for our world class products, the wrong deal however, could have a real detrimental effect on Scottish produce”

The letter can be read in full below:

We are writing to you in respect of the Free Trade Agreement that is currently being negotiated between the United Kingdom and Australia.

As you know, farming, fishing, food and drink is one of Scotland’s fastest growing and globally recognised sectors, with a value of £15 billion and employing 120,000 people. It is disproportionately important to Scotland’s economy as compared to the UK as a whole. Central to our success over the past 10 years has been our growth in export markets across the world, with exports of Scottish food alone up over 100% since 2007. The foundation for this international growth is a strong domestic market. This is underpinned by world class standards of food safety, animal welfare and environmental protection; something that our industry is proud of and consumers value enormously.

Our industry is very ambitious to grow further in both existing and new export markets and we already invest heavily in this area through a programme of promotional activity and our dedicated network of in-market specialists based in cities across the world.

As such, we welcome an ambitious trade policy if it will open new opportunities for our producers. That said, we should be under no illusion that the EU market remains the most important export market, with it being the destination of two-thirds of all food exports. The new trading arrangements post-Brexit with our biggest export market, on our doorstep, have made this market more costly, complex and high risk to supply to. The detail in the TCA deal, which had virtually no time for scrutiny, continues to be hugely problematic, particularly in relation to sanitary and phytosanitary (SPS) measures. A top priority must be to reduce the scale of non-tariff barriers that have been introduced between the UK and EU and we consider the TCA deal as a cautionary tale in striking trade deals and then, on implementation, having to manage a range of significant and costly consequences.

We recognise the UK Government’s desire to move quickly to create new opportunities with nations beyond the EU. However, we are concerned that the pace of these negotiations, particularly the Free Trade Agreement with Australia, is too quick and denying the opportunity for appropriate scrutiny and consultation.

Trade deals are complex and markets are sensitive; the impact of the Brexit deal has demonstrated this.

The risks here are enormous for the whole food and drink supply chain and, in the absence of any formal impact assessment to suggest the contrary, we remain hugely concerned at the impact on sensitive sectors of our industry. We have heard reference to safeguards, which could be critically important, but we have seen no detail on this. On a wider point, any trade deal which does not prioritise the maintenance of our standards of animal welfare and environmental protection would be detrimental to businesses, consumers and the UK’s reputation. It would also run completely contrary to the recommendations of the Trade and Agriculture Commission.

Clearly, an FTA with Australia has added significance because any agreement with Australia could establish a framework for other Free Trade Agreements, including those with other major farming and food producing nations such as New Zealand, Canada and the United States.

As such, we believe there are a number of issues that need progressed as a matter of urgency:

Clearly the impact of Covid-19 has been severe for many businesses across the farming, fishing, food and drink sector in Scotland, subsequently compounded by the challenge of adapting to the new trading arrangements with the EU. In addition, our producers who supply the UK market are already operating in one of the most competitive retail and foodservice markets anywhere in the world, with margins under considerable and constant pressure. What we must therefore avoid is compounding these challenges further by creating irreparable intended and unintended consequences for our industry as a result of trade deals.

We are ambitious to identify and grasp opportunities to build wealth and jobs in our sector and wider economy. Trade deals could be an enabler of this but it is going to require collaboration between UK Government and the industry; collaboration which does not exist at present.

We would welcome the opportunity to meet with you as a matter of urgency to discuss these issues in more detail.