RHA representative: lorry driver strike “is not the way forward” 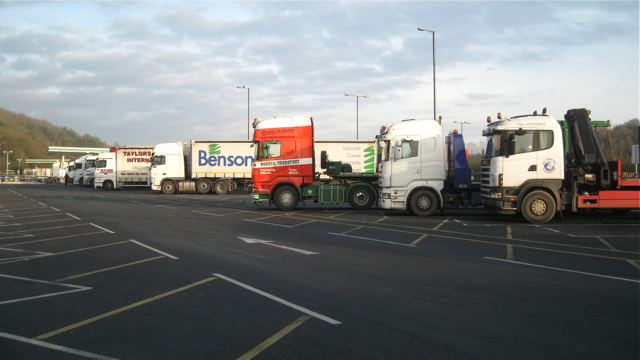 Amid reports of a UK lorry driver strike that could see over 3,000 truckers take part, the RHA’s head of media and communications has told the Guardian that “downing tools is not the way forward.”

The Guardian reports that some truck drivers are planning to organise a “stay at home” day next August in order to help bring about better wages and working conditions. Given that the UK is already experiencing a lorry-driver shortage as well as problems with the ‘pingdemic', the strike could cause even more havoc to supply chains.

A group on Facebook named ‘HGV drivers on STRIKE United Kingdom' has been set up to help mobilise truckers and grow support for the strike. At the time of publication, it has around 3,200 members.

In the description of the group, the motivation for the strike as well as the strikers' starting demands, are explained in detail:

The purpose of creating this group is to unite HGV drivers across the United Kingdom, all of you, who would like to see some changes in their profession.
I am a member of several different “drivers groups“ and I have noticed very common threads, repeating constantly on all of them. Those are: low wages, long hours, general disrespect and disregard to needs of drivers, including denied access to toilet facilities etc., no family or social life, more and more rules and expectations, increased responsibility and finally – massive exploitation. All this with wages going down, not up.

We are the backbone of the economy. The spine and the blood. Without transport, any country would be on its knees within a few weeks. There is a power in that. We should unite and stand together to try to change things. Let’s start with forming a petition to the government, stating our demands. If they won’t be met then a protest should start. With 77.000 drivers short at the moment, there never been a better time.

I have a few postulates, I think we could start with:

One of those involved in the strike is lorry driver Mark Schubert, who said on Friday that he had never seen such an opportunity for change in his 40 years working as a driver.

“We are trying to send a message that drivers are thoroughly fed up with the way they are treated by employers. Yet as long as stuff’s on the shelf, people don’t seem to give a damn about us,” says Schubert.

Unsurprisingly, the RHA has pleaded with drivers to avoid the strike. Their head of media and communications, Kate Gibbs, has told the Guardian that the proposed industrial action would “make things so much worse”:

“We understand the drivers’ frustration but downing tools is not the way forward. We don’t want to make a bad situation worse. A supply chain that runs like clockwork only requires the tiniest thing to throw it out completely. If you think things are bad now it’ll just make things so much worse.”

The RHA have long lobbied for measures to make it easier for hauliers to hire foreign drivers on a temporary basis. The organisation and its members hope that such a measure could alleviate the current shortage in the short term.

However, Schubert believes that in the current climate, there is no guarantee that truckers from the European continent will be ready and willing to take up temporary vacancies in the UK:

“Looking at the way [the home secretary] Priti Patel and her cohorts in the Home Office treat foreigners, they’re not going to be overly keen on coming back. Even if they can, are they going to be treated like criminals when they arrive at the border? This issue can’t be solved overnight. Even if you allow east European drivers on short-term work visas this is going to take six months to two years to fix.”

Photo © Copyright Robin Stott and licensed for reuse under this Creative Commons Licence.