Is it possible to have a single point of contact in road freight transport?

When one thinks about the stereotypical way that a customer’s loads are organized for road freight transport, one thing becomes certain: there are a lot of links in the chain that spans from a shipper to a carrier. While a shipper might not see the whole chain but rather the link that connects their loads with their desired end destinations for their cargo, a carrier’s offices are filled with planners, transport managers, customer managers, commercial specialists, and other supporting roles. The machine has to be well oiled in order for all of the gears to continue turning at an optimal speed, as if one begins lagging behind, the whole machine can screech into a halt. 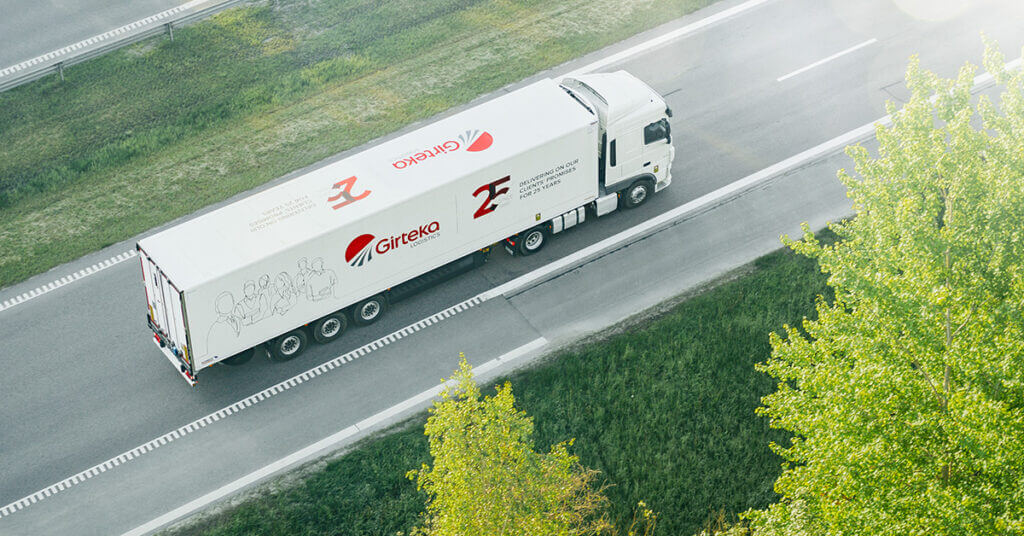 Even if you never were on the side of a client looking to move your goods, you probably have encountered a situation where as a customer, you had to go through multiple calls in order to receive the end result you wish for – a problem that has been solved. Despite logistics being a business-to-business type of industry, as a business sells its services, namely transportation, to another business, at the receiving end of it is a customer that has expectations and the wish for everything to be completed without a hiccup.

Whether it would be the transportation of temperature-sensitive goods, fast-moving consumer goods (FMCG), or products that are not time-sensitive, a vast array of problems could appear while they are in the back of a trailer and on the road. Even if no problems arise as the goods move, each customer has a unique set of challenges and requirements that must be adhered to.

With each customer bringing individual requirements to the table, the difficulty for road freight transport providers is managing their own fleets and ability to deploy trucks and trailers in a timely manner.

We have to come back to the fact that typically, the management within a logistics company is done via several links. There is the commercial side of the equation, in order for a truck to have a load, there is a planner in order to connect the load with the actual truck, and a transport manager to map out the journey from one point to the other, and a support specialist to alleviate any issues that could pop-up as the truck goes from point A to point B. While in some ways it sounds like a complex and fragile setup, as a single point of failure could break the whole link, yet, it is a system that also works as the different departments can handle a larger amount of tasks at the same time and be brilliant at one thing.

At the same time, there are ways of doing it differently, when a single manager is responsible for every part of the process. “It sounds crazy, I know,” commented Sigitas Meilūnas, the Chief Operating Officer of Girteka Fleet. “But that was one of the main ideas behind Girteka Fleet.”

The company, which essentially loans trucks with drivers to clients, sometimes even adding a trailer to the package, organizes its operations that way: a single person responsible for every part of the client’s experience. That means that a customer has a single point of contact.

“Instead of a customer getting in touch with a single person, who then has to look on how to solve an issue by talking to multiple departments. We do it differently, as a single person sees the big picture of a client and can plan, assign, and solve everything that is related to load in an instant,” noted Meilūnas.

A quick solution rather than having to go through the process of finding who is to blame for a problem is something that every customer desires. However, a typical road transport company would typically go through the latter “and would avoid taking responsibility for an issue,” described the COO. “Our first goal was to take our customers’ experience to the next level by having a single manager responsible for all of their matters – and we were able to achieve that by aiming for a quick response and a solution to a problem, rather than by throwing a hot potato of who is to blame that our truck was late to load, for example,” he continued.

However, much like everything, such a way of supporting and managing your customer’s expectations is not a silver bullet that has no weaknesses to it. The difficult part of it, of course, is finding the right people for the role.

“If someone has had to deal with the recruitment of people for a road freight provider, you know how difficult it can get to find great planners, great transport managers, or any other administrative roles,” said the COO. “Now, imagine how difficult it is to find a single person who can do all of those things, and then be able to speak several different languages in order to be able to communicate with more than a single customer. It is as if you are Tom Cruise in Mission Impossible.”

Changing the recruitment strategy was key in order to have enough personnel to sustain operations. The executive notes that while there was no need for the organization to bring in assistants for their all-encompassing transport managers, it meant that an investment of three to six months into training an employee resulted in a return: a fully capable multi-dimensional transport manager that is ready to take over a more senior role.

“There is a reason that Girteka Fleet now has that process in place. When I opened the doors of our company’s office for the first time, like a typical know-all manager, I wanted to optimize every process and eliminate the seemingly excess fat to be more efficient,” the COO shared his experience. “Then came the summer months. One manager wanted a vacation, another one booked his holiday several months prior, a third one just had his child and needs a little time to adjust to the new life balance and take his mind off work, while a fourth one wants to celebrate his newly-said vows in Bali, Indonesia, and suddenly, nobody is there to substitute them.”

The COO also pointed out that vacations and personal occasions were not the only reasons to bolster the company’s ranks of transport managers. “People burn out, get tired, and want to take time off work, perhaps even work odd hours to run basic errands, and that is why we hired even more people and began introducing evening shifts, as well as establishing a team of substitute transport managers.” The result, according to Meilūnas, was that people were more satisfied with their working and personal lives.

Still, as the company learned its lessons the hard way, there were positives of making a single manager as if they were their own independent company within Girteka Fleet. Such model, as showcased by surveys conducted by the road transport solution provider, enabled employees to feel more empowered by their work, as they made the final decision and they knew that the customer’s positive experience was in their hands.

“At the same time, it allowed us to create more human connections between the customer, our manager, and the driver. If a problem was at our end, as a driver was experiencing some issues, we can explain it in a more humane way. We have to remember that despite us looking for the most efficient ways of organizing road transport, there are humans behind those numbers with their issues, emotions, and needs,” stated Meilūnas.

While predicting the future without a crystal ball is difficult, we could expect the number of contacts to diminish as digitalization takes over the logistics industry. A scenario where a customer directly sends over the information of a load that needs to be transported, while a driver sits back and lets the truck drive itself to the loading location, overseen by a manager metaphorically sitting in a control tower is not something out of the wildest science fiction novel. “It is just a matter of time, I think, when we, as an industry, will reach a zero-contact point for a shipper to move their goods,” concluded the COO of Girteka Fleet.