Scania’s cabin saved from being scrapped. It is still shipping but how?! [video]

Two years ago, a former truck driver from Sweden bought an old tugboat. After the refurbishment, for which he used a Scania cabin, he is selling his unique boat.

Jörgen Paugart, a former trucker, currently rents Scania trucks, started an interesting project two years ago. In May 2018, he bought a 1950 Harald, an old tugboat, in need of repair. Because most of Jörgen’s professional life was connected to trucks, he decided to add the boat a special „finishing touch”.

We had several scrap cabins, so I took the chance to save one of them, „said Paugart, 53, in an interview with the Swedish portal hamnen.se.


The 12-meter long tugboat now has a Scania cabin in which the original truck interior has been preserved, including the steering wheel to control the ship. The unit is equipped with a Scania DC11 marine engine, which can be started using a lever. Interestingly, the „Scania ship” even has a reversing camera. 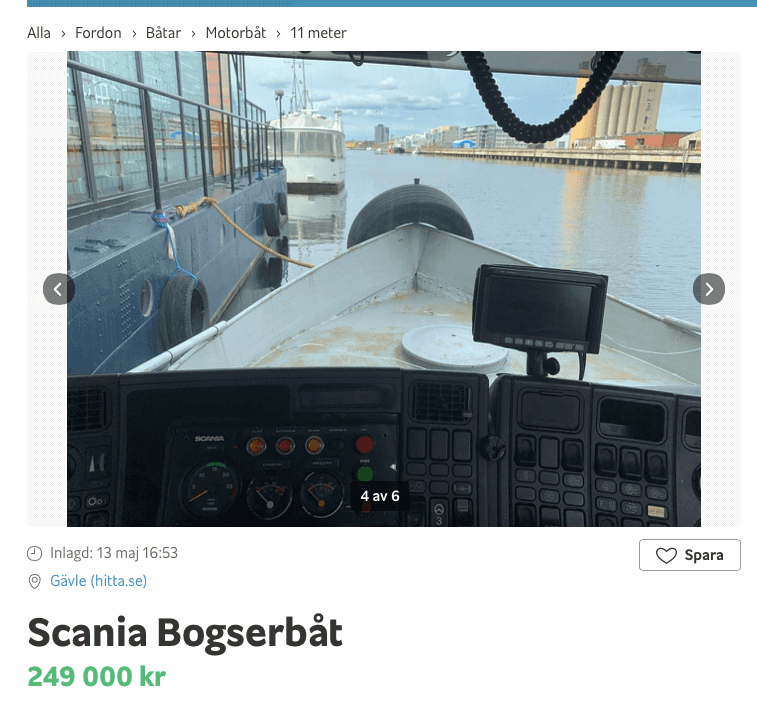 The boat is anchored in the Swedish port of Södertälje and has been put up for sale for 249,000 Swedish crowns (approx. 23 600 euros).