A Scottish woman has been given a year’s supply of dairy products after she was filmed pushing a Graham’s Dairy lorry up a snowy hill in the town of Cowdenbeath earlier this week.

Local resident Charlene Leslie was reportedly on her way to the local shop when she spotted a truck was struggling to get up the hill. She then opted to give a helping hand, despite the danger involved.

The act of kindness and bravery could have gone completely unnoticed. However, the clip of Leslie pushing the truck appeared on the Fife Jammers Facebook Page on Wednesday; it has since racked up as many as 222,000 views.

Leslie later admitted it was not a wise thing to do, as had the trailer rolled back, her life would have been in severe danger:

A load of people were trying to push a car up the hill when I noticed the Graham’s truck coming behind it. Its front wheels were spinning, and it was stuck from all the snow. My neighbour appeared, so I asked her to watch the kids and the dog while I pushed it from the back. Eventually it made it safely to the top. I suppose what I did was really dangerous, but thankfully the Graham’s truck got safely up the hill. In the moment I wasn’t really thinking about me, I just wanted to help. I would never just stand by when I see someone in trouble.

Dr Robert Graham Senior, Chairman of Graham’s The Family Dairy, said in a statement that he “couldn’t believe” what he was seeing during the video:

“When I saw the video of Charlene pushing one of our artic lorries up a steep hill single-handedly, I couldn’t believe it. As a family we are passionate about our fresh dairy products and like us, she will clearly stop at nothing to ensure they get delivered to our customers. Charlene’s intentions were incredibly kind. She not only made our family, farmers and colleagues smile, but clearly captured the hearts of thousands of people across the world who also watched her help others, without a thought for her own safety.”

In order to say thanks to Charlene and her family, Graham’s will provide her with free milk and “high protein dairy products” for the rest of the year. 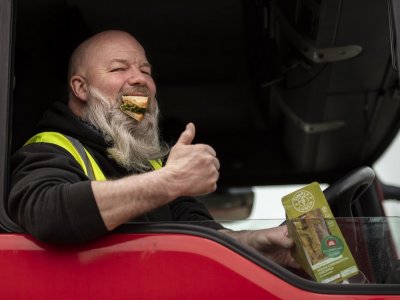 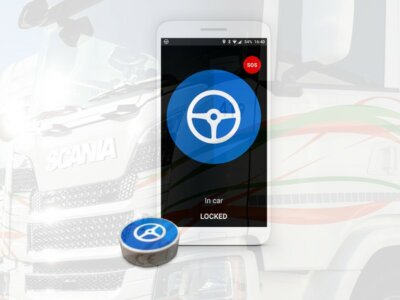