Seafood trucks descend on London in protest over „Brexit carnage” 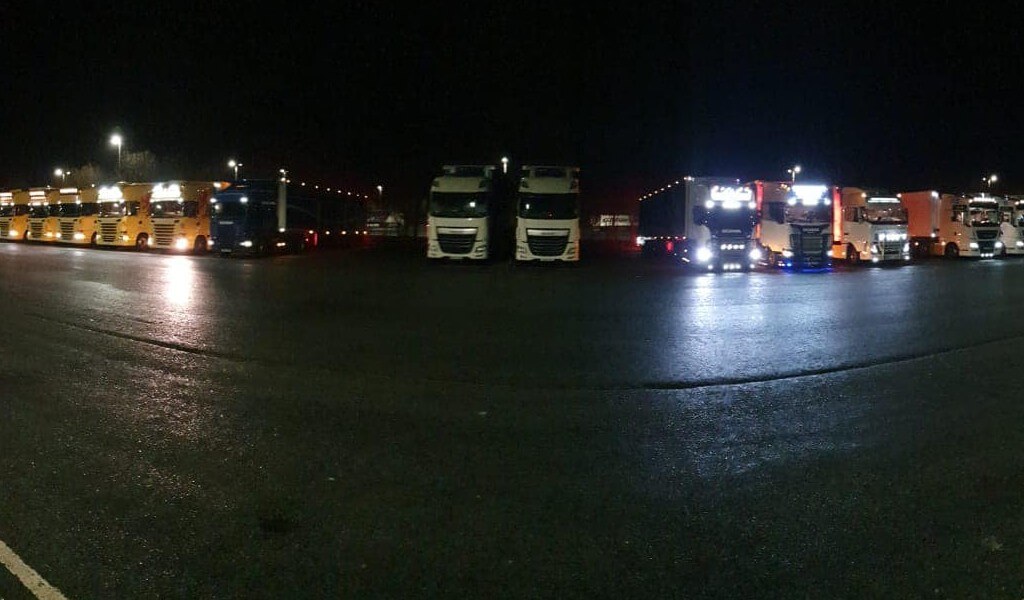 Lorries that normally transport fresh seafood between Britain and the EU have today descended on London in order to demand improvements to the way their goods are exported.

One company that’s taking part in the protest is AM Shellfish LTD, who sent down 3 trucks from Scotland last night.

Last week, AM Shellfish described the UK Prime Minister as a „disgrace” and said he „does not give sh*t about our industry and what’s happening to it at the moment.”

This morning, the company posted „When we all come together. Support our industry” on Facebook, along with photo of its trucks and a dozen or so others.

Photos of AM Shellfish’s trucks published on Twitter today also show that they have been decorated with the slogans „Brexit Carnage!” and „Incompetent Government destroying shellfish industry”.

Another company participating in the protest is D. R. Collin & Son Ltd, who say their 6 trucks have been joined by 20 others – not only from Scotland, but also England and Wales.

Earlier today, a spokesperson from D. R. Collin & Son Ltd told Sky News that one of the barriers to their seafood being exported was the UK’s outdated technology:

„All the training is going to waste as the technology is outdated and cannot cope with the demands being placed on it – which in turn is resulting in no produce being able to leave the UK. These are not ‚teething issues’ as reported by the government, and the consequences of these problems will be catastrophic on the lives of fishermen, fishing towns and the shellfish industry as a whole.”

Some of the lorries have been spotted on roads near Downing Street today.